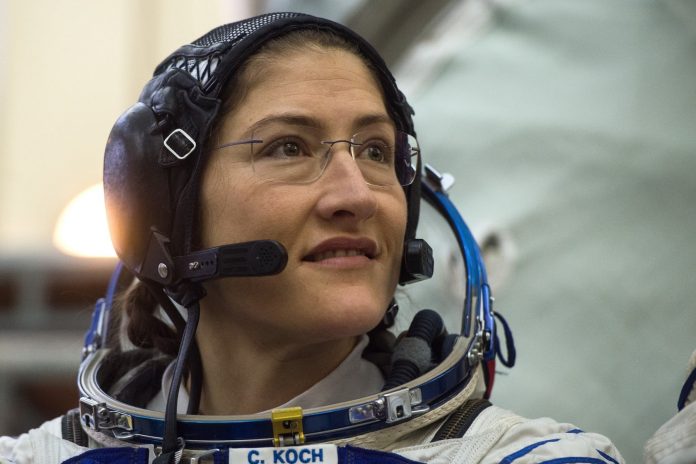 NASA’s first all-female spacewalk will take place outside of the International Space Station (ISS) on Friday, October 18 — and you can watch the whole thing live right here on Earth.

NASA will begin livestreaming coverage on NASA Television and the agency’s website beginning at 3:30 a.m. PT on Thursday. The first all-female spacewalk was originally set to take place in March, but had to be delayed because of an issue with spacesuit sizing and a lack of spare parts.

Astronauts Christina Koch and Jessica Meir will be conducting the spacewalk, though there’s a chance it might be delayed once again. Assuming everything works out, the actual spacewalk should kick off at 4:50 a.m. PT on Friday, and you can watch it in the player below.

The pair will venture outside of the ISS to make repairs — specifically, they’ll be installing new batteries. This will be Meir’s first and Koch’s fourth spacewalk.

When asked about whether it was important for her work to be recognized because of her gender, Koch said the following in a video posted to Twitter: “I think it’s important because of the historical nature of what we’re doing. There are a lot of people who derive motivation from inspiring stories from people that look like them, and I think it’s an important aspect of the story to tell.”

According to space.com, of the 566 people who have flown to space, only 64 of those have been women, and of the 38 currently active NASA astronauts, only 12 are women.

The significance of an all-female spacewalk — aside from it never being done before — is that it will pave the way for more female astronauts to make it to the ISS and beyond.

NASA has plans to land humans on the moon once again by 2024, including the first woman to go to the moon.

“I have a daughter. She is 11 years old, and I want her to see herself in the same position that our current, very diverse astronaut corps currently sees itself — having the opportunity to go to the moon,” NASA Administrator Jim Bridenstine said in a town hall in May. ”In the 1960s, young ladies didn’t have the opportunity to see themselves in that role. Today they do, and I think this is a very exciting opportunity.”