Home How to How to install an Intel processor
How to

How to install an Intel processor 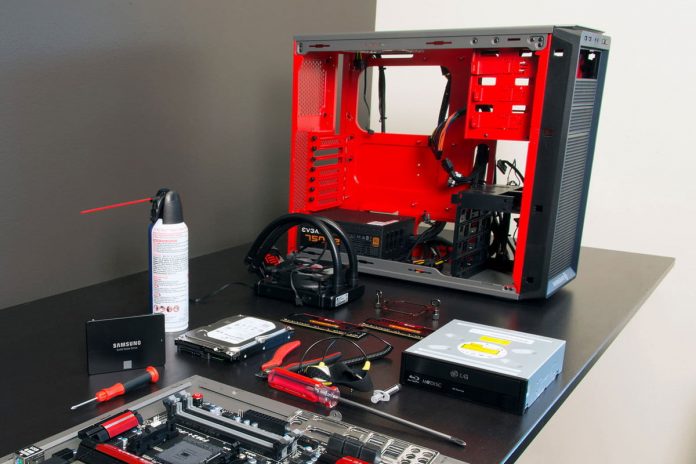 Installing an Intel CPU is just as easy as installing an AMD one, with some minor caveats that make it a little different. You’ll need a few pieces of equipment before we get started, but nothing that will cost you more than a few dollars. If you’re looking to learn how to install an Intel CPU as part of a full PC build, check out our comprehensive guide on the matter.

Before getting started with your CPU install, you want to make sure you have all the necessary tools to hand. The first isn’t strictly necessary, but one we always recommend it. An anti-static wristband.

This prevents any static discharge from damaging your CPU or your motherboard. We would also recommend that you perform the installation on a non-conductive surface like a desk, and don’t wear socks on carpet. If you don’t have a wristband, just be sure to ground yourself before and periodically during, the installation, by touching your PC case, or the PSU chassis.

You’ll also need the CPU itself, the motherboard you want to install it to, an appropriate CPU cooler (the one that came with the CPU is fine), some thermal paste if your CPU cooler doesn’t have any pre-applied, and a Phillips screwdriver if your CPU requires it.

It’s a good idea to have a lint-free cloth and some 100% isopropyl alcohol, should you get a little overzealous with the heatpaste.

The only obvious physical differences between Intel and AMD CPUs are the placement of the pins. AMD chips have the pins on the processor itself, while Intel has the pins in the socket. That means that it’s easier to handle the CPU itself without damaging it, but you need to be a little more careful during the installation.

Release the retention arm on the CPU socket by pressing it and lifting it to the side, and then lift it all the way up. You should see the socket move slightly at this motion. Remove the plastic bracket if you’re working on a new motherboard, or the old CPU, and place it to one side.

Take up your Intel CPU and look at its top side. In one of the corners you should see a golden triangle. This will line up with a plastic indent of an arrow on the socket itself. Use that and the notches on either side of the processor’s PCB to line up the processor correctly, then gently lower it into the socket. It should fit snugly without force. If in doubt, remove it and try again.

Once you’re confident the processor is in place, press down the retention arm to lock it in place. This does take a little force, but it shouldn’t be hard. Firm but gentle is a good frame of mind to use.

There are various ways to install the myriad of coolers out there, so for specific instructions, refer to your cooler’s installation guide. That said, the broad strokes will work for most and there are steps that the cooler installation manual may not cover.

Thermal paste is of paramount importance as no cooler surface is perfectly flat. Paste serves to fill in those gaps for better contact. Some coolers come with heatpaste pre-applied. If yours has that, then skip this portion of the guide.

Otherwise, you’ll want to use a popular commercial paste like Thermal Grizzly’s Kryonaut, and squeeze out a small, pea-sized lump in the center of your CPU. There is a lot of contention around the best way to apply thermal paste, but there isn’t much variance in the end results. This method is a great place to start.

Note: Some thermal paste is electrically conductive. While most isn’t, it’s a good idea to make sure not to get any on the underside of the CPU or within the pins it’s connected to. If you do, use the lint-free cloth and the isopropyl alcohol to clean it up before continuing.

Install the cooler following the manual and the paste will spread out as pressure is increased. If you’re tightening screws, be sure to tighten them slowly, a turn or two at a time in a cross pattern — one corner, then its opposite, and then the other two in the same way. This prevents the CPU from being overloaded on one side, which could damage your hardware or cause an uneven thermal paste coating.

Once the cooler is installed, connect the fan to the CPU cooler header on your motherboard. It will be a three or four pin header and will usually be designated CPU_FAN or similar.

If everything in the above steps has gone to plan, your CPU should be installed. Complete the rest of your build and plug everything in.

When you’re ready, you should test the system to make sure it’s working right. In the case of this guide, we want to test the CPU. The first step in that is making sure the system posts — that is, it beeps and then shows either the system logo or a bunch of numbers on a black screen. If it does that, it should boot to Windows or your preferred operating system.

If you make it there, congratulations, you’ve installed a CPU. It’s a good idea to make sure temperatures are where they should be. To do that, install something like Intel’s Extreme Tuning Utility (above) or HWInfo and look at the idle CPU temperature. It shouldn’t be too many degrees above ambient. Testing it during a game or using a benchmark is a good idea too.

If everything looks good, you might want to consider trying to overclock your CPU.

If you run into problems with the CPU not booting, or temperatures being too high, your best bet is to reseat the processor. Repeat the above steps in reverse to remove the processor, then reinstall it using those same methods.

Facebook
Twitter
Pinterest
WhatsApp
Previous articleLive updates: The Pixel 4 Made by Google event as it happens
Next articleErase coffee stains and edit PDFs on the go with Adobe Scan, Acrobat updates

Space Force lands at Netflix later this week. The new comedy series co-created by and starring Steve Carell focuses on
Read more
How to

For the first time in nearly nine years, Americans will return to space in a historic mission called Demo-2 conducted
Read more
How to

The seventh and final season of The 100 has arrived. After months of unending war and terror on the ground,
Read more