Home News Google Shopping gets a price tracker and a new ‘Buy on Google’...
News 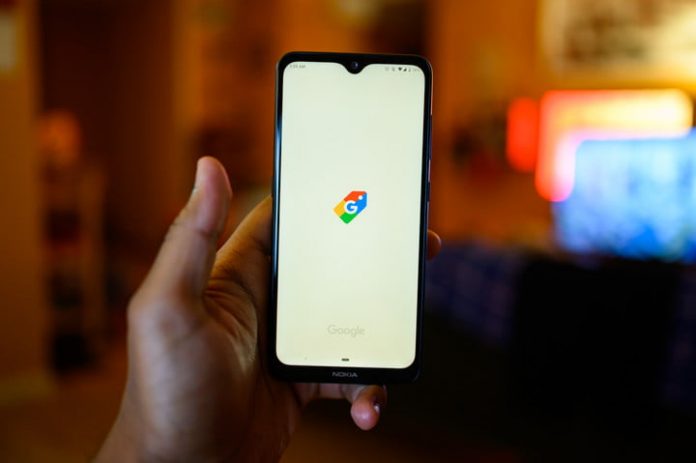 Express? Shopping? Google’s commerce strategy hasn’t been cohesive, but the company is making strides to change that. Earlier this year, it announced the rebrand of the Google Express shopping service to Google Shopping, and now Google is introducing several new features that make service a little more useful.

What is Google Shopping?

Google Shopping is a retail site that contains a wide range of products from a variety of stores such as Target and Walmart. When you add multiple products from different retailers to your cart, you can pay for all of them with a tap of a button, rather than have to buy each item from each respective retailer. For example, if I add paper towels from Target and a charging cable from Best Buy, I don’t need to purchase them individually — I can add them both to one cart and pay for them at the same time (the products will likely come in two separate packages, though).

You can access Google Shopping through the Android or iOS app, the website, or through the Shopping tab on Google Search when you search for a product. It’s all one experience now, and Shopping further integrates with Google’s other services like Google Images and Google Lens, but more on that later.

A new feature coming to the Google Shopping experience is a colorful icon that will pop up next to select products. This marks it as a “buy on Google” product, meaning the store has opted to participate with Google’s program. What does it mean for you? The product is backed with a Google guarantee, offering 24/7 customer service, “easy checkout,” and free returns up to 90 days. Google said retailers enrolled in the Buy on Google program are vetted, ensuring the products they sell are of a certain caliber.

“We have a list of standards that merchants have to abide by — we don’t want to let scammers into the program,” Bhanu Narasimhan, director of product management at Google, told Digital Trends. “Merchants can come to Google now and sign up, and once they go through a certain set of checks, we’ll let them be a partner.”

When asked whether Buy on Google products would surface higher in search rankings over competitors that don’t have the Google badge, Narasimhan said the algorithms work in a “fair way” and there are a lot of factors that are considered. There’s an algorithm based on paid search results, from retailers bidding with others to have their products rank higher, and there’s another algorithm for unpaid products that rely on relevance to the query to surface in searches (as well as other metrics).

“Keeping in mind that there are these two types of algorithms, there’s not a preference given for Buy on Google versus not,” Narasimhan said. “If it happens to be the right thing in the right context, it will show up.”

A Buy on Google purchase has another perk: Google said it’s committing to offset 100% of the carbon emissions for shipping purchases made on Google.

The marker shows up on products searched for through Google Shopping, Google Search, Google Assistant, and will eventually come to Google Images and YouTube.

A price tracker and checking stock

Google already tracks the prices of flights you might be interested in for your next vacation, and now the company can track prices for products you may be interested in purchasing. If you tap on a product in Google Shopping, you’ll see an option to toggle on “price track,” and if the price drops, you’ll get a notification or an email alerting you the change. These prices are pulled from the data retailers share with Google.

The Google Shopping app also shows off the prices for a product from several retailers in one view, making it easy to see what the most affordable option is and from what store. This feature has been available for some time, but it’s a little more prominent now with a fresh design, and you can also see the final price including tax and other helpful information.

Another new addition is the ability to check whether a product is in-stock at a store. This works for looking at retailers in the Google Shopping’s map view, so you can see what stores nearby have the product you want in-store, but it’s also a new addition to Google Images. When you now search for a product in Google Images, you’ll see labels stating whether the product is in or out of stock at the relevant retailer.

Google Lens gets a Shopping tie-in

Google Lens, available in most Android phones through Google Assistant, lets you point your smartphone camera at anything in the real world, and Google will use its computer vision prowess to identify objects in the scene. There are multiple things you can do with Google Lens, but one of them is to find similar-looking objects or clothes. A new addition is the ability to see different styles of a particular article of clothing — this feature launched in the U.S. late last year, but it’s now rolling out globally.

For example, if you aren’t sure how to style a new clothing item you bought, like a dress or shoes, take a picture through Google Lens (or you can upload pictures), and Lens will show you similar-looking results. Scroll further down for a new section that will offer up pictures from around the web of people wearing the same if not similar items, offering inspirations for how other people have styled these items.

That’s not all — Google Lens now also works in Google Images. If there’s an item in a picture you’re looking at but you can’t find much information about it, tap the new Lens icon and it will offer up similar results (if not the same item).

Google Lens also works on iOS but through the Google Search app.

There’s a lot more in store for the future of Google Shopping. One feature Google is working on is to bring all the items you have saved on other Google services — such as from Google Search or Google Images — into one place in Google Shopping, alongside your shopping list.

The new additions to Google Shopping are rolling out Thursday, October 3.

The multi-million dollar ransom amount was paid to the hackers via a third-party intermediary.What you need to knowWearables maker Garmin
Read more
News

The phone boasts class-leading specs, including a powerful Helio G80 chipset and a quad-camera setup.What you need to knowXiaomi has
Read more
News

The multi-million dollar ransom amount was paid to the hackers via a third-party intermediary.What you need to knowWearables maker Garmin
Read more

The phone boasts class-leading specs, including a powerful Helio G80 chipset and a quad-camera setup.What you need to knowXiaomi has
Read more