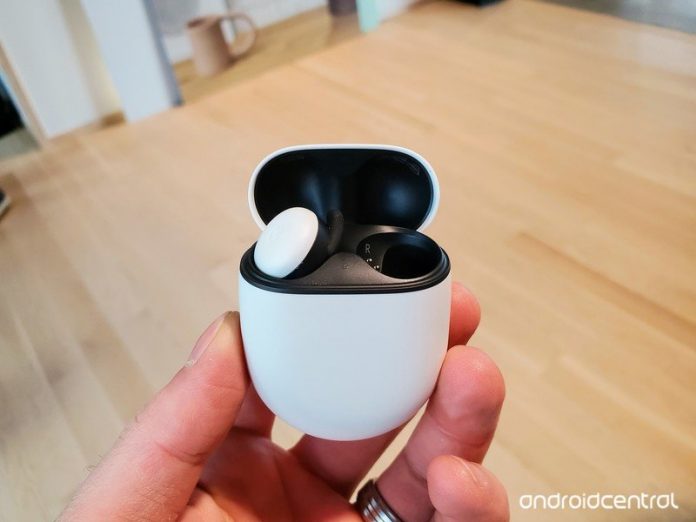 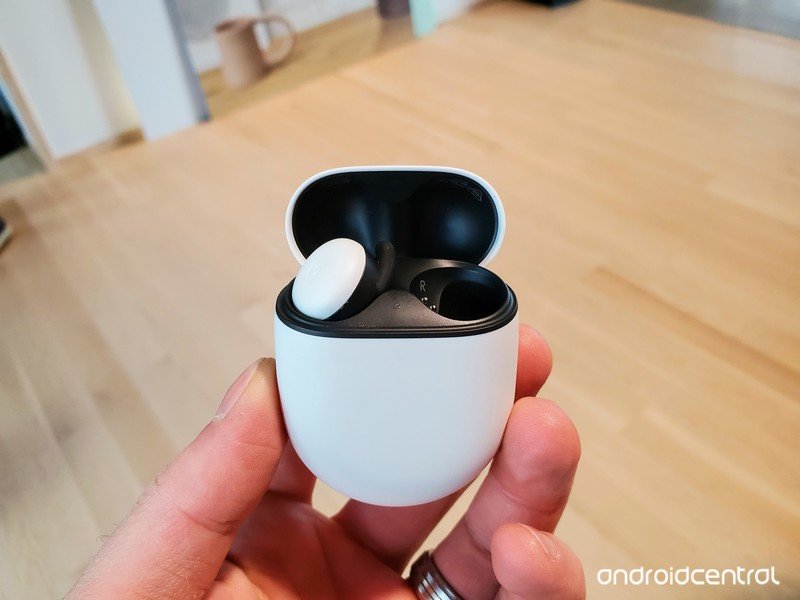 I spent the least amount of time with Google’s new Pixel Buds at the Made By Google event in New York City, and that was by design: the product isn’t ready yet. No one is allowed to wear them, to hear how they sound, or to experience the machine learning-generated Google Assistant feedback, which promises to expand the voice assistant’s integration into near real-time territory. And yes, they share the same name as their 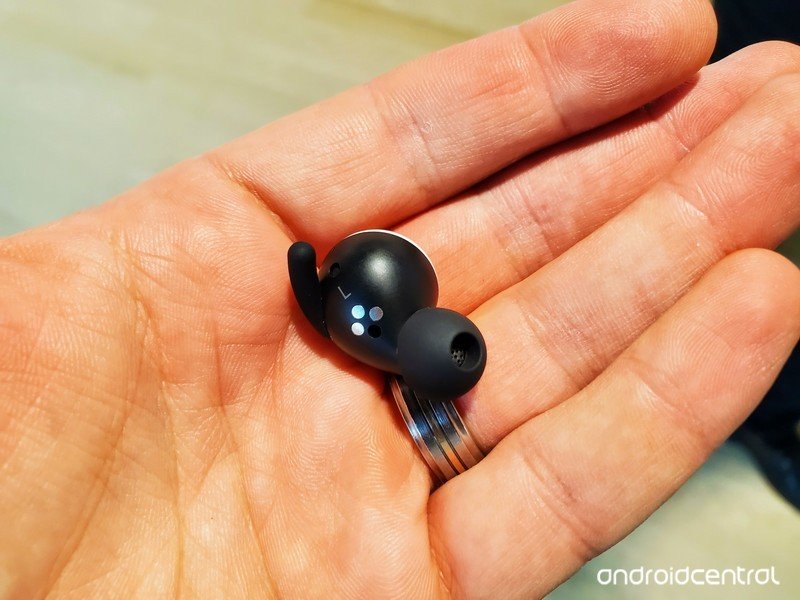 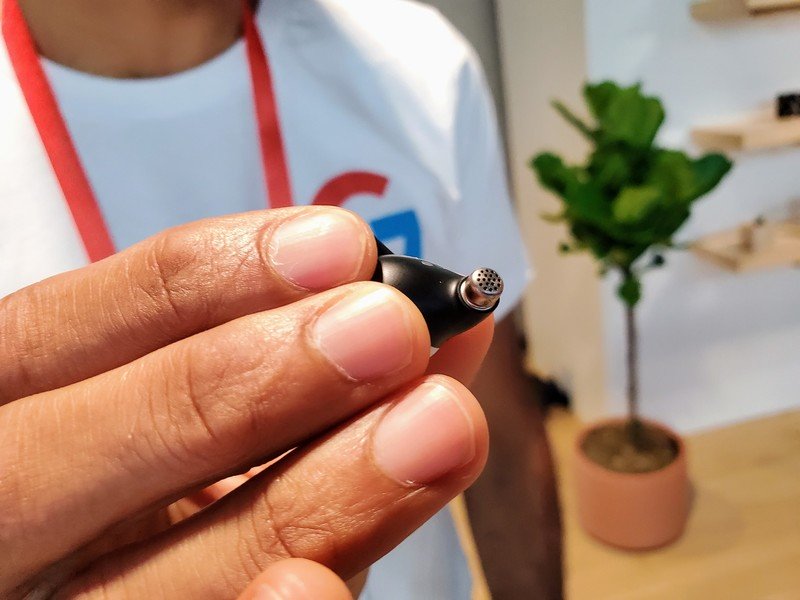 Instead, the consolation was that I got to see the new Pixel Buds, which are truly wireless and live in a case that, when closed, looks like a distorted version of the old that holds Apple’s AirPods. And what I saw impressed me.

First, they’re tiny. Google says that they’re among the most compact true wireless earbuds on the market, though we don’t have exact dimensions just yet. Anecdotally, I think they most resemble Samsung’s Galaxy Buds, but they’re closer in size to Jabra’s upcoming Elite 75t. 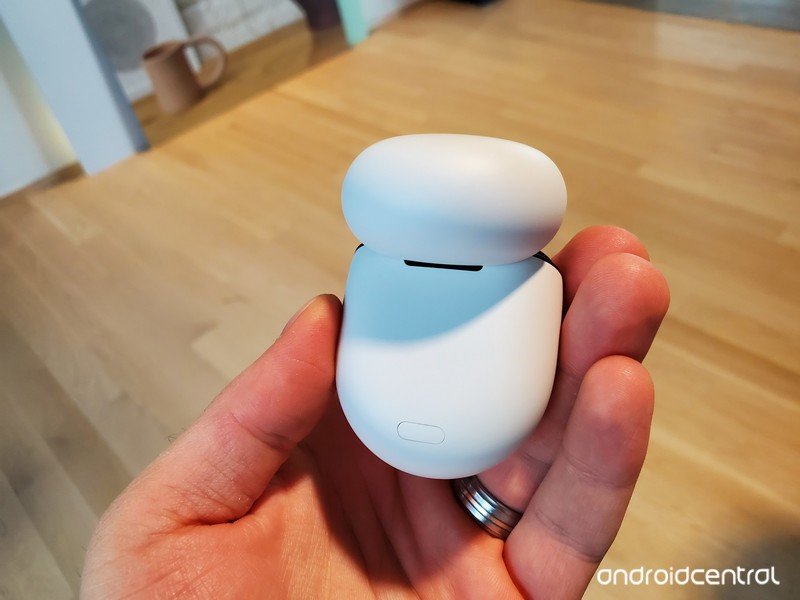 The case is magnetic, and Google says that each earbud has five hours of battery life, with an additional 24 hours afforded by the case, which is fast charged via USB-C or, optionally (and excitingly!) via Qi wireless charging. Go, Google!

Google’s taking sound seriously, too: it was eager to show off the earbuds’ custom 12mm metallic drivers, though it’s unclear at this point their actual frequency range. Suffice it to say, that’ll be the first thing we test when we get them next spring. 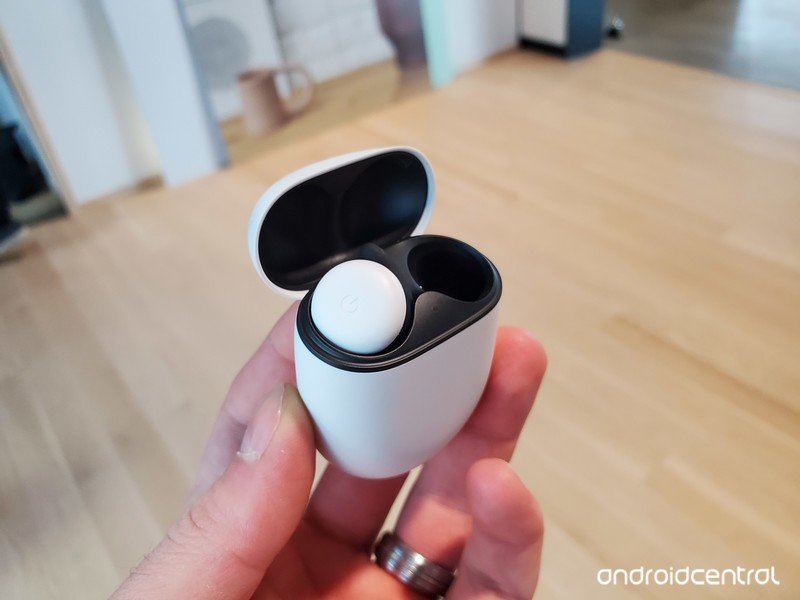 The Pixel Buds reportedly come with three ear tip sizes in the box, a standard loadout in the industry, and when properly fitted offer a modicum of passive isolation — certainly more so than AirPods. But Google doesn’t want to emulate the overwhelming isolation of other earbuds, outfitting these Buds with an ambient vent that lets in some sound from the outside.

There are still a bunch of question marks, though: is there an active passthrough feature using the built-in microphones? Is there an ambient sensor onboard to pause songs when an earbud is removed? They may be water and dust resistant, but do they stay in the ear while working out? And most importantly, how do they sound? 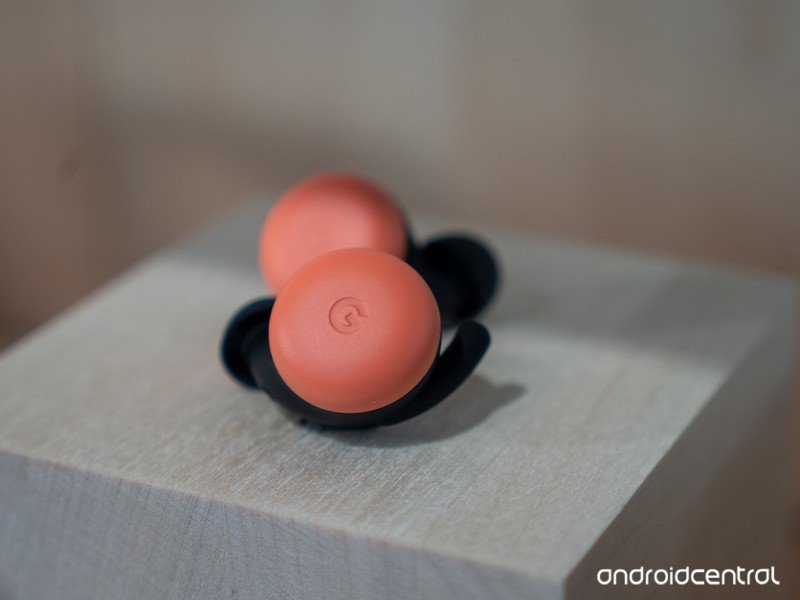 Each Pixel Bud has a dedicated machine learning chip inside it, which facilitates on-device processing of voice input. At a minimum, Google intends to offer hands-free Google Assistant support, but the company is touting some additional features that are currently in development — hence the wait until next spring.

When they’re available, they’ll cost $179, a fairly steep price when the Galaxy Buds cost $50 less, but certainly in line with competitors from Apple, Jabra, Jaybird and others.

Are you interested in the new Pixel Buds? Let us know in the comments below!

Facebook
Twitter
Pinterest
WhatsApp
Previous articleEager to buy the Pixel 4? Here are the best places to purchase it!
Next articleGoogle Pixel Buds 2 hands-on review: All about the assistant

It could debut sometime in the third quarter of the year.What you need to knowThe second-generation Motorola RAZR smartphone could
Read more
News

Earth, Water, Air, Fire and Spirit.At the Game Awards 2019, we got our first look at in-engine footage for a
Read more
News

Red and blue is coming at you from every direction.What you need to knowA new Memorial Day update for Beat
Read more

Google Accessibility enables people with disabilities to get the most out of their smartphone via free apps. The tech giant now offers three new apps that can help the elderly or other people with cognitive impairments better use their phones with less effort.Google Accessibility – 3 new apps added to the mixGoogle Accessibility, as the name implies, targets enabling its audiences with different handicaps. In their latest blog post, Google talks about their efforts to further help people with cognitive issues by making their routine more streamlined and accessible.Action Blocks Action Blocks is the latest app on the Google Play Store. You can create customized spaces on the screen that on a single tap carry out an action for you. All of this from your home screen.You can create a dedicated block to dial a loved one without accessing the dialer app, or adjust the lighting in the room to a specific setting, all from the Action Blocks app.Live Transcribe The Live Transcribe app has been improved to add more languages to its list which include Albanian, Burmese, Estonian, Macedonian, Mongolian, Punjabi, and Uzbek. In addition, it also brings brand new features targeted to a new audience.Your phone will vibrate when someone nearby says your name.You can now add custom names or terms for different objects or places that might not be in the dictionary.A revised search bar lets you search through past conversations more easily. To enable it, turn on ‘Saving Transcriptions’ in Settings. When enabled, transcriptions will be saved on your device for three days in local storage.Sound AmplifierThe Sound Amplifier app now enables people who are hard of hearing to experience their favorite content with minimal disturbance. Users can now connect their Bluetooth headphones and place their phone near the source of the sound e.g. a television, to get the audio transmitted to their headphones without taking up the volume.The app also works for boosting the volume and clearing up the audio of apps on the phone. Whether you’re listening to music or watching a video on YouTube.With all of these additions, Google’s commitment to accessibility is indeed a commendable effort. Especially with many elders staying indoors due to the Corona Virus, these new features are a welcome addition.
Read more

Summer is quickly approaching, the stay-at-home restrictions are slowly lifting, and things are looking better. Now’s the time when you leave those lazy days behind and start exercising and getting more active.Now’s the time to pick up a new smart watch. Why? For starters, they’ll help keep track of things and hold you accountable. Not only that, but it can help cut your phone time down, too.Buying a new smart watch doesn’t have to cost all that much money. Take the ChronoWatch, for instance. Priced just $36.99, it offers up a full 1.4-inch color touch display, waterproof coating, and support for 16 different functions.Track sleep, steps, calories, blood pressure, distance, heart rate, and more with this affordable smart watch. Indeed, the ChronoWatch also provides glanceable weather, alarms, music controls, and notifications to popular apps.On top of all of this, it pairs via Bluetooth to both Android and iOS phones and offers up a seven day battery.ChronoWatchTrack your daily activity, including steps, calories burned, mileage & heart rateMonitor your blood pressure & blood oxygen levelsWear it anywhere, anytime thanks to its sweat & waterproof designControl phone calls & musicGet alerts for SMS, Facebook & moreView the time, date & week on the sleek 1.4-inch screen displayBuy Yours Today!Stop over to the AndroidGuys Deals Store today and order your ChronoWatch for just $36.99, a savings of some 81% off original retail price.For a limited time (until May 26), you can save an additional 20% on the ChronoWatch, getting it for a mere $29.60 after it’s all done. Simply use coupon code SUMMERSAVE20 at checkout. You’re welcome.
Read more

It could debut sometime in the third quarter of the year.What you need to knowThe second-generation Motorola RAZR smartphone could
Read more