Home News Google Pixel 4 XL vs. Samsung Galaxy Note 10 Plus: There can...
News

Google Pixel 4 XL vs. Samsung Galaxy Note 10 Plus: There can be only one 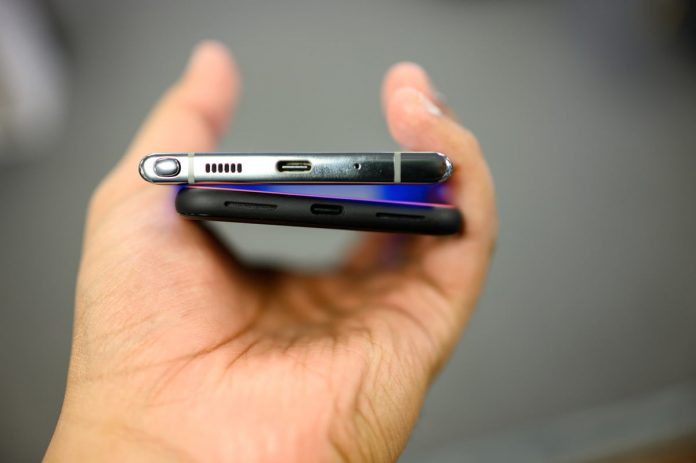 The Samsung Galaxy Note 10 Plus dethroned the Pixel 3 on our best smartphones list as our favorite Android phone, can Google’s Pixel 4 XL take back the title? These are two very desirable smartphones, but Google and Samsung take a completely different approach in many ways. Google’s slick software goes up against Samsung’s stylish design, as we compare the two devices in various categories to help you decide which one to go for.

With a Qualcomm Snapdragon 855 processor in both phones, you won’t run into any performance issues here. The latest apps and games will run with ease, and navigation will be smooth. The Pixel 4 XL has an ample 6GB of RAM, but the Samsung Galaxy Note 10 Plus doubles that to 12GB of RAM. To be honest, 12GB of RAM is overkill, but if you love to have loads of different apps and games open at once and you expect to be able to dive in and out of them at speed, the Note 10 Plus may serve you a little better. The Note also has a lot more storage with 256GB or 512GB options available and a MicroSD card slot; the Pixel 4 XL comes in 64GB or 128GB models with no room for expansion.

The battery battle is more clear cut because the Note 10 Plus boasts a 4,300mAh battery that lasts a day of heavy use, while the Pixel 4 XL relies on a 3,700mAh battery, which might require a bit of charging before the end of the day if you’re using it heavily. Samsung’s phone also ships with a 25W charger, which helps it charge up in an hour, whereas it will take an hour and a half to recharge Google’s phone with its 18W charger. The Note 10 Plus also gets far more juice in the first few minutes of charging it, which is handy, and you can go even further and buy a separate 45W charger if you want even more battery life in a shorter time.

Both support Qi wireless charging, but the Note 10 Plus can charge faster and it can share power with other Qi-certified devices.

While Google’s design overhaul for the Pixel 4 XL is perhaps more pronounced, Samsung did change up the look of the Note series with the 10 Plus. These are both glass phones with aluminum frames, but the similarities end there. Google’s phone has a bezel below the screen and a big bezel above it, which houses the front-facing camera and the new radar system and secure face unlock.

It’s not the most modern look, unlike the Note 10 Plus which has impossibly thin bezels, a hole-punch camera, and curved edges that melt away at the sides. On the back, Google has a rounded square for its camera module, while Samsung opts for a vertically stacked arrangement in a lozenge. The Pixel 4 XL is flat front and back, with a rounded frame, but the Gorilla Glass 6 of the Note 10 Plus curves into the frame front and back, enabling it to pack in a much larger screen without increasing the overall footprint that much. Both have a standout color that elevates the design and it’s “Oh So Orange” for the Pixel and “Aura Glow” for the Note.

One perk on the Pixel, which uses Gorilla Glass 5, is that it has a matte texture on the orange and white color options, which means you almost never have to wipe smudges or fingerprints from it. That’s something you’ll constantly be doing on the Aura Glow Note 10 Plus, and it’s much easier to see tiny scratches on the Samsung phone than it is on the Pixel.

These phones demand a protective case if you expect them to stay damage-free, but they both boast an IP68 rating which means spills, rain, and even submersion are nothing to worry about. The Note 10 wins for being the more futuristic-looking phone.

You’ll find a 6.3-inch OLED screen in the Pixel 4 XL. The Samsung Galaxy Note 10 Plus has a larger, 6.8-inch Dynamic AMOLED screen. Both have the same resolution, which means that the Pixel’s screen is sharper, since it’s smaller. What really tips the scales in favor of Google’s phone, though, is the 90Hz refresh rate, which results in a smoother feel when you swipe and scroll and less blurring when you play fast-paced games.

Both screens are excellent with deep blacks and accurate colors, but the Note 10 Plus does get noticeably brighter outdoors, making it problem-free when looking at the screen in sunny conditions. The Pixel 4 XL’s screen gets sufficiently bright, but you might feel yourself squinting sometimes.

You may prefer the brighter screen or the extra real estate on the Note 10 Plus, but for us, the high refresh rate means we prefer the Pixel 4 XL’s screen.

While the Samsung Galaxy Note 10 Plus has a superior camera suite on paper with a quad-lens setup that comprises a 12-megapixel main lens, a 16-megapixel ultra-wide-angle lens, a 12-megapixel telephoto lens, and a Time-of-Flight sensor, Samsung lacks the image processing skills and machine learning depth of Google and so the Pixel 4 XL is able to get better results in a lot of situations with a dual-lens setup that includes a 12.2-megapixel main lens and a 16-megapixel telephoto lens.

Pictures in low light, or portraits of people, tend to turn out better on the Pixel, but there isn’t a big gap. Both phones have a powerful zoom function and their front-facing cameras take good selfies. The Note handles video capture better and has a few extra options, like Live Focus Video and the Zoom-in Mic. You can check out our camera comparison here for more.

This category is an easy win for the Google Pixel 4 XL because it runs the latest Android 10 out of the box with a few special additions from Google. Samsung’s Galaxy Note 10 Plus runs Android 9.0 Pie with the One UI over the top; it’s slick and easy to get to grips with, and it adds some utility, but it can’t match the minimal elegance of Google’s Android 10. More importantly, Google will push out regular security patches and version updates immediately to the Pixel 4 XL for the next few years, whereas Samsung tends to take a while to push out updates for its phones.

The Pixel 4 has built-in radar capable of picking up on hand gestures to wake the phone quickly, turn off the screen when you move away, and skip music tracks or dismiss alarms or calls. Some big improvements to Google Assistant, partially enabled by on-device language processing, allow you to get quicker responses to commands or questions and you can now string them together in a natural way without having to say “Hey, Google” in between. Existing Pixel features like Call Screen and Now Playing are also present and correct in the Pixel 4.

Samsung has also packed a lot of special features into the Galaxy Note 10 Plus, including the S-Pen, a high-tech stylus that can be used to take notes or sketch, which also sports a button to trigger the camera remotely. The Note is billed as a productivity device, so there’s a tie in with Microsoft for the Office suite and you can link up your Note to your Windows PC for easy file sharing and notifications. The Note also boasts text recognition to convert your written notes to text in Microsoft Word, and there’s DeX mode which enables your phone to double up as a desktop computer.

The Google Pixel 4 XL starts from $899 for the 64GB model, while the Samsung Galaxy Note 10 Plus starts at $1,100 for the 256GB model. Both are widely available from all major carriers.

If you prefer a large phone, these two devices represent the pinnacle of what Android has to offer right now. The results might be tied, but we’re giving the nod to the Note 10 Plus, largely because the hardware is superior, even if it costs more, but it also has a battery that you can rely on — that’s crucial for most people. Still, the right pick for you depends very much upon what you’re looking for.

Facebook
Twitter
Pinterest
WhatsApp
Previous articleGet $15 worth of freebies for King of Fighters ALLSTAR with Twitch Prime
Next articleYou may not be able to play Stadia on November 19, which sucks