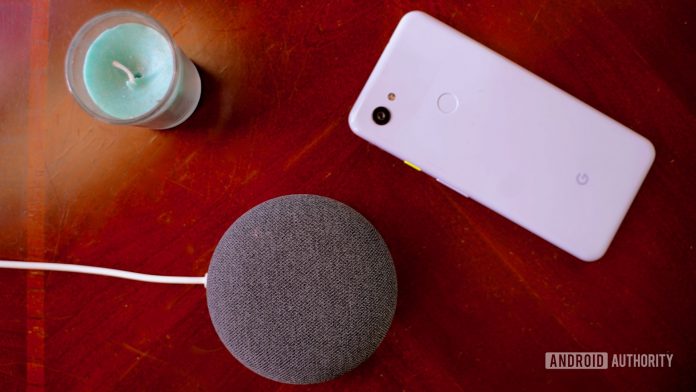 The Google Nest Mini is the second-generation miniaturized, voice-activated speaker for your home. It replaces the Google Home Mini in Google’s lineup of Assistant-powered hardware. If you want to know whether or not this little speaker lives up to its big aspirations, we’ve got a tune for you. This is our Google Nest Mini review.

Google is all about getting its voice-powered Google Assistant into as many places as possible. It’s already on every new Android phone, and is available to the iPhone and myriad other devices via apps and APIs. The original Google Home Mini was a fine assistant, but not the best speaker. Google knows that the vast majority of smart speaker users rely on them to play music, and competition has become fierce. A handful of audio gear companies have begun to sell their own Google Assistant-powered speakers — most of which trounce Google’s in terms of audio quality.

So, Google set out to improve the music experience delivered by its mighty mini and made other refinements along the way.

What is the Google Nest Mini? 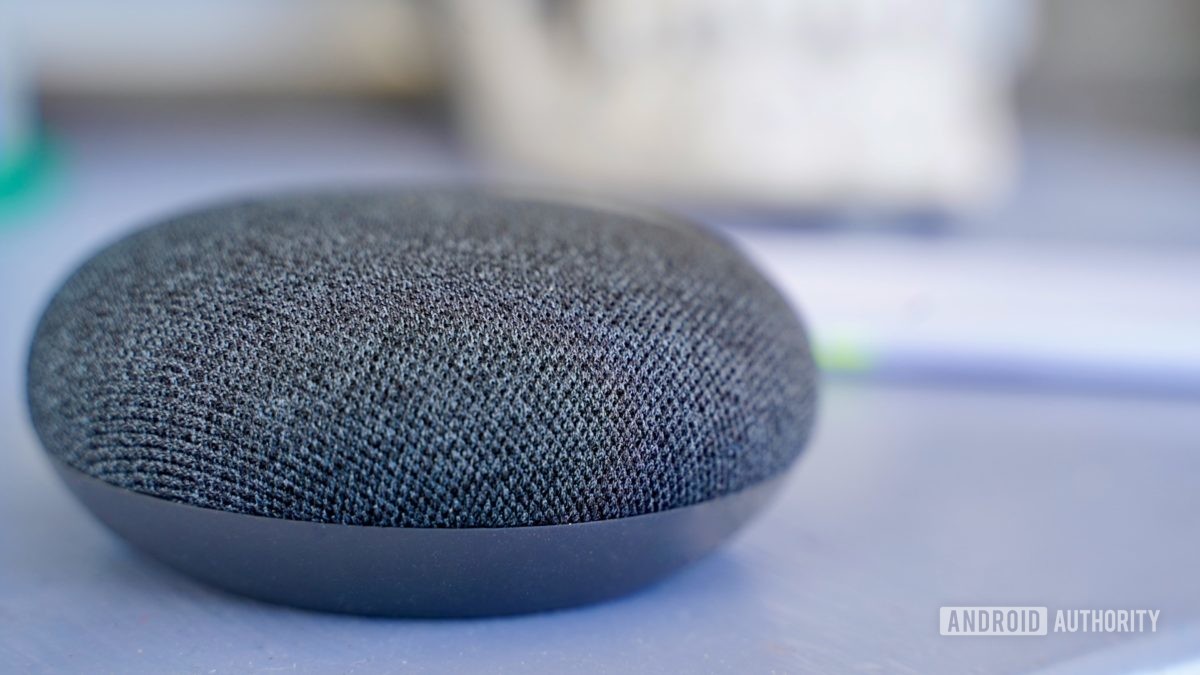 The Google Nest Mini is an updated and rebranded Google Home Mini. Google appears to be consolidating its smart home products under the Nest brand, which is why the Google Hub is now the Nest Hub, Google WiFi is now Nest WiFi, and so on.

The Mini looks almost identical to its predecessor, but there are some distinct changes.

The Mini looks almost identical to its predecessor, but there are some distinct changes. The dimensions and basic form factor are carried over. The Nest Mini is available in more colors, including Charcoal, Chalk, Sky, and Coral. Google says the fabric covering the top half of the speaker is made from 100% recycled plastic water bottles, while about 35% of the chassis is sourced from recycled materials. That’s environmentally responsible. 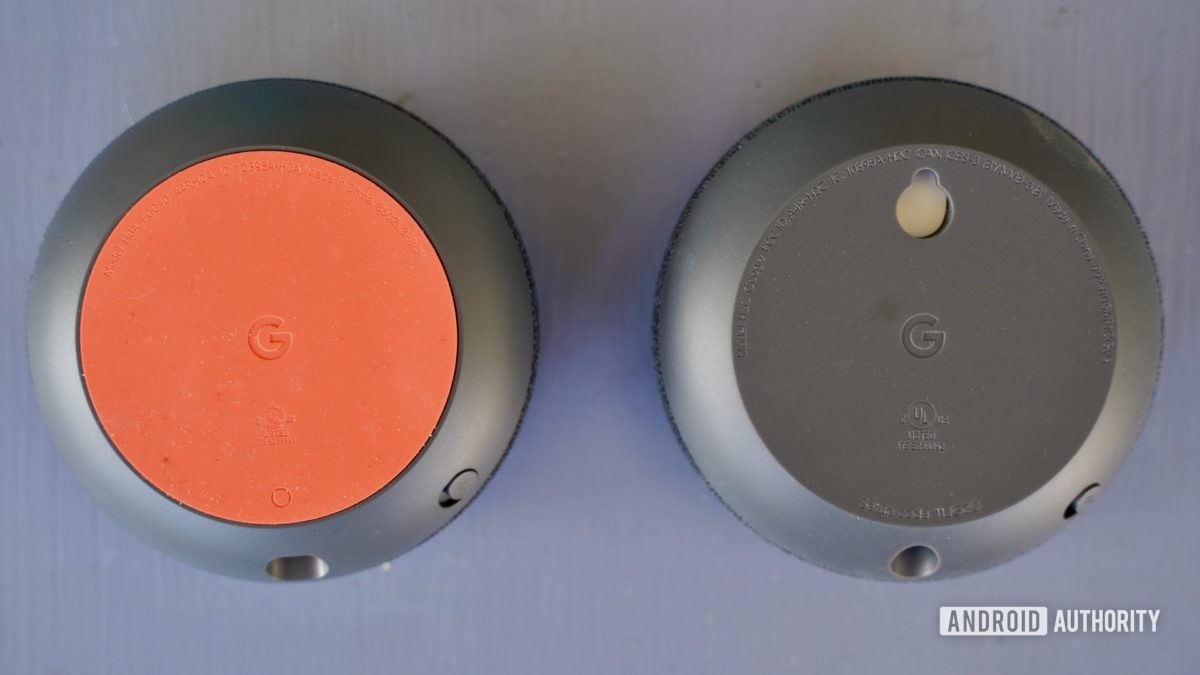 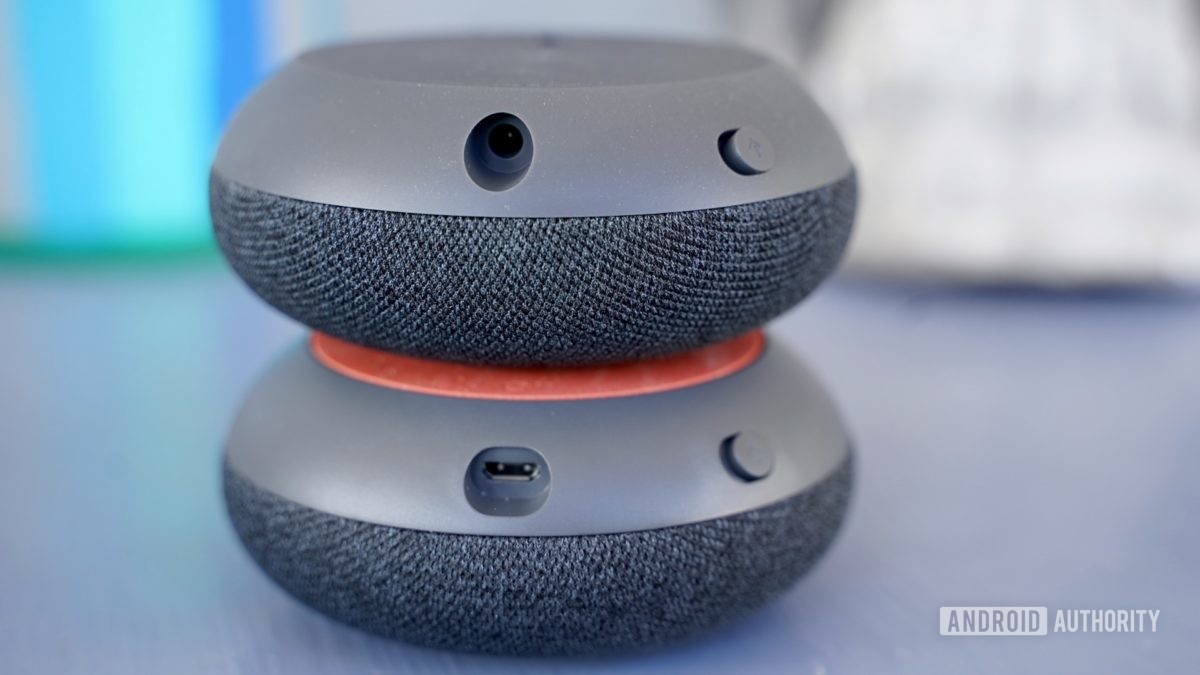 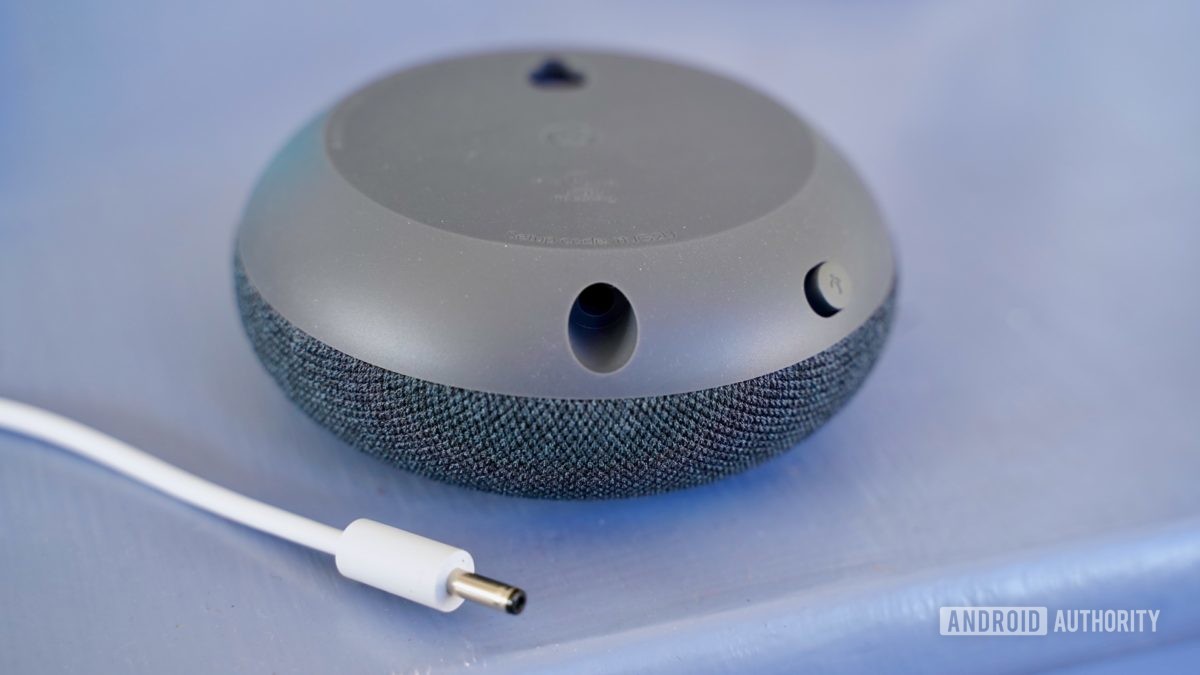 Perhaps the biggest physical change is the charger. Where the original relied on a micro-USB cable for charging, Google has switched to a proprietary pin-style DC plug. I wish Google had left the micro-USB or, better yet, switched to USB-C.

Last, there’s a small notch on the back so you can hang the Mini on the wall if you wish. Since the device has to be plugged in, the wire will need to be draped down the wall. This is not the best look.

How do you use Nest Mini? 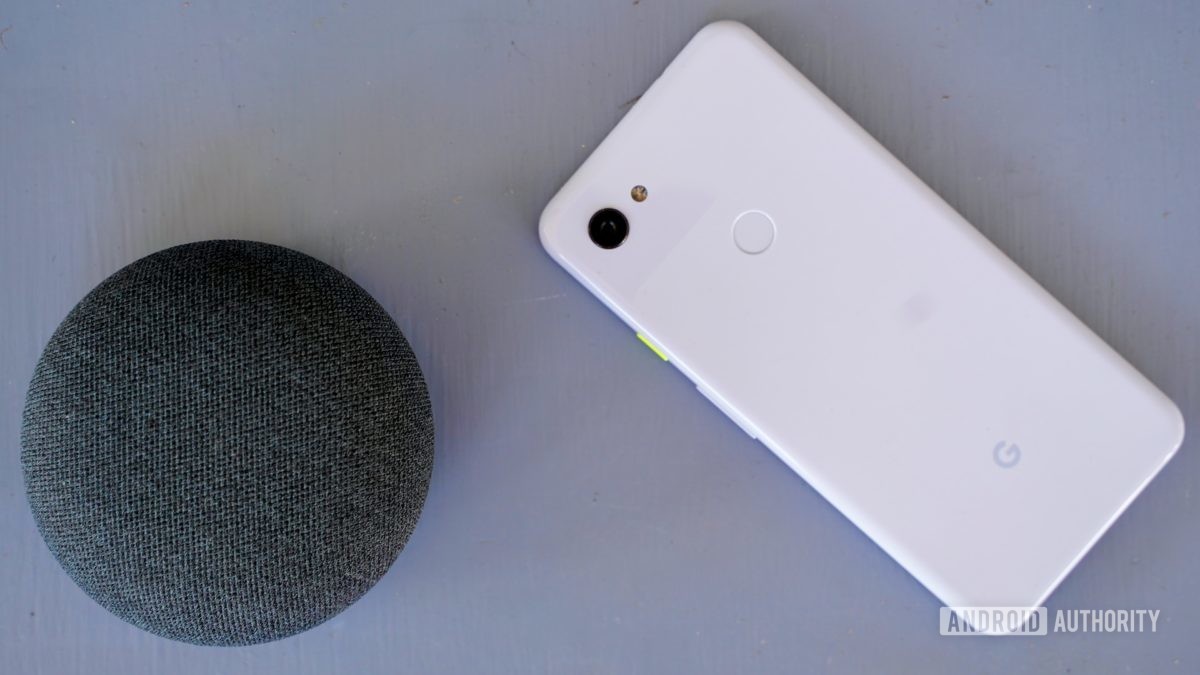 Setting up Nest Mini takes a few moments and requires a phone, such as the Pixel 4, with the Google Home app installed and a local Wi-Fi network. You’ll have to go through several steps, such as adding the speaker to a room, giving it a name, and registering your voice. Once this is done, simply talk to it.

Android Authority’s Pixel 4 content is brought to you by MNML Case, makers of the world’s thinnest phone case. Save 25% on your Pixel 4 or Pixel 4 XL case using the discount code AAPixel4

Google says the Nest Mini has three new spatial microphones that listen to and analyze the surrounding environment for voices. The new Mini is supposed to be better at picking up commands even when playing loud music and such. It didn’t seem any less or more responsive to me, but it did catch my requests even when set to maximum volume.

Four lights on top let you know when the Mini is awaiting instructions, as well as provide a gauge for the volume. Tapping the left side lowers the volume, tapping the right side raises it. The microphone mute switch is on the rear. To turn the mic off, you slide the switch so the orange background shows. You’ll hear an audio alert and the lights on top will turn orange. Orange equals no mic.

The Nest Mini includes a machine learning chip, which helps speed up performance. Google says the Mini is able to learn your most common music requests or smart home commands for faster response times. I’m not sure a week was enough time for the Mini to properly learn my patterns, so if something changes down the road we’ll provide an update.

See also: The new Google Assistant and the Pixel 4

Does Nest Mini sound any good? 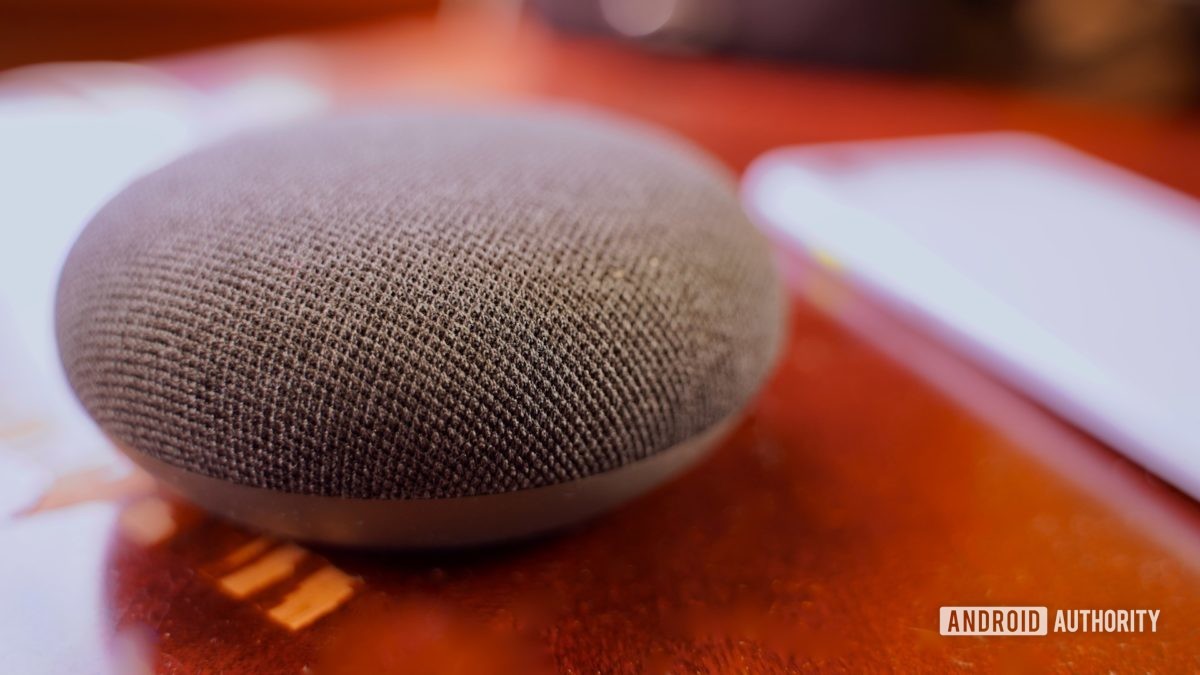 Surprisingly, yes. Google claims the Mini thumps out twice as much bass as its predecessor while keeping highs and mids clear. I tested all manner of music on the Nest Mini and came away fairly impressed.

The speaker preserves the details of your music with clarity that has to be heard to be appreciated. Distortion at high volumes is minimal. Google engineered the Mini so it can be played loud.

I pounded some heavy metal through the Mini and cranked the volume all the way up. The only thing distorted about the sound was the guitars chugging along in the recording itself. I also tried some acoustic, jazz, orchestral, and EDM songs, and they too sounded clean and tight. You’re not going to be able to turn your room into a hopping nightclub, but the Mini is more than capable of filling an average-sized room with pleasing sound.

Google engineered the Nest Mini so it can be played loud.

The original Mini was mediocre for listening to music at best; the sequel is much better. I did some A-B testing of the two and the Nest Mini noticeably outperforms the Home Mini.

I really like some of the advanced features. For example, you can create speaker groups (two or more) and have them play the same song. This can fill your house with music if you want. I created a group of all the speakers on my first floor and it worked surprisingly well. You can also force two Minis to create stereo music playback. You have to pair them via the Google Home app. It’s pretty simple.

Then there’s moving music. Listening in the bedroom, but want to transition downstairs? Just ask Assistant to move the tunes to the speaker you want and the Mini does the rest.

What else can the Nest Mini do? 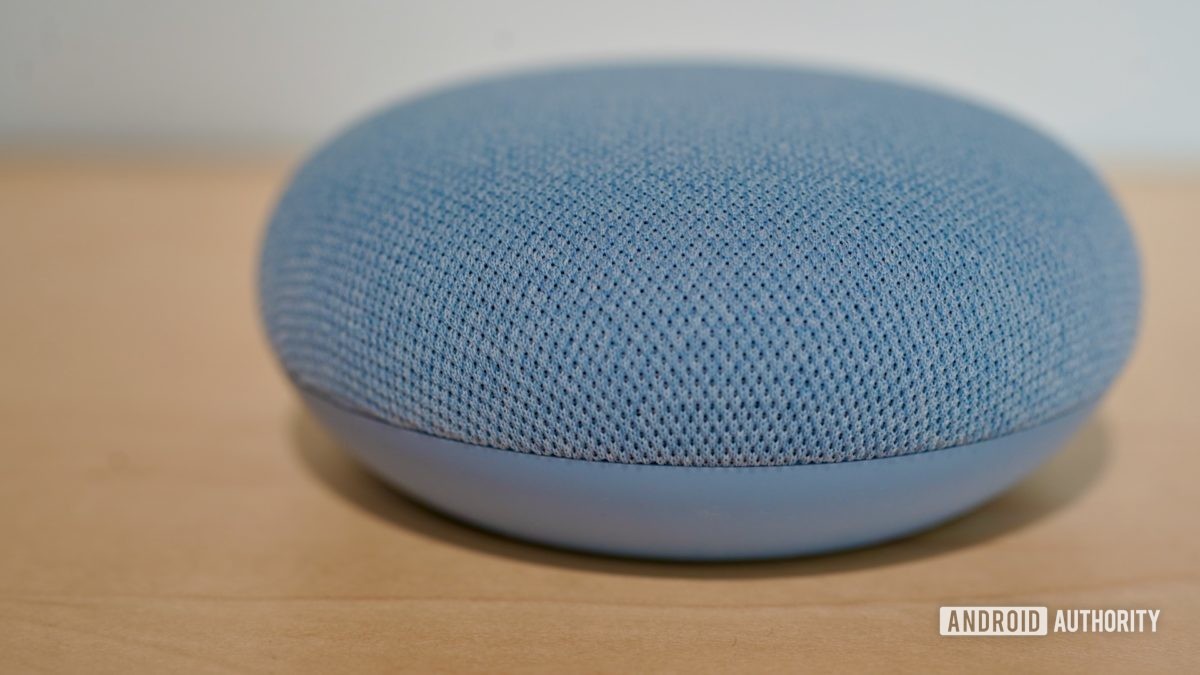 Lots. Beyond the obvious factual queries (Hey Google, how far away is the moon?), Nest Mini can be used as a communication tool. If you choose to set up Duo, the Mini acts like a telephone of sorts. You can have it call whomever and have a conversation speakerphone style. Moreover, you can call your Mini from afar. Using the Google Home app, simple tap the Google device you want to reach, and call. If you can a Hub, you can have a live video chat.

Then there’s broadcast. Put the Nest Mini and other Google Home/Nest products to use as an intercom. You can issue the broadcast command from any Google Assistant speaker, or use the Google Home app on your phone, to send an alert to the other devices in your home. My favorite use-case is to broadcast in the evenings to let my daughters know it’s dinner time. No more bellowing up the stairs.

All Google Home/Nest products can do these things, and the Nest Mini does them as well as any other.

See also: Google Nest Hub Max review: Not the cheapest, but the best

Should I buy the Google Nest Mini? 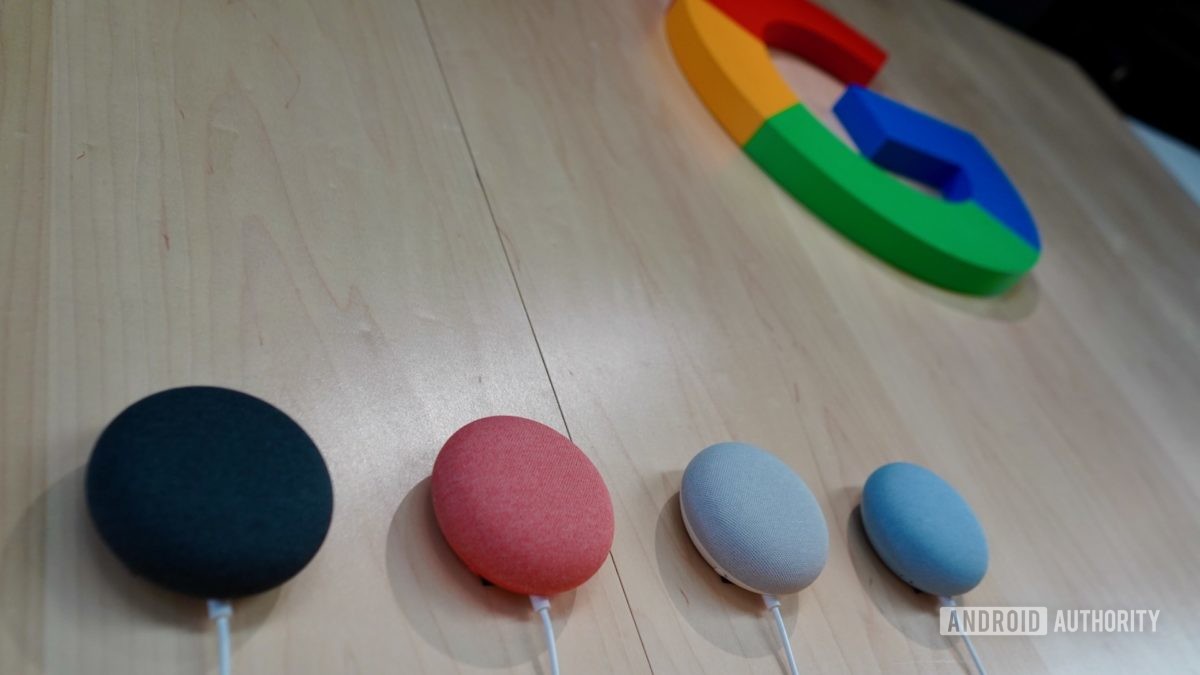 The Google Nest Mini is available to purchase from Google and other retailers for $49. That’s the same price as the original Home Mini, and I think it’s a fair starting point.

If you already have a Google Home, Mini, or Hub there’s no reason to replace it with the Nest Mini. Yes, the new speaker sounds better, but it’s not worth forking out an additional $49 if you are satisfied with what you own. If you’re buying your first in-home, Assistant-powered speaker, make sure you get the Nest Mini and not the older Home Mini. The older version is still for sale and likely will be until the supply runs out. Check the box, which clearly says Nest Mini.

Last, keep in mind that Google and other retailers often discount or include products such as this as a freebie when purchased with other devices. My guess is you’ll see the Google Nest Mini discounted to $29 this holiday season, if not given away free when bundled with a Pixelbook Go Chromebook or Pixel 4 smartphone.

Here endeth our Google Nest Mini review. What are your thoughts? Be sure to let us know.

What happens to your Pixel’s original quality photo backups, according to Google

The best Google Pixel 4 XL cases you can buy

Google opens first gaming studio for Stadia, based in Montreal

You need to opt-out of the Google Pixel 4 arbitration agreement. Here’s how.

Facebook
Twitter
Pinterest
WhatsApp
Previous articleThese 2-in-1 deals cut up to $330 on the Microsoft Surface Pro 6 with Type Cover
Next articleMotorola Moto G8 Plus hands-on: Ready for action