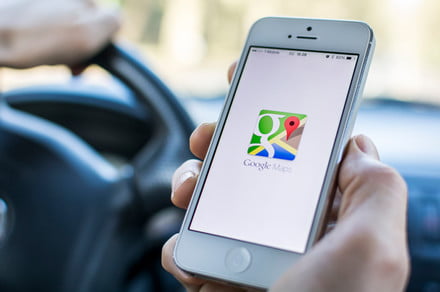 Drivers with an iPhone who use Google Maps to get around can now do their bit to ensure the app shares the very latest traffic information with other road users.

In an update rolling out globally this week, Google Maps will allow iPhone users to report accidents, speed traps, and traffic slowdowns as and when they see them.

The feature has been available for Android users for a while, but bringing it to Google Maps for iPhone means everyone using the app can now contribute data to help their fellow drivers in the area.

“This feature has been one of our most popular on Android, and we’re excited to expand it to iOS,” Google Maps product manager Sandra Tseng said in a blog post outlining the new functionality.

Tseng also detailed another improvement to its reporting feature, this one for both Android and iPhone. It means drivers will be able to let others know about four additional types of incident, namely construction, lane closures, disabled vehicles, and objects in the road, such as debris.

To report an incident, tap on the “+” sign inside the speech bubble on the right side of the navigation display, and then on “add a report.” After that, simply select the type of incident you want to report, and then hit confirm.

The reporting features are a big part of what makes socially sourced navigation app Waze so popular. Google acquired the startup behind Waze in 2013 for just over $1 billion. Since then, the web giant has been gradually adding some of Waze’s best features to Google Maps.

Both apps are packed with features, though they’re still distinct from each other. If you’re interested to learn more, Digital Trends has created a handy guide explaining the main differences between the two offerings.

Other new features added recently to Google Maps include closer integration with Lime bikes and scooters, support for hashtags in reviews for businesses, and the ability to message businesses directly through the app.

Google Maps is also introducing a neat augmented reality mode for walking navigation, which overlays icons onto real-world images on your phone’s display to make it easier for you to find your way.