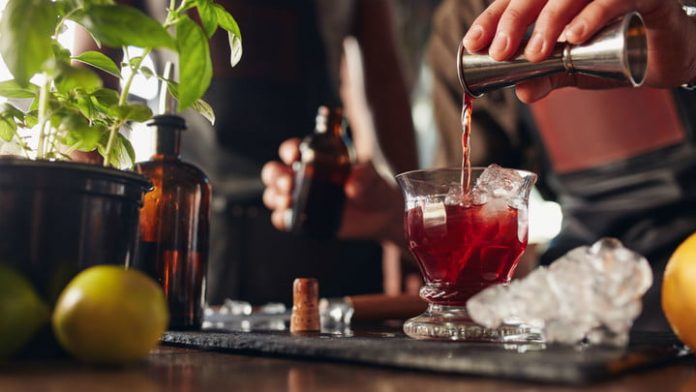 On Monday, SideChef, a cooking and meal planning app that won the Google Play Editor’s Pick for “Best Apps of 2017,” announced that it is collaborating with Bacardi to create curated cocktails for the SideChef platform. Users of SideChef can now find easy, step-by-step drink recipes developed by Bacardi on the app. Bacardi is the largest privately held spirits company in the world and the first spirits brand to partner with SideChef, though the app has partnered with companies like Electrolux, LG, GE, Haier, V-Zug, and Bosch Home Connect in the past.

“The SideChef smart recipe format’s user-centric design is optimized for cooking education and the unique needs of food preparation. The collaboration with Bacardi creates new possibilities for home cooks to interact with the platform beyond food preparation and explore the future of at-home mixology,” the company said in a press release.

This addition to the app makes sense. Mixology is quickly becoming a popular hobby for at-home entertainers thanks to vloggers like Tipsy Bartender, who has nearly 4 million followers. Plus, having a nice drink with your meal adds to the experience.

“We are very excited to announce our collaboration with Bacardi, which now gives our users the know-how to become a side mixologist, in addition to being side chefs,” SideChef founder and CEO Kevin Yu said in a statement. “No meal is complete without a great drink and we’re thrilled to introduce our users to cocktails in an easy-to-understand way, just as we have with cooking on our platform.”

Some of the new Bacardi cocktail recipes are already featured on the SideChef platform. To access them you can download the app on iOS or Android. You can also access them on an Alexa-enabled device using voice commands through Amazon’s Cook with Alexa smart kitchen technology. Using the Echo Show, you can also see the recipes on the screen. More recipes will be added in the future. The two companies will also provide live demonstrations, new mixologist collaborations, smart drink recommendations and meal pairings on the app, as well.

Facebook
Twitter
Pinterest
WhatsApp
Previous articleAmazon Kindle Kids Edition vs. Kindle (2019): What’s the difference?
Next articleMicrosoft patents a virtual reality floor mat that could be paired with an Xbox