Home News Europe’s Solar Orbiter has completed testing and is ready to explore the...
News 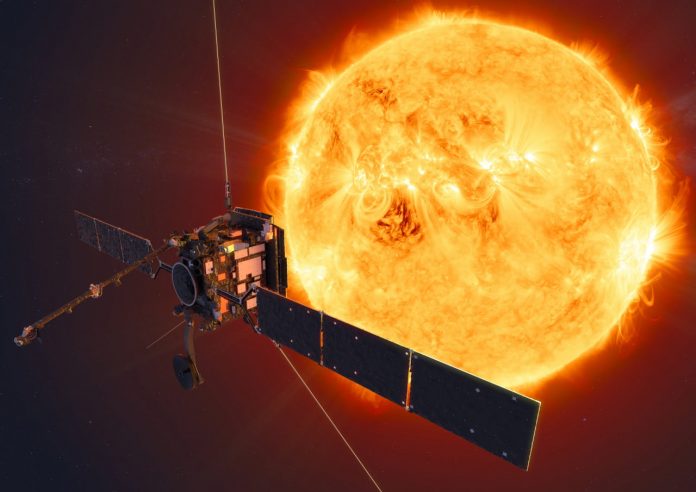 An upcoming mission will travel within a few million miles of the sun to collect data on how our star affects the whole solar system. The European Space Agency (ESA) is working together with NASA to create the Solar Orbiter, a tool for exploring the star at the heart of our solar system. With testing of the orbiter now complete, the craft is being packed up and shipped to Cape Canaveral ready for its launch next year.

The orbiter will take an elliptical path around the sun, passing just 42 million kilometers (26 million miles) away at its closest. So the parts of the craft which face toward the star will have to withstand tremendously high temperatures. The projected temperatures will be over 500 degrees Centigrade, or 932 degrees Fahrenheit, while other parts of the craft will be subjected to the cold of space with temperatures going as low as -180°C or -292°F.

To handle these extremes, the orbiter is designed with equipment like rotating solar arrays which can be moved to avoid overheating and the High-Temperature High-Gain Antenna that transmits data back to Earth and can be folded behind the heat shield to protect it from the temperatures.

The aim is for the mission to teach us more about the relationship between the sun and the Earth, in particular, the bubble of plasma generated by the Sun which surrounds the whole solar system. This plasma contributes to space weather which can disrupt satellite communications and interfere with electronics in orbit around our planet, and the hope is that closer study of the Sun can answer questions about how solar activity plays a role in these fluctuations.

“Solar Orbiter is set for answering some of the biggest scientific questions about our star, and its data will help us to better protect our planet from the global challenges of space weather,” Günther Hasinger, ESA Director of Science, said in a statement. “Thanks to the hard work of our teams building and testing this inspiring space mission, we’ve reached an important milestone today in Europe, and the spacecraft will now be readied for its final phase of pre-launch preparations at Cape Canaveral.”

The orbiter is scheduled for launch in February 2020. It will take just under two years for the craft to travel to the sun using assists from the gravity of both Earth and Venus, and it will stay in orbit around the sun for approximately five years.