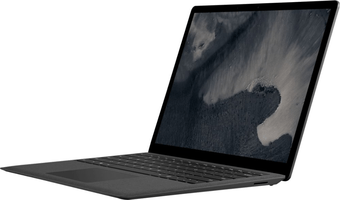 Black Friday 2019 is almost upon us, and it’s likely to be the best time to get a new phone, watch, computer, or tablet. We’re expecting a ton of great deals on tablets, no matter what kind of tablet you’re looking for.

Whether you’re looking for a shiny new iPad for yourself or a loved one, or an Android tablet to perfectly sync with your Google account, there is sure to be a deal for your needs. The best thing about that? You can sit back and relax while you find a great deal — and without having to brave the monster crowds.

We’ll be sifting through the multitude of deals so that you don’t have to. In other words, if you’re looking for the best Black Friday tablet deals, this is the place to find them.

Of course, you might be looking for other great deals too — in which case it’s worth checking out our Black Friday and Cyber Monday pages.

We’re expecting to see a ton of great deals on tablets on Black Friday, and those deals are likely to include high-end, expensive tablets and budget-friendly devices alike.

Other tablets will likely get discounts too. If you’re looking for an Android tablet, the Samsung Galaxy Tab S6 is probably the best one. It hasn’t gotten a ton of discounts yet, but if it does get any, it will probably be on Black Friday. Amazon tablets, like the Fire HD 8 may get some impressive discounts.

We saw plenty of great tablet discounts on Black Friday in 2018. As you would expect, a ton of iPad models got some great discounts, though the newly-released-at-the-time iPad Pro largely avoided the deals. This year, things are likely to be different considering the fact that the iPad Pro is getting a little older. The entry-level iPad and iPad Mini also got discounted by up to $150 last year.

Samsung tablets also got some pretty stellar discounts. For example, the Galaxy Tab S3 got discounted by $150 from Best Buy, and the Galaxy Tab A got a $120 discount. Amazon Fire tablet discounts weren’t as impressive, but they still could be bought for up to $50 off.

If you can’t wait for Black Friday, then there are still some great tablet deals worth considering right now. We’ve been searching the web for the best tablet deals out there. Check them out below.

The Microsoft Surface Laptop 2 is a portable powerhouse perfect for school, work, and travel. Right now, Amazon is discounting the Intel Core i5 variant.

Take advantage of this incredible iPad Pro sale to save on a brand-new tablet that is compatible with the new iPadOS.

If you are looking for ways to take home one of the best laptops at a discount, check out this deal on the new Dell XPS 13 7390.

Days after its official market launch, you can already find a deal on the latest Apple iPad.