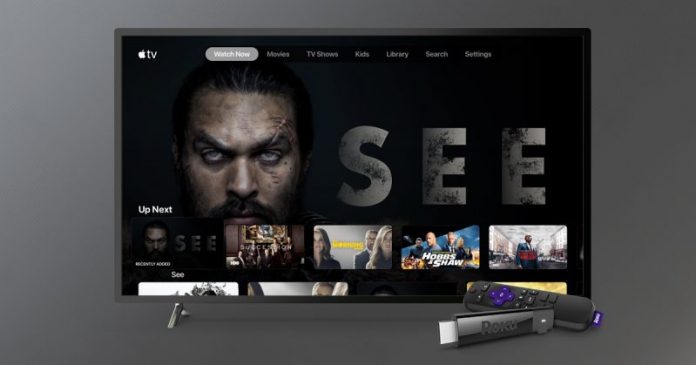 Roku today announced that the Apple TV app will be available on its platform starting today, allowing users to access their iTunes libraries of movies and TV shows, the Apple TV Channels feature, and soon Apple TV+.

The Apple TV app can be downloaded from the Roku Channel Store on smart TVs that either have Roku preinstalled or have a Roku dongle connected, although select older Roku models are not supported.

In addition to Roku, Apple TV+ will be available through the Apple TV app on the iPhone, iPad, iPod touch, Mac, Apple TV, Amazon Fire TV, select 2018 and newer Samsung smart TVs, and on select LG, Sony, and VIZIO smart TVs in the future. Apple TV+ will also be available on the web at tv.apple.com.

Apple TV+ launches November 1. ‌The subscription-based video service will be priced at $4.99 per month with a one-week free trial. Up to six family members can share a single ‌Apple TV‌+ subscription through Family Sharing.