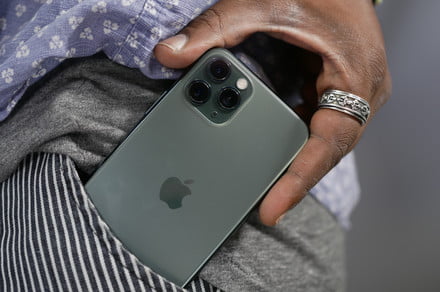 Apple is reportedly pushing hard to roll out its own 5G modem for iPhones by 2022, even while a multi-year supply agreement for the component is in place with Qualcomm.

The company has set a “very aggressive timeline” for the plan, a source familiar with the matter told Fast Company, considering all the development, testing, and certification that needs to be done for the 5G modem.

Apple is “really pushing it” with its two-year deadline, the source said, especially since this is the first time that the company will produce a modem. It will have to finish design work and the actual fabrication of the components, after which comes a long testing and certification process. The 5G model will also have to go through network optimization tests to make sure it works properly with carriers, compliance tests for global standards, and more tests to acquire approval from the Federal Communications Commission.

Some of the people involved in the project may not fully understand how long the process takes, so the source told Fast Company that 2023 may be a more realistic launch date for Apple’s own 5G modem.

Apple’s plan to build its own 5G modem hinges on its $1 billion acquisition of Intel’s modem business, which was announced in July. The transaction, which includes thousands of wireless tech patents and 2,200 employees, will help Apple create a “system on a chip” (SoC) design in which the 5G modem will be integrated with other chips. This SoC integration may not happen right away though due to lack of time, according to the source, with Apple possibly going for a standalone chip for its 5G modem in 2022, and then target SoC integration in 2023.

For now, Qualcomm is set to supply the modem for the first 5G iPhone, which will roll out next year. This is a multi-year partnership, said Qualcomm President Cristiano Amon, who also claimed that it will take a while for Apple to make its own 5G modems.

Apple may have settled its legal battles with Qualcomm, but the company prefers to make its own chips. Whether Apple is able to meet its 2022 target for 5G modems and what will happen with its partnership with Qualcomm if it does, remain to be seen.