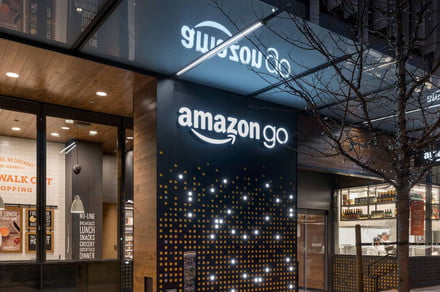 Amazon may be about to explore yet another revenue stream, this time using the technology that powers its cashier-free Go stores.

The company is looking into the idea of licensing its technology to other retailers, and is already in talks with a number of businesses, according to a CNBC report on Tuesday, October 2.

Unnamed sources claiming to have knowledge of the plan told the news outlet that Amazon is currently discussing the idea with operators of airport stores and movie theaters that include OTG’s CIBO Express and Cineworld’s Regal theaters. Retail locations at baseball stadiums could also incorporate the technology, the sources said.

Amazon opened its first Go store at the start of 2018 and currently has 16 of them operating throughout the U.S. Each one is packed with cameras and sensors that track customers’ selections as they make their way around. When they exit the store, the cost of their shopping is automatically charged to their Amazon account.

If the talks with other companies prove fruitful, CNBC said Amazon’s technology could be retrofitted into stores in the space of just two weeks, with the work possibly starting in the first quarter of 2020.

The plan, if successful, could result in the rapid spread of Amazon’s cashier-free technology, though it’s not currently clear how the Seattle-based company plans to charge those that use it.

It may, for example, take a percentage of each sale made at stores that use its technology, or simply charge the retailer a set fee payable on a monthly basis.

It’s also unclear if Amazon would insist on its logo appearing in the stores, and whether customers would use the retailer’s app, or Amazon’s, to launch the shopping process when they arrive at the store.

In September 2018, reports suggested Amazon was looking to open as many as 3,000 of its cashier-free Go stores by 2021, but judging by the current rate of openings, this now seems unlikely.

While more Go store openings can still be expected, CNBC’s report suggests Amazon is also considering licensing as a way of expanding the use of its Go technology, a method that could reap financial rewards without having to spend out on launching new stores itself.

We’ve reached out to Amazon for comment on its reported plan and will update this piece if we hear back.