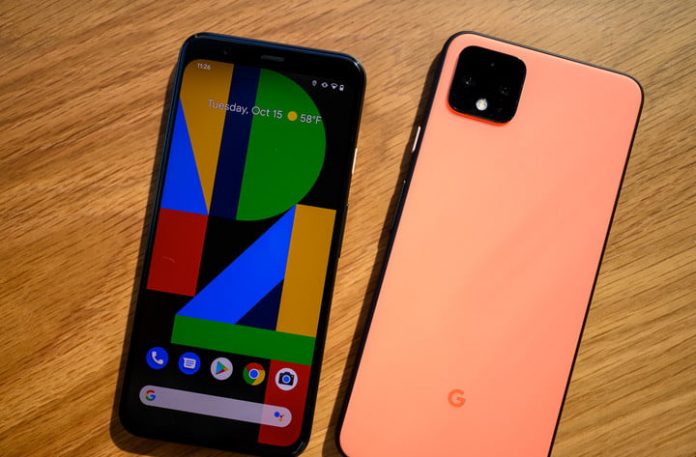 Google just held a big event in New York City, finally revealing the highly anticipated fourth iteration of its successful flagship smartphone. The Google Pixel 4 and its larger sibling, the Pixel 4 XL, are slated for release later this month and are now up for pre-order from Best Buy and Amazon with added bonuses. Amazon is one such outlet that already has a deal on these, offering you a free $100 gift card when you order a new Pixel 4 or 4 XL. Read on to find out more about Google’s new phones and how you can score some Pixel smartphone savings.

The Google Pixel 3 was one of the best Android phones to come out in 2018, but it wasn’t quite perfect. For the Pixel 4, Google designers went with a totally new refresh rather than mere incremental improvements over the previous generation, successfully addressing the (admittedly few) gripes we had with the third-gen Pixel. The standard Google Pixel 4 now packs a 5.7-inch OLED display, which is a little bigger than the Pixel 3’s 5.5-inch touchscreen thanks to Google slimming down those chunky bezels. The unsightly screen notch that plagued the Pixel 3 XL thankfully is also absent on the Pixel 4 XL.

Other fourth-generation enhancements include an upgraded camera module which Google calls the Pixel Square. Located on the slick one-piece glass back, this Pixel Square houses excellent dual rear cameras, and the streamlined body is wrapped in Gorilla Glass 5 with a dust and water resistance rating of IP68 (although the glass construction means you’ll still want to grab a case for your Google Pixel 4 if you’re the type that’s rough on your phones). Google has also deployed its new Face Unlock feature with the Pixel 4, which our team found to be a surprising improvement over Apple’s competing Face ID technology.

The Google Pixel 4 and 4 XL will start shipping near the end of the month, and they’re now available for pre-order from major online retailers. There are already some nice pre-order deals floating around, and this one is arguably the best choice for dedicated Amazon shoppers: Order the Google Pixel 4 or Pixel 4 XL now and you’ll get a free $100 Amazon gift card (which even comes in the form a handy bookmark as a nod to Amazon’s bookish roots). Note that this promotion will likely expire when the Pixel 4 starts shipping from Amazon on Monday, October 21, so jump on it quickly.