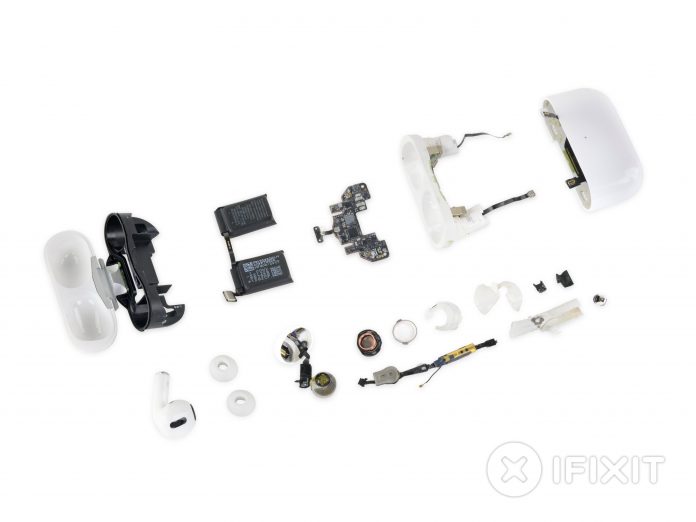 Apart from the replaceable $4-a-pair proprietary silicone tips that provide noise isolation and enhanced fit on the ‌AirPods Pro‌, it’s the same story as Apple’s previous generation ‌AirPods‌ as far as repairs go. But there were a couple of new tidbits of information that the disassembly did reveal. 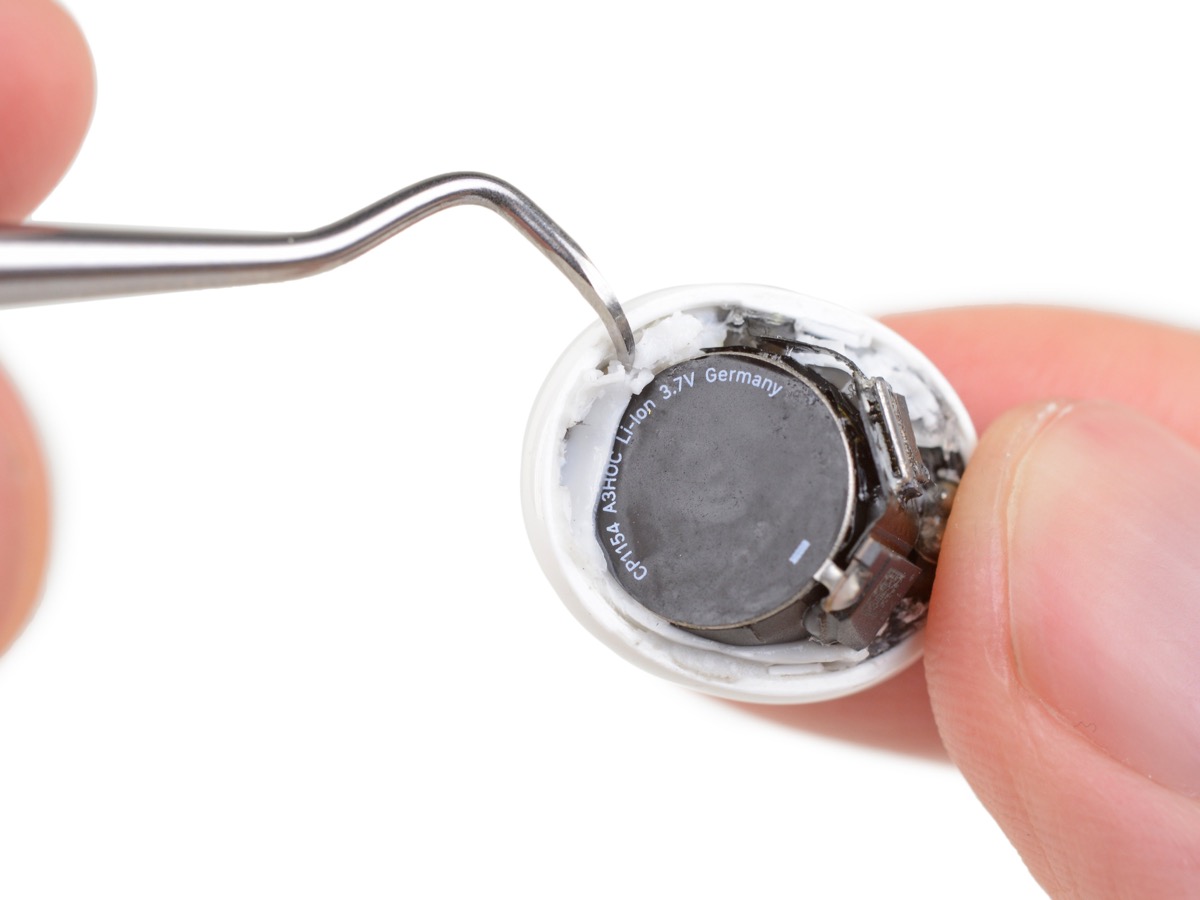 iFixit also discovered a watch-style button cell battery inside each AirPod, replacing the pin-type battery found in the original ‌AirPods‌. iFixit notes this could be the same battery found in Samsung’s Galaxy Buds, and those are replaceable, but Apple has tethered the battery to a soldered cable, so ‌AirPods‌ customers will have no such luck.

As noted by iFixit, Apple apparently confirmed on Wednesday that the new ‌AirPods Pro‌ are no more repairable than previous versions of the wireless earbuds because of their size and build process.

An update to Monday’s report: Apple has confirmed that the new ‌AirPods Pro‌ are no more repairable than previous versions of the wireless earbuds. The pods are made partly with recyclable materials but due to size and build process (i.e glue) it doesn’t repair. Just replace.

For its part, however, iFixit believes Apple could theoretically replace the in-ear portion of the earbuds and re-use the original stems – which include the System on Package (SiP), antennas, microphones, and Force sensor – but the company has chosen not to do so, for whatever reason. iFixit’s teardown concludes:

While theoretically semi-serviceable, the non-modular, glued-together design and lack of replacement parts makes repair both impractical and uneconomical.

From a customer perspective, this means that once the battery dies in the ‌AirPods Pro‌, it will need to be completely replaced. The left and right AirPod cost $89 each to replace in the United States, totaling $178 for a pair.

However, the fees are lower if a customer has purchased AppleCare+ for Headphones. The plan costs $29 upfront, plus charges a $29 fee to replace a pair of damaged ‌AirPods Pro‌ or their case. This coverage applies for up to two years from the date ‌AppleCare‌+ is purchased and is limited to two incidents.