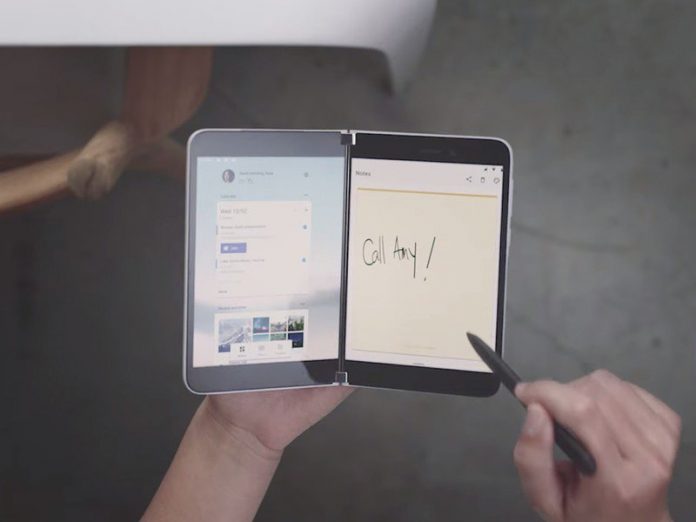 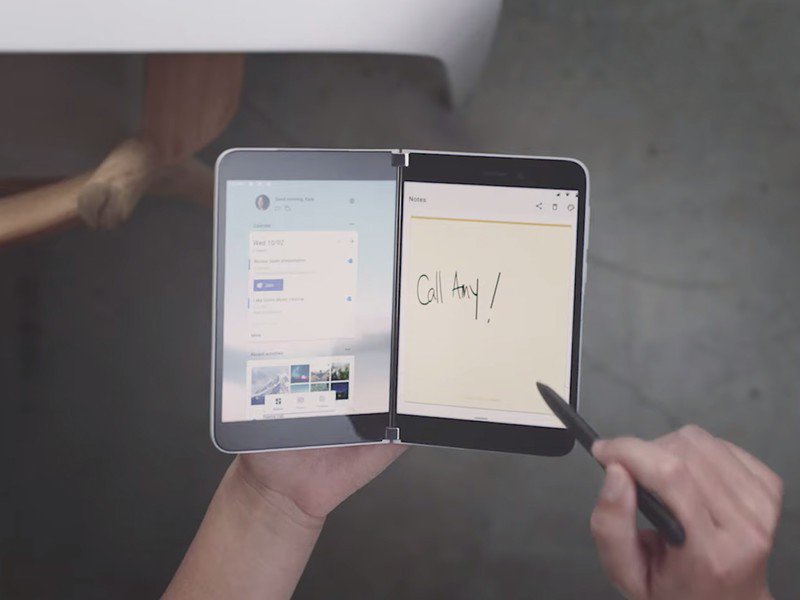 Last week, Microsoft unveiled Surface Duo, a pocketable dual-screen mobile device that’s coming at the end of next year. This is a project we at Windows Central have been following for almost three years under the internal codename “Andromeda.” Initially positioned as a Windows Core OS device, Surface Duo will now be shipping as an Android device instead, a move that few of us were expecting, but is absolutely the right call.

Although a foldable phone by Microsoft came as a surprise to many, this is actually project we’ve known about for a very long time. It’s something Microsoft has been working on since 2016, and has gone through many iterations and changes internally. As such, I thought it would be a cool idea to gather all the important historic points in the journey that has led us to Surface Duo, once codenamed Andromeda.

Microsoft began working on its secret Andromeda project at some point throughout 2016, not too long after the company had decided to give up on Windows 10 Mobile internally. It wasn’t until November 2016 where I first started hearing about the Andromeda project from sources, and to mark the occasion, I teased the Andromeda codename in a tweet alongside a number of unrelated things that I was looking forward to in the future.

At the time, I didn’t know too much. My job is to dig around for information, and back then, information about the project was scarce. I knew it was a phone, and I knew it would be running a new OS from Microsoft called Andromeda OS. But that was it for the time being. Over the next two years, I would slowly but surely find out more information about this secret mobile project. 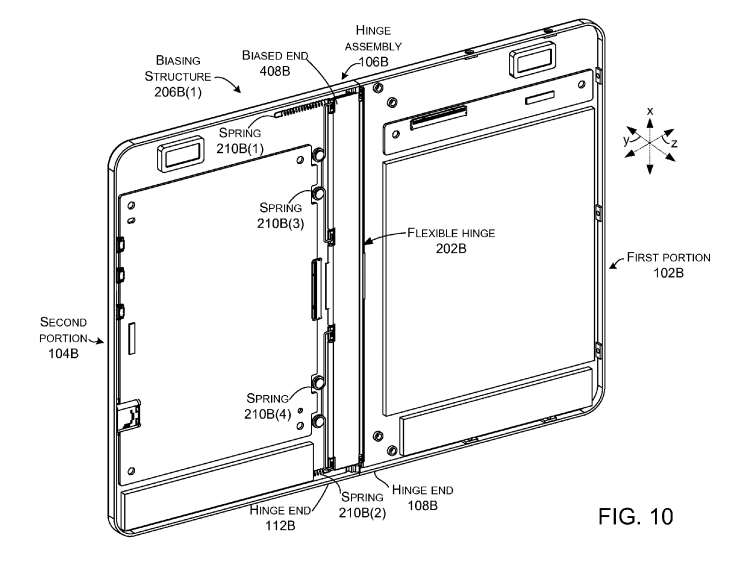 In January 2017, I started hearing about more details around Andromeda. I had been told that the device was a dual-screen phone with a focus on pen and digital inking. What I mostly heard about, however, is the software side of things. Known as Andromeda OS internally, this was a flavor of Windows Core OS designed specifically for foldable devices, and its UX was a mix of both Windows 10 desktop and Windows 10 Mobile.

This UX layer was a sticking point for me, as it was being described as an integral part of the Andromeda project. This UX layer was called CShell and was a universal shell designed to adapt and be modularized so that it can run on many kinds of form factor. This would be a key component for a device with two screens that can fold into different orientations.

CShell was the first component of Andromeda that I took a keen focus on, and after talking with several sources on the subject, wrote up my first piece towards the Andromeda puzzle on January 16. Two days before this, a patent revealing a device with two screens appeared online, and it was at this moment that I started to understand the device Microsoft was trying to build.

Satya Nadella was later quoted saying that Microsoft’s future phones would not look like normal phones. Not too long after, references to this “Andromeda” device started showing up in code, and leaksters like WalkingCat had begun to dig up these references online. On May 20, Cassim Ketfi fired all cylinders and wrote the first report on his findings around the Andromeda project as a whole. At the time, I still hadn’t written about Andromeda itself, as I still had lingering questions around its OS.

Andromeda’s OS was an interesting topic of conversation with sources, as, at the time, not everyone I was speaking to seemed to fully understand what it was. It wasn’t immediately clear to me that Andromeda OS (as it was known at the time) was part of a much larger effort known as Windows Core OS. When Andromeda OS was being described to me, many were calling it a modular platform designed to scale to any form factor.

On September 20, I wrote up the second piece of the puzzle towards Andromeda. This article detailed the OS, and how Microsoft was building a modular and universal version of Windows that would run across all kinds of different devices, including Andromeda. At the time of publishing, I was still calling this effort Andromeda OS, and over the next week, several sources would clarify that Andromeda OS is just one part of this modular project known as Windows Core OS.

Finally, on October 26, I published my findings around Microsoft’s secret Andromeda project, tying together the CShell and Windows Core OS articles before it to paint a picture around how enormous this effort was internally. I was told that Microsoft wouldn’t be positioning this device as just a phone. At this point, I was hearing that Andromeda was on track for a late 2018 launch, with the possibility of a developer kit being released at Microsoft’s Build developer conference in May 2018.

Andromeda, a dual-screen foldable phone by Microsoft that runs a new version of Windows, was really happening. And it was super exciting. 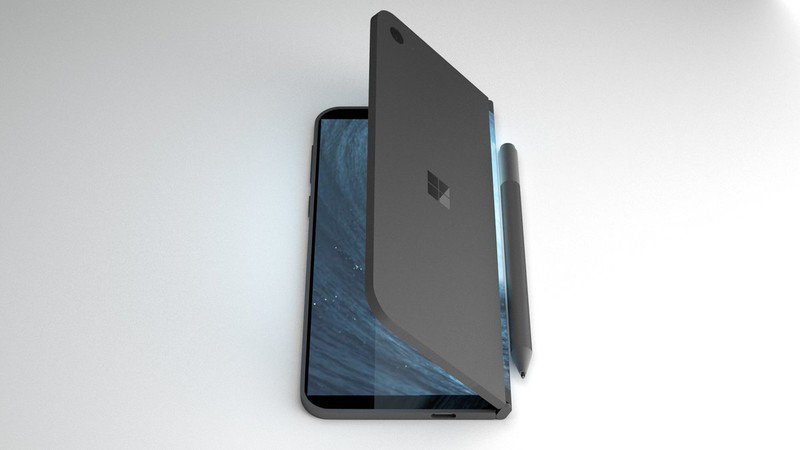 As 2018 rolled around, I had started to learn about some cool camera tech that would slot the device neatly into the Mixed Reality category with capabilities such as 3D scanning and more, but new details around the project had slowed significantly outside of patents which seemingly revealed new ideas every week. Many of those ideas were not actually part of the Andromeda project, of course.

As Build 2018 approached, it became clear that Microsoft would not be shipping an Andromeda developer kit, as the project itself had slipped behind schedule. In May, I had heard from sources that the company was looking at many different ways to combat the “app-gap” problem that Andromeda would ultimately face, and one solution the company was considering was running Android apps on Andromeda via emulation, similar to Project Astoria.

The problem with Project Astoria is that it worked too well, and there were licensing and political issues around using similar tech in Andromeda. Would Google even allow it? Would it kill off any developer need to build native Windows apps? There were many questions around doing this internally.

In June 2018, The Verge reported on an internal email sent out to employees that detailed its plans around the Andromeda project. Microsoft called the device “new and disruptive” as, at the time, no foldable phones existed. However, a week later ZDNet reported that Microsoft had shelved the Andromeda project entirely. It was no longer happening anytime soon.

Andromeda is dead, or is it?

The report echoed similar concerns I was hearing from sources in May, around Andromeda’s problem with not having any apps. This really was a big problem for the Andromeda project as a whole. No matter how amazing Windows was on Andromeda, if it had no apps, it might as well not ship. A pocketable mobile device, of any kind, needs apps.

Interestingly, even with this report claiming the device to be dead, I heard from some sources that Andromeda was still being worked on. Confusingly, however, I also had sources telling me that the project was indeed dead. This was further confirmed when I learned that Andromeda OS had been deprecated. If there’s no OS for Andromeda, how can the project still be alive? It was at this point that I gave in and assumed the project really was dead.

Later in 2018, now and then, I’d receive tidbits of information detailing small changes to the Andromeda hardware. It was apparent that the Andromeda hardware was still being worked on, even though the project itself had been deemed dead by so many others. Why would Microsoft continue to work on Andromeda if it was dead? This was a question that I couldn’t figure out an answer to. 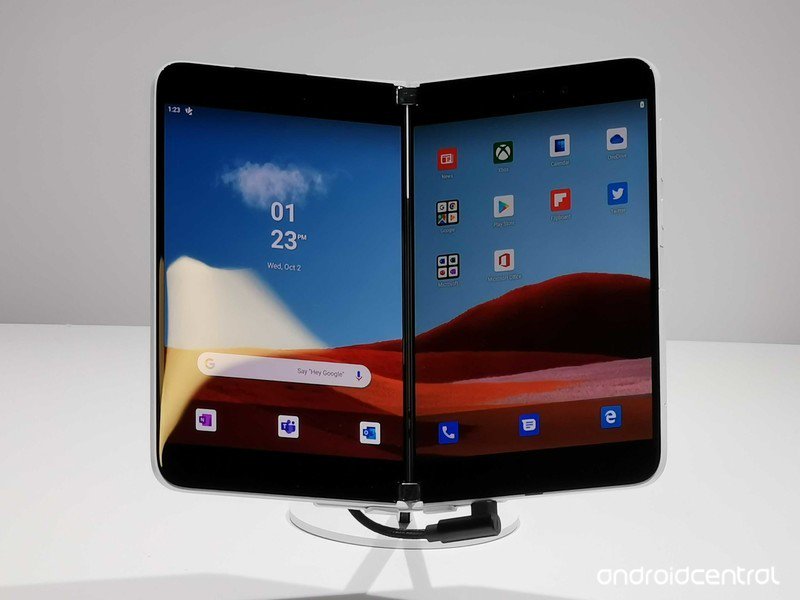 In May 2019, whispers around Microsoft doing an Android phone started making its way through the Microsoft bloggersphere. Mary-Jo Foley and Paul Thurrott were the first to detail such plans on Windows Weekly, however the idea seemed so ludicrous that no one wanted to write it up. Why would Microsoft want to make an Android phone?

It appears that in the fall of 2018, Microsoft decided to swap out Windows in favor of Android on Andromeda. This was a move very few of us saw coming. It’s obvious now, but at the time we all assumed an Android smartphone by Microsoft would be a traditional slab of glass. Even though I continued to hear that Andromeda was being worked on, I never once made the connection between the Android rumor and Andromeda.

In October, those two things would finally come together spectacularly as the most surprising Microsoft announcement ever. Microsoft had decided to take the Andromeda hardware and slap Android on it, solving the app gap problem in one fell swoop. Known as the Surface Duo, this is the first pocketable Surface, that’s also a phone, and it’s finally official.

So that’s a not-so-brief look into the journey we’ve taken together with Andromeda. It’s been a rollercoaster for sure, a device that started out as the future of Windows on mobile became a device with Android instead. I think this is an excellent choice for Microsoft, as it’s the only realistic way Microsoft can make a phone in 2020. Windows has no ecosystem on phones, and as such, Android is the only way forward in this department.

What are your thoughts? Let us know in the comments.