Home News Waiting in the wings: How drones are revolutionizing the battle against hunger
News

Waiting in the wings: How drones are revolutionizing the battle against hunger 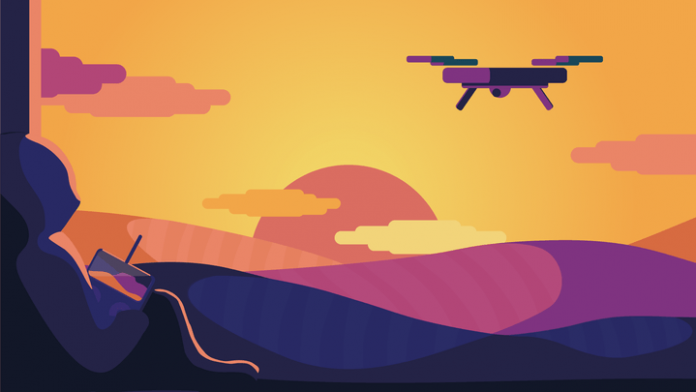 This article is part of The Food Fight: a series that explores how the UN World Food Programme is using technology to battle food scarcity and put an end to hunger by 2030. Check out the rest of the articles here.

There are typically two types of drone stories that most people read. There are stories about kick-ass consumer drones capable of doing everything from high-speed drone racing to snapping beautiful pictures like flying GoPro cameras. And there are stories about drones causing trouble, whether it be flying over a major international airport to bring it to a screeching halt or, as was recently the case, attacking an oil field in Saudi Arabia.

The World Food Programme (WFP), the food-assistance branch of the United Nations, wants to do its part to add a third type of story: Drones helping to transform the planet for the better, and saving lives along the way.

“The World Food Programme is the biggest humanitarian agency fighting hunger worldwide,” Gabriela Alvarado, who heads up Emergency Preparedness and Response for WFP, told Digital Trends. “We make sure that when there’s an emergency, whether that’s a natural disaster or a complex political emergency, we’re there to provide support. We support approximately 90 million people across the world, with a presence in 80 different countries.”

A group that’s dedicated to all things food-related might not seem a natural partner for drone technology. But in fact, as Alvarado points out, the WFP has long had connections in the field of aviation-related technologies.

“Whenever there’s a requirement for the humanitarian space to have air services, we have aviation services [we can advise on],” she said. Drones, in fact, sit perfectly within a Venn diagram of areas WFP actively investigates. “Combining all of those things — aviation, logistics, technology, telecommunications, and innovation — we saw [drones] as a natural way to support some of the operations that we have.”

Alvarado estimates that WFP employs some 16,000 employees worldwide. Of these, around 90% work in the field. If an emergency, such as a natural disaster, takes place, these employees can help distribute food and supplies where they’re needed the most. The challenge is knowing exactly where that might be.

By comparing high-resolution drone imagery, it was possible to develop a plan for moving people in areas of risk to safer ground before heavy rains begin.

“Historically, we have used satellite images [for these tasks],” Alvarado said. “Those continue to be great and to serve a good purpose. But what we’ve started to see are certain scenarios where satellite imagery isn’t able to perform some of the things we want to monitor.”

Satellite images aren’t always perfect. Alvarado gives the example of a hurricane hitting an area, potentially causing major devastation and damage in the process. That’s when rescue workers will most likely want to view aerial photos so they can determine which areas and residents are most in need of assistance based on such factors as roads and bridges that have been blocked or damaged. The problem: For a couple of days after a hurricane, cloud cover can make it difficult to get high-quality images. “That’s where a drone can come into play,” she said.

In 2017, category-5 hurricanes Irma and Maria hit the Caribbean. WFP’s regional office in Panama quickly deployed a drone to find out this information. The resulting insights gave the emergency response team information that they could use quickly.

Being proactive, not reactive

One of the big selling points that is often used to describe cutting-edge technology is that it switches decision-making from “reactive” to “proactive.” Being able to use drones to respond to disasters is a net positive, but that same technology can also be used for making more proactive decisions before disaster strikes.

“One of the things that we work very carefully with is to try and make sure that the technology not only makes sense from a technical [perspective], but also from a cultural perspective.”

For instance, in Mozambique, WFP’s drone infrastructure helped to identify and map areas that are vulnerable to floods in a stretch of land covering 14,000 square kilometers. By comparing high-resolution drone imagery of the same area taken during rainy and dry seasons, it was possible to develop a plan for moving people in areas of risk to safer ground before heavy rains begin.

Of course, having these drone technologies in existence is one thing; making them accessible is quite another. As the science fiction writer and futurist William Gibson famously said, “The future is already here — it’s just not very evenly distributed.”

That’s why WFP doesn’t just keep a fleet of drones to be dispatched in case of emergency. Instead, for the past several years, it has run drone training courses in a number of different countries around the world. These courses, which can last upward of a week, instruct participants, such as local government-sponsored groups, on how to use a wide variety of drones. Drones can range from consumer-style, multi-rotor copters to larger fixed-wing unmanned aerial vehicles (UAVs). The courses also teach important concepts such as national airspace and the finer points of data collection and mapping.

Think about the future

There’s no doubt that drones are already making a difference, but that’s nothing compared to the difference they will make in the future. One part of that is wider adoption of these technologies as more and more use cases are demonstrated.

“The region and the political situation in a country makes a big difference on how fast or slow you can move forward with technology,” Alvarado said. “One of the things that we work very carefully with is to try and make sure that the technology not only makes sense from a technical [perspective], but also from a cultural perspective.”

On the technical front, perhaps the biggest advance that will happen will be the increased integration of drones with another important emerging technology: Artificial intelligence. Alvarado notes that, at present, things like damage assessment are carried out by hand. “This is a lot of manual work,” she said. “What we’re starting to do is to automate some of it.”

An A.I. that’s trained to spot certain things could help quickly draw attention to information that needs to be highlighted. Such an A.I. could cross-reference what it is seeing with other information about things like population and demographics. In a life-and-death scenario, this could make all the difference. Alvarado said that an artificial intelligence could conceivably carry out, in hours, “things that before would take a whole workforce of people a week or even two weeks to analyze.”

She added that the WFP is also “working with countries that are very actively looking for ways for better [monitoring] their crops.” A failing crop might not sound quite as devastating as an earthquake or a hurricane, but its impacts are just as readily felt. For that reason, WFP is exploring the use of drones to monitor crops in places like Columbia. This drone imagery could be combined with A.I. to give farmers information on crop health and potential problems.

Clearly, the drone revolution is just getting started. And the World Food Programme is helping support it every step (or, well, flight) of the way.