Home News Thanks to iris scanning, refugees can get the food they need at...
News

Thanks to iris scanning, refugees can get the food they need at a glance 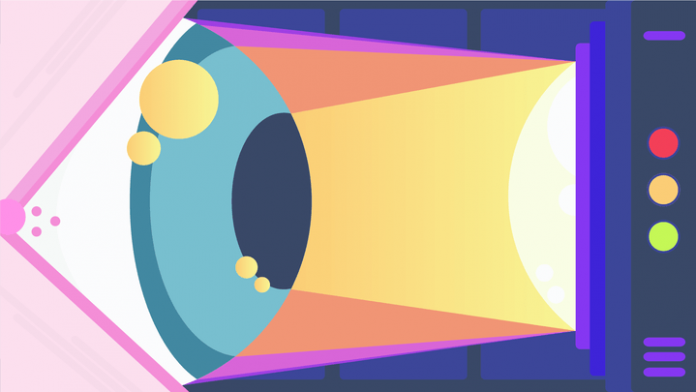 This article is part of The Food Fight: a series that explores how the UN World Food Programme is using technology to battle food scarcity and put an end to hunger by 2030. Check out the rest of the articles here.

If you could purchase groceries not with cash or card, but simply by letting the cashier scan your eye, would you do it? Given the numerous privacy scandals involving tech companies recently, more than a few of us might be wary of biometrics. For refugees in Jordan, however, a combination of iris scanning and blockchain – dubbed Building Blocks — is the latest innovation that the United Nations World Food Programme (WFP) has deployed to make putting food on the table easier.

Since 2011, more than 6.6 million Syrians have fled political violence in their country, and while there has been a lot of media attention paid to those coming (or trying to come) to Europe, many have sought refuge in neighboring countries. Jordan alone houses 755,000 refugees (the vast majority from Syria), according to a 2019 report from the United Nations High Commissioner for Refugees (UNHCR), with 16 percent living in refugee camps.

For the WFP, the world’s largest humanitarian organization dedicated to eliminating hunger, getting food to refugees who need it requires detailed planning.

“Traditionally, the way we’ve assisted people is by bringing food in kind and distributing it, like food, rice, corn, all of that,” says Houman Haddad, head of Emerging Technologies for the WFP. “So, we’ve essentially been a logistics company.”

Shipping and distributing vast quantities of food can be expensive, and as refugee numbers surge in response to crises, so do the logistical problems.

“At the start of the Syria crisis, we had hundreds of Syrians fleeing conflict from Syria through Jordan’s border,” Shada Moghraby, WFP communications officer, explains. “And we started out distributing ready meals that consisted of a bowl of rice, a protein, and a vegetable, and some milk or drink, through contracts with local restaurants.”

As more refugees flowed over the border, the WFP shifted to food boxes containing basic items like pasta and lentils. The organization knew that even this was unsustainable in the long run, however. That’s why the WFP has been experimenting with “cash-based transfers,” directing money to refugees so they can spend it on food themselves.

This has a number of benefits. Aside from cutting down on the costs of physically moving food, empowering refugees to buy their own food injects money into the economies hosting them.

“Instead of us bringing corn from another side of the world and killing the smallholder farmers locally, we stimulate the local economy,” Haddad says, adding that cash-based transfers are more dignified for the people receiving them. “Instead of us telling people, ‘Eat corn!’ they can choose what they want.”

To facilitate these cash transfers, WFP set up contracts with local banks to provide refugees with electronic smart cards.

“Then, every month, we upload a specific amount of money onto that smart card,” Moghraby explains, “and they can go to WFP-contracted supermarkets to spend whatever amount they get from the World Food Programme to buy products such as vegetables, fruit, eggs, and even meat and poultry, so that they can have a full, nutritious meal.”

Cards and vouchers aren’t without flaws, however. A card can be lost or stolen, in which case it could take days, even a week to replace. As such, WFP deployed a new, more convenient system: Iris scanners in the checkout line.

When refugees shop at a “WFP-contracted supermarket,” Moghraby said, “instead of having a card on them or any ID paper, they’ll just get their groceries, go to a cashier” and look into an iris scanner. “It communicates with a database that has all the details of the beneficiary, and it confirms that this person is a WFP beneficiary, and then that person can take their groceries and go home. The whole process takes about 3 seconds,” he added.

Instead of having a card on them or any ID paper, they’ll just get their groceries, go to a cashier” and look into an iris scanner.

The system has especially been a boon for women, who no longer need to worry about purse-snatchers, and can pop into a supermarket whenever they realize they need something.

“We’ve been noticing that the program has made the women of the families more prominent,” Moghraby says. “They’re the ones who are handling the expenses on the food … traditionally in Syria, it was the men who used to do that.”

People tend to be wary about their data these days — for good reason — and it’s particularly concerning for vulnerable populations like refugees, especially those who may be targeted by the governments they’re fleeing.

Recognizing that there might be privacy concerns, WFP started small, rolling the program out in small groups and soliciting feedback to make sure people were comfortable with the program. Although some refugees were concerned that their biometric data could end up in the hands of some government, both Haddad and Moghraby point out that WFP has no access to the database itself, which is maintained by the UNHCR.

“Even though biometrics are sensitive — I can’t imagine anyone being super-thrilled about using them — they are honestly necessary in this kind of context,” Haddad says. “A lot of refugees lack formal documentation. Some who have them will also destroy them on their journey. For example, Syrian refugees, because if they are caught by the wrong group on the journey based on their ethnicity or background, they could be killed at times.”

The WFP needed a way to accurately keep track of people without the documentation governments typically look for, and they needed to keep the identities of individual refugees private. The solution? You guessed it: Blockchain, the decentralized, distributed ledger technology that is famous as the foundation for cryptocurrencies like Bitcoin.

Since WFP’s assistance is family-based, according to Haddad, each individual has a personal ID that is linked to a family ID. When a refugee uses an iris scanner, “that imprint goes end-to-end encrypted to UNHCR,” he adds. “We don’t see any of it. UNHCR then returns to us the family account number for the person who was there.” The system checks the transaction amount and the family’s current entitlement, and if the family has sufficient funds, WFP authorizes the transaction. All of this is carried out on the blockchain, which is decentralized to prevent tampering, and where every step of the process is verified.

Most importantly for the users, their biometric data is safe from prying eyes.

A unified platform for all kinds of aid

The beauty of the blockchain isn’t limited to WFP, however. For Haddad, it is the foundation for a better, more collaborative U.N. Refugees don’t just need food. They also need medicine, education, and more, each provided by different agencies, such as the World Health Organization (WHO) or UNICEF. Now that many of these organizations are offering cash-based assistance, the need for coordination has spiked, according to Haddad, and that can be difficult given that various organizations, who may be serving the same populations, develop their own distinct systems.

“Each organization usually develops their system for their needs and then if you make it too broad, it becomes bloated,” he explains. “The idea here is to use blockchain as a neutral space, so organizations can use the systems they are comfortable with and have developed over the years to manage the relationship with the people they serve, to determine the entitlements that each person should get.”

Since no individual party controls the information on the blockchain, every organization involved can feel secure in using it. Technological advances in providing aid are going to be more important than ever. According to the UNHCR, there are more than 25 million refugees around the world in 2019, the highest number ever. The World Bank projects that by 2050, climate change could press 143 million people out of their homes.