Home News Stick with Android One, Motorola. Your phones are better for it
News

Stick with Android One, Motorola. Your phones are better for it 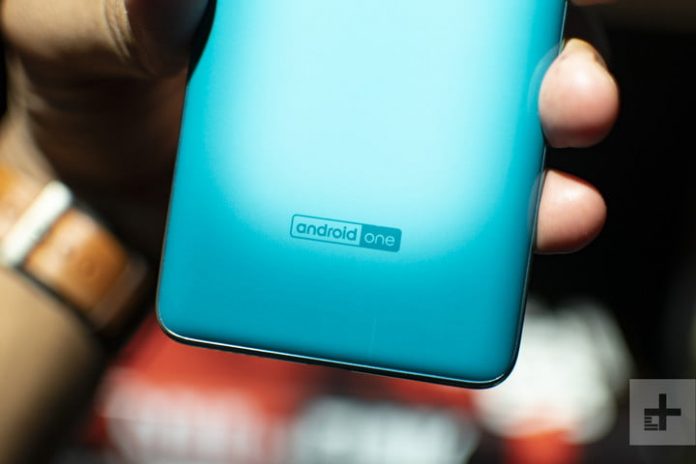 Software and security updates are not important. In essence, that’s what Motorola is saying with its latest phone, the Motorola One Zoom. What a load of dung.

The Motorola One series launched some time ago in partnership with Google’s Android One, as a way to commit to delivering 3 years of monthly security updates and 2 years of Android version upgrades. It also ensures a bloatware-free experience with no manufacturer skins; just a clean and uncluttered stock Android experience. That sounds wonderful, especially in a world where you can spend several hundred dollars on a phone and still have to wait more than half a year to receive an update.

But the Motorola One Zoom is the first Motorola One phone that’s not a part of the Android One program globally. Yes, it still has a nice interface, but I thought a key part of this series was to offer up a healthy set of updates. After all, Motorola has three other product categories (the Moto E, Moto G, and Moto Z series) and all of them are only set to receive one year of OS updates. Killing the best part of Motorola One phones is a dumb, dumb move.

The problem with Android updates

Only 10.4% of Android phones have Android 9 Pie, a version of Android that launched in 2018, whereas 88% of all active iOS devices are running iOS 12, which released in the same year. While Google has made attempts to curb the issue — and it is getting better — a large part of the responsibility falls in the hands of manufacturers.

Case in point: the Moto E6. It’s a $149 phone Motorola launched in August, and it will not get Android 10, the latest version, which launched mere weeks later. It means the phone is instantly out of date as soon as it’s unboxed, and that’s a decision Motorola made because it likely didn’t want to devote a ton of resources for such an affordable phone. That’s ridiculous.

If someone can’t afford to buy a flagship smartphone, that doesn’t mean they have to settle for a device that won’t be secure because the manufacturer didn’t want to allocate resources. Motorola isn’t the only one to blame for this.

“High-priced devices are often updated first, but having the latest software is as important to mid- and low-priced products as it is to flagship devices,” Abhilash Kumar, research analyst at Counterpoint Research said in a whitepaper.

The industry as a whole doesn’t spend as much attention on issuing updates as it does launching new phones.

“In our experience researching the industry, we have seen a few brands focusing on this,” Peter Richardson, research director at Counterpoint Research, said in the same whitepaper. “And perhaps because manufacturers are not talking about it, consumer awareness is also low. It doesn’t appear among the 10 features consumers say they care about most, in our research.”

Version upgrades — like going from Android 9 Pie to Android 10 — bring new features, like the new Dark Theme in Android 10 or the new hubs in the Settings menu that make it easy to monitor and control what apps have access to your phone’s location data and hardware. Constant security updates mean bugs and potential exploits are squashed, protecting you from malware and hackers. Updates can also improve the overall phone experience.

“Many of the key features including battery life, processor, camera and memory are linked to the performance of the underlying operating system.”

“Little effort is expended by the top manufacturers in focusing on regular updates to the operating system and device security, despite it being a critical element in the continued safe performance of the smartphone,” Richardson continues. “Many of the key features including battery life, processor, camera and memory are linked to the performance of the underlying operating system.”

Constant and consistent updates are hugely beneficial for smartphones, yet Richardson’s point on consumers not caring about software updates is precisely why the Motorola One Zoom is not an Android One phone. Motorola told Digital Trends its own internal research showed that buyers found software updates a secondary reason for buying Motorola phones, with design and camera coming out as top priorities.

But why on earth do you need to cut software updates to make a phone with a better camera and nicer design? Just take look at what HMD Global is doing with Nokia phones.

Around 17 Nokia smartphones will be updated to Android 10, beginning late this year until the middle of 2020. The more expensive phones are getting the update sooner, but even Nokia phones that are two years old are still getting the update. Why? Because HMD has continually said it’s committed to delivering updates, and all these phones are also a part of the Android One program.

Even the phones that aren’t a part of the program, like some of the Nokia phones sold through U.S. carriers, will be updated. HMD told Digital Trends it works with its carrier partners to update the phones as quickly as possible.

We know the Moto E6 won’t even get a single version update, but what about the new Motorola One Zoom, which costs $450?

“The Motorola One Zoom will launch on Android 9 Pie globally and receive at least one OS upgrade, as well as security updates on an industry-standard schedule,” a Motorola spokesperson told Digital Trends. “At this time, we are evaluating additional OS upgrades.”

That means the new phone will get the recently-launched Android 10 — don’t expect it to come anytime soon — and there’s a good chance you won’t see any more updates. That’s pathetic. The $350 Nokia 7.2 will get Android 10 soon after it launches, along with 3 years of security updates and another version upgrade — if not more.

Motorola’s customers may not have software updates top of mind, but that doesn’t mean smartphone buyers don’t. In the U.S., 52% of consumers rate the latest OS and security updates as very important, according to data Google shared with Digital Trends. In Mexico and Brazil — key markets for Motorola — Google’s study said 60 to 70% of consumers rate them as very important as well. In the U.K. and Switzerland, the number sat between 40 to 50%.

“We are gradually testing how our Motorola One devices are received without Android One.”

Motorola’s argument still shows that software updates do play a part in the buying process; it’s a “secondary purchase driver,” not a third, not a fourth, or non-existent, but second. The company chose to prioritize a quad-camera array and a beautiful design for the Motorola One Zoom — and it’s certainly impressive — but taking away a promise of updates undercuts the value of the phone. Nokia phone owners are getting comparable camera experiences — if not better — as well as strong design, without having to worry about whether their phone will get an update.

“With Motorola One Action and Motorola One Zoom, we are gradually testing how our Motorola One devices are received without Android One, given our consumer purchase insights showed the top purchase drivers are camera and design,” a spokesperson told Digital Trends. “Google and Motorola will continue to partner to bring meaningful Android devices to market with a clean Android experience. In the future, we’ll continue evaluating Android One on a device-by-device basis.”

Motorola doesn’t offer 2 years of Android updates for any of its other phones, from the Moto Z4 to the Moto G7, and it’s sad to see this happening to the One series, which was the only line of Motorola products that saw meaningful updates. But it’s not too late, as Motorola says it’s just “testing” how the change is received — there still could be more Android One Motorola phones, it just won’t be the norm for the Motorola One line.

If you are vocal enough and decry Motorola’s update philosophy, you just might make a difference. Please, Motorola, stick with Android One. Your phones are better for it.