The smaller 6.1-inch display is the only major difference between the new Xperia 5 and the Xperia 1. 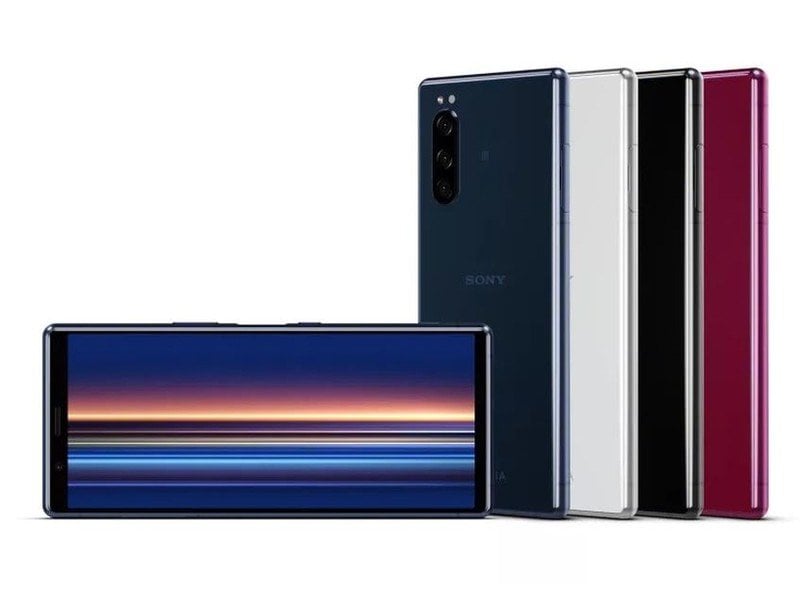 Sony today unveiled the Xperia 5 at its IFA 2019 press conference in Berlin. Just as rumored, the new Xperia 5 is basically a “compact” version of the Xperia 1 that the company launched earlier this year.

The Xperia 5 sports a 6.1-inch OLED HDR display with Full HD+ resolution and a 21:9 aspect ratio. While the display resolution is lower, the Xperia 5 is powered by the same Qualcomm Snapdragon 855 SoC as the bigger Xperia 1. The phone will be available in a single variant in most markets, featuring 6GB of RAM and 128GB storage.

Sony’s new Xperia 5 is identical to the Xperia 1 in the camera department as well. It has a triple-lens camera system at the back with a 12MP primary sensor, a 12MP telephoto lens featuring 2x optical zoom, and a 12MP wide-angle lens. On the front of the phone is an 8MP camera for selfies.

One of the few new features that the Xperia 5 brings to the table is called “Smart Connectivity”. Sony says the feature uses the company’s neural network libraries to analyze Wi-Fi signals and predict near-future connectivity issues. Whenever it predicts a compromise in connection quality, it will automatically switch to LTE.

The Xperia 5 also comes with Dolby Atmos sound, an IP68 rating for water and dust resistance, a 3,140mAh battery with 18W fast charging, and is compatible with Sony’s DualShock 4 controller. Sony says the Xperia 5 will be available for pre-order in Europe next week and is expected to begin shipping sometime next month. In the UK, Xperia 5 is slated to go on sale starting October 4.

The Xperia 1 may not be as compact as the new Xperia 5 but it offers a larger 6.5-inch OLED HDR display with 4K resolution and the same 21:9 aspect ratio. It also has three excellent rear-facing cameras, a 3,330mAh battery with 18W fast charging, and fast performance thanks to the Snapdragon 855 chipset.