Home News Scientists have found a way to use the cold of night to...
News 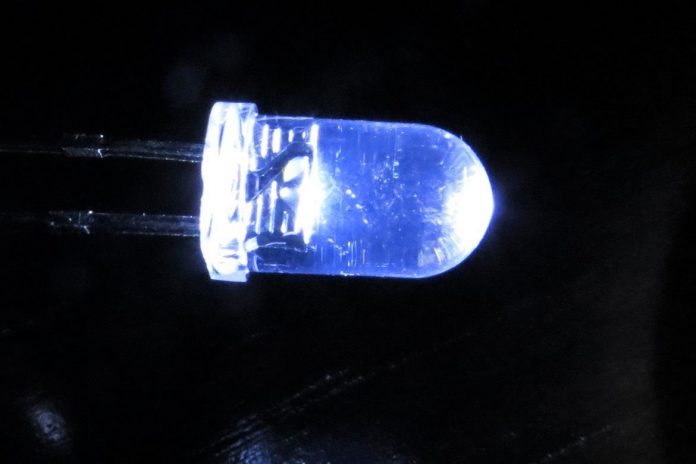 Scientists have discovered a way to power a light by using the cold of outer space, which could eventually be used to create the nighttime counterpart to solar energy.

Using an inexpensive thermoelectric device, they’re able to harness the cold of space without an active heat input. The process, called radiative sky cooling, can generate enough electricity to power an LED light. Think of it as similar to solar panels, except using the change in the night temperature for power rather than the sun.

“Remarkably, the device is able to generate electricity at night, when solar cells don’t work,” said lead author Aaswath Raman, an assistant professor of materials science and engineering at the University of California, Los Angeles. “Beyond lighting, we believe this could be a broadly enabling approach to power generation suitable for remote locations, and anywhere where power generation at night is needed.”

Details about the project were published on September 12 in the journal Joule.

The project is attempting to create something like solar power, except at night when the sun is not available. Yes, solar cells can be outfitted with batteries to store the day’s energy to be used at night, but those batteries ultimately make the technology more expensive — and can’t be charged at night.

Raman, along with two scientists from Stanford University, Wei Li and Shanhui Fan, has developed a device that uses radiative cooling. Essentially, a sky-facing surface passes its heat to the atmosphere as thermal radiation, losing some of its heat to space and reaching a cooler temperature than the surrounding air.

Scientists describe it as similar to how frost forms on the grass during above-freezing nights. That same idea can be used to create electricity and produce renewable energy after the sun has gone down.

They’ve tested the technology on a rooftop on Stanford’s California campus with some success.

“Our work highlights the many remaining opportunities for energy by taking advantage of the cold of outer space as a renewable energy resource,” said Raman. “We think this forms the basis of a complementary technology to solar. While the power output will always be substantially lower, it can operate at hours when solar cells cannot.”

Solar has become more and more popular in recent years as the cost of installing the technology on homes and businesses has become more affordable. While solar is growing across the globe, solar farms are growing particularly fast in the deserts of Asia and the Middle East.

The internet truly is a marvelous place. You used to have to go to school or the library to learn
Read more
News

The RCS rollout continues across the globe.RCS is an upgrade to the standard SMS messaging feature set that exists on
Read more
News

Boost Mobile offers a ton of data at a great price.Boost Mobile is a great deal for people that use
Read more

The internet truly is a marvelous place. You used to have to go to school or the library to learn
Read more

The RCS rollout continues across the globe.RCS is an upgrade to the standard SMS messaging feature set that exists on
Read more

Boost Mobile offers a ton of data at a great price.Boost Mobile is a great deal for people that use
Read more

Destroy All Humans is being remade for PlayStation 4

The cult classic is coming back for another round.THQ Nordic is back with a remake of another cult classic, Destroy
Read more