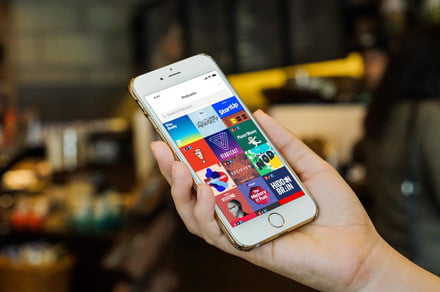 More than a year after being acquired by a collective group of public radio companies, Pocket Casts has announced it’s shifting to a freemium model. Unlike before, when the podcast-listening app charged an upfront fee, Pocket Casts is now a free download and locks a few exclusive perks behind a “Plus” subscription.

Starting Wednesday, September 18, Pocket Casts is doing away with its $4 price tag and offers the majority of its trappings –such as a dark theme and audio effects — at no cost. But to unlock a few premium features, users have the option to opt in for a monthly subscription.

The subscription, which costs $1 per month or $10 annually, is called Pocket Casts Plus and includes access to the service’s desktop as well as web apps, additional themes, and icons. People who had bought Pocket Casts’ $9 desktop clients before will be eligible for a three-year subscription of Pocket Casts Plus. Unfortunately, if you had paid for the Pocket Casts mobile app, your account won’t be upgraded to the premium tier.

Pocket Casts Plus also gives you 10GB of cloud storage which you can take advantage of to employ Pocket Casts’ functions for listening to your own media such as audiobooks and lecture recordings. Pocket Casts CEO Owen Grover further says the cloud storage will come in handy for podcast creators who’d like to test-run their new episodes before publication.

“We recognize the one-time download fee is antiquated, so we’re dropping that. Not because we’re trying to move users to Plus, but rather so we can align with the open-access philosophy of our public media ownership. In fact, we think only a small percentage of power users will opt for Pocket Casts Plus,” Grover added in a statement to Engadget.

The podcast industry is heating up. With giants such as Spotify, Apple, and Google investing aggressively in their podcast arms, Pocket Casts has more competition than ever. Its new announcement suggests the onslaught of new entrants has affected Pocket Casts’ numbers and it no longer made financial sense for it to ask for a hefty fee. It remains to be seen whether free cloud space and desktop clients will be enough to convince users to upgrade to the premium subscription.