Home News Pack your utensils: There will be macaroni and cheese on Mars
News

Pack your utensils: There will be macaroni and cheese on Mars 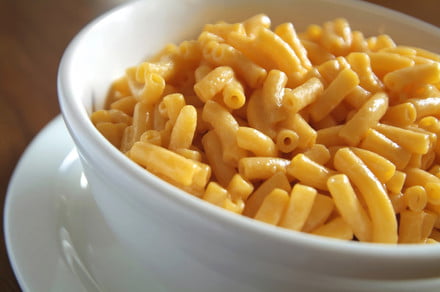 There are plenty of big questions that need to be answered as humankind prepares for potential future trips to Mars. What kind of rocket do we use to get there and back? Could the Martian surface be made to house life? Will it be a private mission from a company like SpaceX or a publicly funded one like the former Apollo missions? How do we make sure that astronauts and potential Mars colonists have ample supplies of macaroni and cheese?

One of these four space-age conundrums is currently being addressed by scientists at Washington State University. And (spoiler) it’s not any of the first three questions. What the Washington State scientists have developed is a method for tripling the shelf life of ready-to-eat packaged mac and cheese — with the goal of potential space travel consumption as one of their driving factors.

“We need a better barrier to keep oxygen away from the food and provide longer shelf-life similar to aluminum foil and plastic laminate pouches,” said Shyam Sablani, the leading researcher on the project, in a statement. “We’ve always been thinking of developing a product that can go to Mars, but with technology that can also benefit consumers here on Earth.”

The team sterilized their macaroni and cheese meal with a special process called microwave-assisted thermal sterilization. The process involves a special type of plastic container with a metal oxide coating on the plastic film. This significantly increases how long it takes for oxygen and other gases to break through. Using the approach, the shelf life of ready-to-eat macaroni and cheese can be safely extended for up to three years. A panel consisting of U.S. Army personnel recently carried out a taste test during which they concluded that a “three-year-old” version of the food, stored using the new technology, was perfectly edible.

The dish tested wasn’t actually aged for three years, but rather placed in a 100-degree Fahrenheit incubator, which speeds up food changes over a much shorter period of time. Six months in the incubator is reportedly enough to replicate the effects of three years of food at room temperature.

Nonetheless, this is exciting news. After all, who knows how many potentially great astronauts have previously been put off the prospective career based on a lack of their favorite cheese and pasta bake? Clearly that excuse won’t fly in our glittering future space utopia!