Home News NHL 20 review: More modes than you can shake a stick at
News

NHL 20 review: More modes than you can shake a stick at 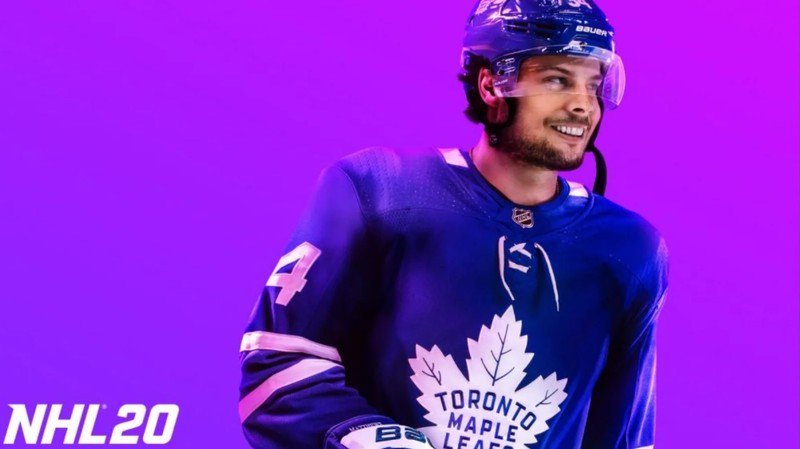 Who knew there were so many ways to play hockey?

The life cycle of sports games on any generation of gaming consoles is a funny thing. At the beginning, the developers haven’t yet grasped all they can do with new hardware, but toward the end, it feels like they run out of ways to drastically push things forward. NHL 20, reviewed here on PlayStation 4, is no exception, because with new Sony and Microsoft systems expected next year, it relies more on tinkering with what works than trying to revolutionize video game hockey.

So you won’t find any huge new gameplay features or flashy new graphics engines in NHL 20. But that’s just fine, because this is the one EA Sports series that can get by with an “if it ain’t broke, don’t fix it” approach. By doubling down on its strengths and freshening up a few areas that needed it, NHL 20 offers something to entice every hockey fan. 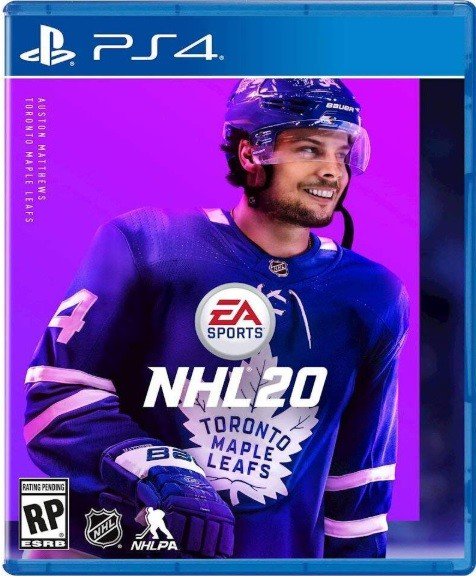 One last rush before time expires

Though NHL 20 doesn’t show massive improvements in any one area over its predecessor, there are enough additions and refinements to make it worth exploring.

What you’ll love about NHL 20

You’re not going to ever be asking “Is that all there is?” Seriously, just look at this menu and appreciate all there is to do: Everything that isn’t actually playing NHL hockey and all it entails is part of the World of CHEL, where you create your own hockey-playing avatar and use them across a variety of online modes — as well as Pro-Am, in case you want to experience the World of CHEL without being nervous about getting spanked by experienced players.

EA figured out a way to incorporate Battle Royale into NHL 20 because of course they did.

The developers found a clever way of incorporating the battle royale craze in a sports game without stretching logic too far with Eliminator, a new way to play the frantic NHL ONES and over-the-top-silly NHL THREES modes. Both of them feature multi-round tournaments that leave only one player or team the survivor by the end, with better rewards the longer you last.

Speaking of those rewards, World of CHEL is even more of a customizer’s dream than before, with EA Sports claiming it added more than 900 new pieces of gear and clothing to wear onto the (sometimes literally) frozen ponds. If you’re in the “microtransactions are evil” crowd, you’ll be happy to know that everything can be won while playing, particularly if you focus on knocking out some of the new CHEL challenges.

There are, of course, microtransactions in Hockey Ultimate Team, which is a love it or hate it across all EA Sports titles at this point. What’s really nice in NHL 20 is the addition of Squad Battles, conspicuous in their absence in previous iterations after proving popular in FIFA and Madden. Solo players now have a lot more to dig into by taking on a rotating selection of user-created squads, and as Martha Stewart might say, that’s a good thing.

If you’d prefer to actually, you know, play in the NHL in an NHL game (crazy, I know), Franchise Mode has beefed up the role of coaches. Not just the head coach either, as the entire coaching staff can have an impact on team chemistry and the way everyone on your roster performs. No longer a matter of simply racking up players with the best overall ratings, roster construction now promises to be as much an art as a science. While truly digging into all of the intricacies will take more time than I had pre-launch, it’s not an exaggeration to say that NHL 20 could be the best blend between a standard sports game and a management sim as we’ve seen on consoles to date.

EA is touting a revamped shooting system and improved goalie AI as the biggest gameplay improvements, but they don’t feel like they have dramatic impacts on the ice. You can tell different players shoot slightly differently, but goaltenders still leave a ton of questionable rebounds on softer shots and stick like glue to the harder ones, so that’s not much of a change. Still, the skating is as smooth as it’s been in years, and that’s what matters most to me in a hockey game. 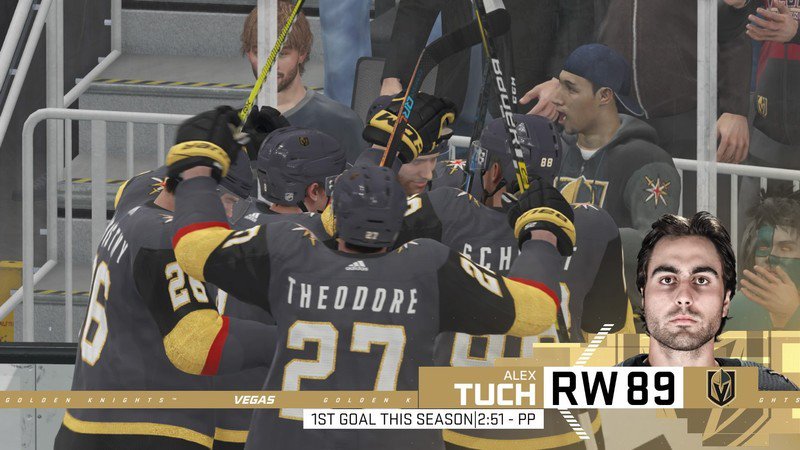 In terms of presentation, the game has received an overall coat of paint that applies to all of the NHL-related modes, with a new play-by-play announcer, bold new graphics and cool slow-mo highlights every period. If all you really wanted was for the NHL on NBC branding gone and different voices in the booth, you got it.

What you’ll dislike about NHL 20

Different doesn’t always mean better, and that concept is reinforced by the new presentation. Yes, the previous packaging for NHL games had grown stale, and compared to Madden 20, which has a lot of the same commentary it did last year, new play-by-play audio is a breath of fresh air.

That said, the combo of James Cybulski and the returning Ray Ferraro is, in a word, weird. For long stretches of action, Cybulski sounds like he’s calling the game by himself (though they also play on that humorously with Ferraro quipping that he “just woke up”), as Ferraro is supposed to be down on ice level, virtually speaking. Some people will undoubtedly just be glad there’s new commentary at all, but it’s going to take time for the new team to grow on me. The announcing during ONES and THREES is fun for about 30 seconds and then you’ll end up turning it down or listening to something else.

It’s also a little disappointing to see Be A Pro get so little attention for NHL 20, though it’s understandable given the resources that went into other modes. Like HUT, story-driven single-player modes tend to be divisive among sports gamers, but when you consider all the detail that goes into what other EA Sports series have done and compare it to what’s as by-the-numbers an experience as there could possibly be here, it’s only natural to feel a little jealous. 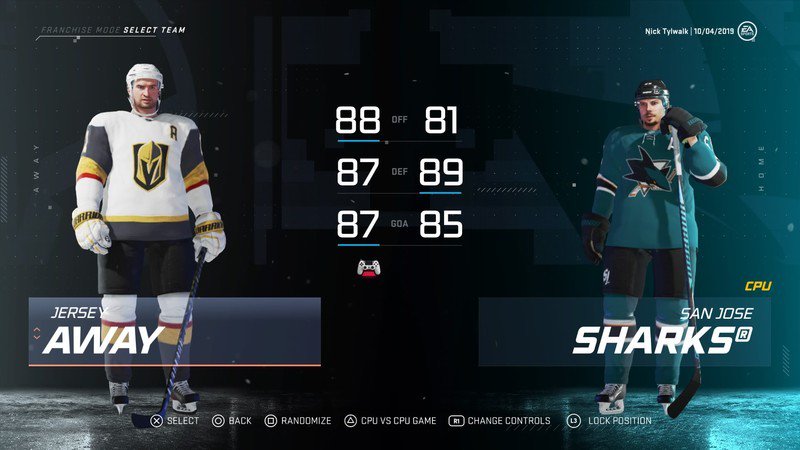 A similar sentiment applies to the player models in NHL 20, which definitely pale in comparison to their football and soccer coutnerparts. Lest you think this only applies to the pro athletes, there’s some unusual quirks to the World of CHEL avatars too. It’s fair to point out that this is at least partly because the NHL series has not been upgraded to the Frostbite Engine over time (and you can insert your own joke about whether that’s really an upgrade here), and so the devs are doing the best they can with the tech they have.

Nonetheless, this isn’t the prettiest work that EA Sports produces. The good news for both Be A Player and the player visuals is that both figure to be top of the list for improvements when next-gen consoles arrive.

EA Sports’ hockey franchise has been the most consistently enjoyable member of its roster, a bit of a hidden gem in the shadow of the larger FIFA and Madden audiences. The only question is whether to pick it up each season if the last one was perfectly fine.

In the case of NHL 20, there are enough new features to recommend it for longtime fans and a ton to do for anyone who has lapsed for multiple seasons. Whatever NHL 21 has in store for the next PlayStation and Xbox machines will be flashier, but it probably won’t be better than this right away.

One last rush before time expires

Though NHL 20 doesn’t show massive improvements in any one area over its predecessor, there are enough additions and refinements to make it worth exploring.

If you're looking for a powerful but affordable GPU for your next gaming rig, Nvidia's new $399 RTX 3060 Ti should be at the top of your list.
Read more

Porsche Design has teamed up with Huawei once again to produce a great looking version of its latest smartwatch. We find out what makes it special.
Read more

The price of Bitcoin has hit a new all-time high, but it didn't last for long, quickly falling several percent points to hover around the $19,000 per-coin-mark.
Read more