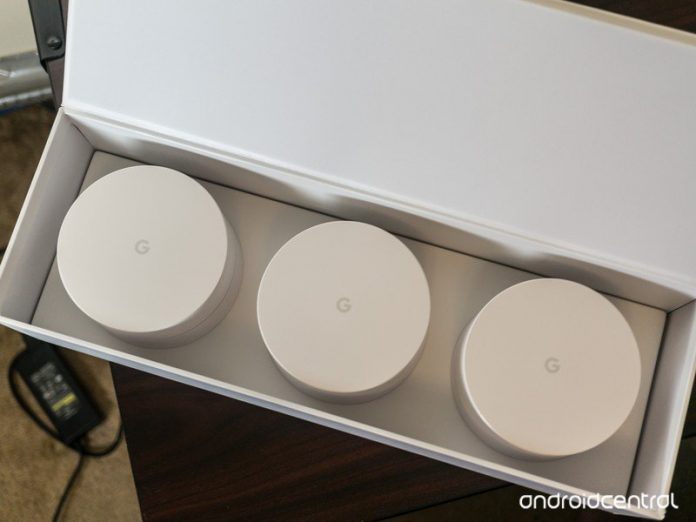 The system will consist of one primary router and two secondary ones. 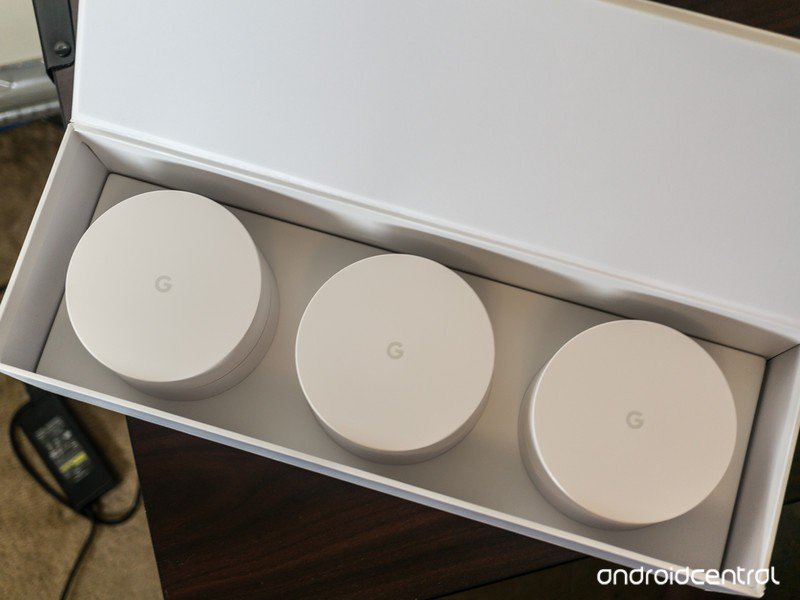 Google recently announced that it’ll be holding an event on October 15 to show off its latest hardware, with the main focus expected to be the Pixel 4. Alongside that, however, a report from 9to5Google now says we can look forward to new “Nest Wifi” hardware.

Following up on the Google Wifi mesh router system that was released in 2016, Nest Wifi is said to change up the mesh connection ever-so-slightly with there being one primary router and two secondary ones — not unlike what we see with the popular Eero mesh routers.

Our sources say that Google is adopting an Eero-like package with the Nest Wifi. The multi-pack of the first Google Wifi included multiple full-fledged routers that connected to one another wirelessly, while the second-gen Nest Wifi will instead offer one primary router alongside other, smaller beacons.

You’ll be able to buy a bundle that includes the main Nest Wifi router and its two secondary ones, and along with providing greater wireless coverage throughout your home, the smaller Nest Wifi routers will also act as Google Assistant speakers.

The Nest Wifi beacons that double as Assistant speakers are nearly identical in performance to the first- and second-generation Google Home Mini/Nest Mini.

In addition to the Google Assistant functionality, Nest Wifi is also reported to have a fresh design compared to Google Wifi, specifically one that’s “much more home-friendly and in line with other recent Google hardware.” The report goes on to say that Nest Wifi will be available in three colors and support backward compatibility with Google Wifi routers.

We’re inching closer and closer to Google’s October 15 event, so stay tuned over the next few weeks to see what the company has in store for us. 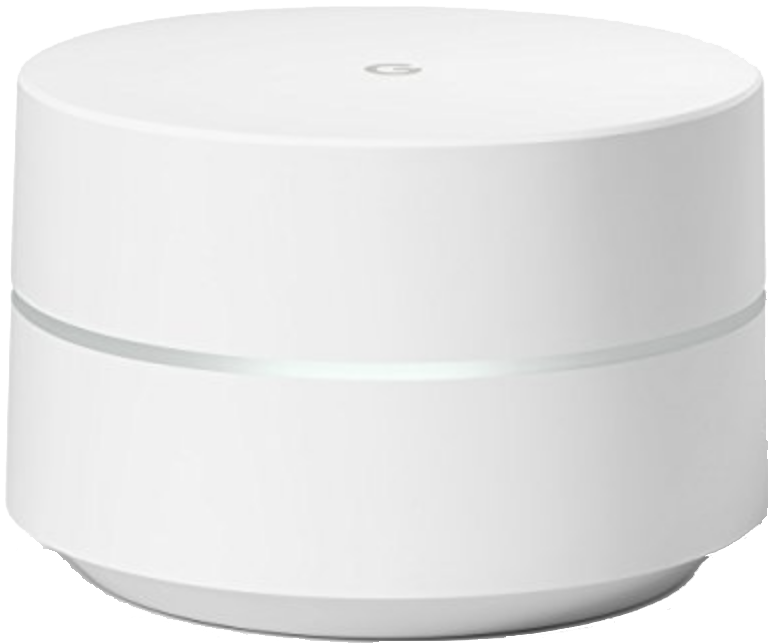 Google Wifi may be soon replaced by Nest Wifi, but that doesn’t mean it’s a bad purchase these days. It continues to be easy to install, have excellent wireless performance, and look clean/minimalistic in your home. If you don’t feel like waiting on Nest Wifi, give Google Wifi a shot.

Facebook
Twitter
Pinterest
WhatsApp
Previous articleBill Gates skeptical of regulators breaking up tech giants
Next articleNHL 20 review: More modes than you can shake a stick at

The TicWatch Pro 3 Cellular/LTE has launched on Vodafone in the UK, Spain, and Germany

Today, Mobvoi has released an LTE version of its popular TicWatch Pro 3 GPS, aptly named the TicWatch Pro 3 Cellular/LTE. Unfortunately, it’s launching exclusively on Vodafone in the UK, Spain, and Germany at this time. That’s bad news if you live in the U.S. like I do, but fantastic news for European users.The TicWatch Pro 3 Cellular/LTE supports Vodafone OneNumber allowing you to use your existing mobile number with the smartwatch to place calls, send texts, and more. Thanks to the cellular connectivity, the watch will also be able to send SOS alerts, dialing up your local emergency line and broadcasting your location in case of an emergency.Besides the LTE connectivity, the TicWatch Pro 3 Cellular/LTE is identical to the GPS model Mobvoi launched back in September. That means it has the same next-gen Qualcomm Snapdragon Wear 4100 processor that promises up to an 85% boost in performance while using 25% less power.Not only does the new Qualcomm chip improve battery life, but Mobvoi also included a beefy 577mAh battery which it claims can last up to 72-hours on a single charge. After spending some time with the TicWatch Pro 3 GPS recently, I can confirm it lasts me nearly three days. A feat that is quite impressive on a Wear OS smartwatch, it would most likely make it a full 72-hours if I didn’t choose to enable all of the health monitoring apps and use the always-on display.Additionally, the TicWatch Pro 3 Cellular/LTE includes the same improved heart rate monitor and SpO2 sensor for measuring your blood oxygen saturation. To take advantage of these sensors you’ll use Mobvoi’s capable range of TicHealth apps which includes, TicPulse, TicOxygen, TicExercise, and TicMotion.Furthermore, Mobvoi added a new range of health-focused apps with the TicWatch Pro 3 models, including TicHearing, TicZen, and TicBreathe.The TicWatch Pro 3 Cellular/LTE goes on sale today for £329.99 / €359.99 and will be available from Mobvoi.com, Amazon.co.uk, and some Vodafone websites.
Read more

Each year Google holds a vote allowing users to pick their favorite app, game, movie, and book from the Play Store. Voting for this year’s contenders ended on November 23, and after tallying them up, the winners for 2020 were announced today.First up, is the winner for best app, and apparently, Disney’s new streaming service has been a hit, because the Disney+ app is number one for 2020. However, when you look at the other apps in the running such as, Vimeo, Reface, and Microsoft Office among others–it’s not surprising to see the mouse came out on top. How can any of those other apps hope to compete with the might of Disney, Pixar, Marvel, and baby Yoda?As for the other awards, the game of the year award went to SpongeBob: Krusty Cook-Off, while Bad Boys for Life took the top movie choice, and If It Bleeds was the number one book.Along with the user’s choice awards, the Play Store editors also came together to share their favorite apps of the year. Number one on their list was Loóna: Bedtime Calm & Relax, a mood-altering app that is supposed to help you get ready to sleep. Given the stressful year 2020 has been, it’s no surprise an app meant to calm you would be the top choice.Some other standout choices include the popular video conferencing app Zoom and the hit free to play game Genshin Impact. The full list of apps and games can be viewed below.Best App of 2020Loóna: Bedtime Calm & Relax by Loona Inc.Best Personal Growth AppsPaired: App for Couples | Relationship Advice by Better Half Ltd.Centr, by Chris Hemsworth by Loup Pty LtdSpeekoo by LearnMyLanguageIntellect by The Intellect CompanyJumprope: How-to Videos by JumpropeBest Hidden Gem Apps Paperless Post Flyer Invitation Maker, Text Invite by Paperless PostLoóna: Bedtime Calm & Relax by Loona Inc.Explorest-Photo Locations by Explorest Inc.Cappuccino by Olivier DesmoulinTayasui Sketches by TayasuiBest Everyday Essential AppsGrid Diary – Journal, Planner by Sumi InteractiveWhisk: Turn Recipes into Shareable Shopping Lists by whisk.comThe Pattern by Pattern Home, Inc.ZOOM Cloud Meetings by zoom.usCalmaria by ABDZBest Apps for GoodGreenChoice: Healthy Grocery Shopping by GreenChoice, PBCMedito by Medito for Mindfulness, Meditation and SleepShareTheMeal: Donate to Charity and Solve Hunger by United NationsBest Apps for FunDisney+VITAReface (formerly Doublicat)Dolby On: Record Audio & MusicBazaart: Photo Editor and Graphic Design Best Game of 2020 Genshin Impact by miHoYo LimitedBest Indie GamesCookies Must Die by Rebel TwinsMaze Machina by Arnold RauersSky: Children of the Light by thatgamecompany incInbento by AfterburnGRIS by DevolverDigitalBest Casual GamesHarry Potter: Puzzles & Spells by ZyngaDreamWorks Trolls Pop: Bubble Shooter & Collection by Huuuge Games – Play TogetherSpongeBob: Krusty Cook-Off by Tilting PointDisney Frozen Adventure by Jam City, Inc.EverMerge by Big Fish GamesBest Innovative GamesFancade by Martin MagniMinimal Dungeon RPG by CapPlayThe Gardens Between by The Voxel AgentsGenshin Impact by miHoYo LimitedOrd. by Crescent Moon GamesBest Competitive Games Legends of Runeterra by Riot Games, IncThe Seven Deadly Sins: Grand Cross by NetmarbleBullet Echo by ZeptoLabGwent: The Witcher Card Game by CD PROJEKT S.A.Brawlhalla by Ubisoft Entertainment
Read more

How to crossplay Fortnite on mobile with other platforms

One of the best parts about today’s more popular games is that they can be played with other players, regardless of platform. Take, for instance, Fortnite, which has been kicking around a few years now, constantly roping in new players.If you’re itching to play Fortnite with your friends, here’s a quick-start guide on how to play the game with your friends on the mobile, PS4, PS5, Xbox One, Xbox Series X/S, Nintendo Switch, and the PC.The guide will not cover how to play with iOS users currently as there is no way to play on iOS currently.Pre-requisites:Before you begin, make sure you first have the game downloaded from our guide. aAs of today, Fortnite is still not in the Google Play Store, so you will have to use the aforementioned method to get it on your Android device.Second, if you aren’t on the latest version of the game, follow this guide to update your game to the latest version.Third, if your friends are on any non-smartphone/tablet system, ask them to enable cross-platform play. If they already play with other console players, it means they already have it enabled.Let’s get to playing!Once you’ve done all of the above, boot up your game with the play button via the Fortnite app or the Epic Games store app.You will eventually be loaded into your lobby.First, you will need to know your Epic ID or your Epic Games account name. This will be hovering about your character’s head in Fortnite.Once you know your Epic ID, share it with your friend or if you have to add them, tap on the top left of the screen to bring the social menu.Tap on the add friend tab and in there enter your friend’s Epic ID.If you are adding your friend, enter their Epic ID in the box and ask them to accept your friend request.Once your friend has added you, open the social menu one more time and it will take you to the Party Up screen by default. Over here look for your friend and tap on their name.A new menu will pop-out and give you a few choices. Choose Invite to party or Join party (if their party is set to public), otherwise have your friend send you an invite.You will be prompted to tap Accept on the screen to join your friend’s party.Once you have either joined your friend’s party, or they have joined yours, just choose the game mode you want to play, tap Ready! and you are good to go!Keep in mind that playing with players on any other system that isn’t Android (smartphone or tablet) will pair you with other consoles or PC players. As such, if you’re going to take on such intense competition, we recommend connecting a controller to your phone.
Read more