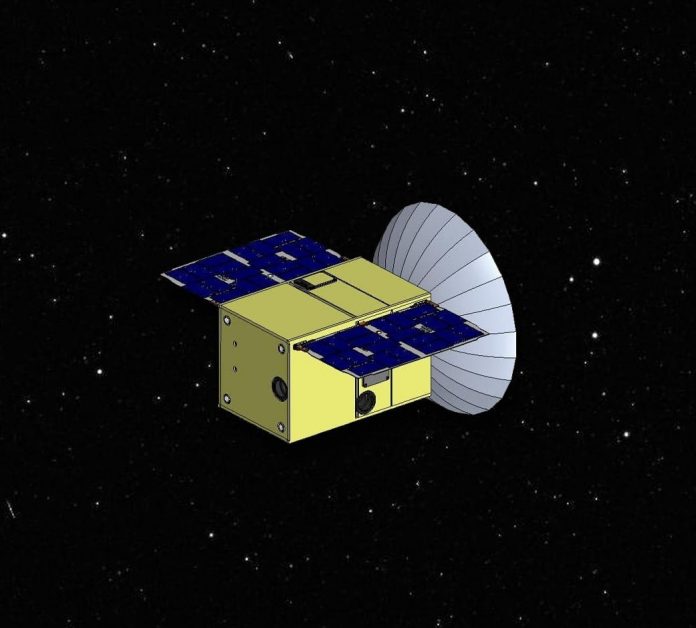 NASA’s ambitious Gateway program aims to send four astronauts to an outpost in orbit around the moon by 2025, following the Artemis mission and creating a staging area for eventual exploration of Mars and beyond. But before any manned missions can happen, a safe and stable orbit needs to be chosen. To that end, NASA has awarded a contract to the Advanced Space company to send a small satellite into the orbit planned for Gateway.

The Cislunar Autonomous Positioning System Technology Operations and Navigation Experiment (CAPSTONE) craft will be a CubeSat, a small satellite made of twelve 10 x 10 x 10cm cube-shaped units, that will be sent into what is called a “near rectilinear halo orbit” around the moon. That means the satellite will sometimes be as close as 1,000 miles from the surface of the moon, and at other times be as far away as 43,5000 miles.

Highly elliptical, a near rectilinear halo orbit around the Moon takes advantage of a precise balance point in the gravities of Earth and the Moon and creates stability that is ideal for long-term missions like Gateway. Credit: Advanced SpaceThe particular orbit chosen is a seven-day cycle, coming close to the moon once per week. It uses the gravity of both the moon and the Earth, finding a balance point where the craft is caught by the gravity of both bodies, which makes it very stable for a period of years. It’s called a halo orbit because from Earth it will look like a halo around the moon.

NASA is hoping to save time and money by combining the testing of the orbit with other functions like navigation system testing. “CAPSTONE offers a lot in a small package,” Advanced Space CEO Bradley Cheetham said in a statement. “Not only will it serve as a pathfinder for Artemis, but it will also demonstrate key exploration-enabling commercial capabilities. Our team will be pioneering state-of-the-art tools for mission planning and operations to enable growth in the number of future missions to the Moon, Mars, and throughout the solar system.”

CAPSTONE could be launched in a number of ways, including being the main payload from a launch vehicle. It will take three months after launch for it to enter its orbit, then it will spend six months collecting data in a demonstration phase.