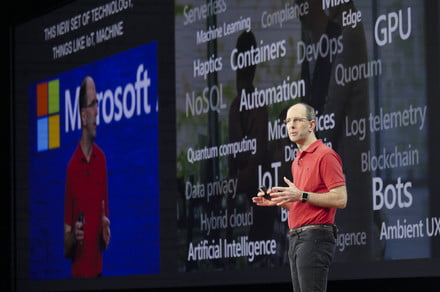 Seemingly out of nowhere, this week Microsoft gave everyone a look at its calendar for 2020 despite having a big quarter yet to go in 2019. Among the events that Microsoft is already announcing is its headline Build developer conference, which the company has scheduled for May 19, 2020.

In light of the fact that Microsoft’s Build conference has collided with Google’s flagship I/O conference in the past, and the blog post’s assurance that the company is “committed to closely aligning with all our partners, customers, and business and IT decision makers,” it’s possible that this is Microsoft’s attempt to avoid competing with Google for attention next spring.

Despite giving its developers and fans such an early heads up, more than eight months in advance, the update on its blog gave no indication of what sort of products or services we would see in May. Eager devotees and curious onlookers flocking to the linked homepage for Microsoft Build are left with very little to sink their teeth into beyond a signup for future updates via email.

There’s a good chance we know what Build 2020 won’t cover, though: With all the hype surrounding a new dual-screen Surface, code-named “Centaurus,” that is rumored to debut at an October 2019 Surface event, that is probably off the table for the spring gathering. It’s also possible that the October conference could apprise Windows watchers of the latest stage of Microsoft’s intensifying love-fest with Linux in the form of Microsoft’s Windows Subsystem for Linux 2.0 (WSL 2), which could well exit the insider program it is currently confined to by next month. This WSL 2 announcement could easily accompany the Surface one, too.

However, the elephant in the room with regard to Microsoft’s forthcoming revelations is its secretive Windows Core OS. It would make even more sense to expect to hear about what is purported to be a revolutionary new operating system at the company’s banner developer convention, considering the software (and, in the tablet arena, hardware) giant’s lack of any direct mention of it at this year’s Build event. Furthermore, the unveiling of a groundbreaking new OS at a conference announced more than half a year ahead of time would fit with the announcement’s emphasis on collaboration, as it would give key manufacturing partners like Dell and HP time to queue up the OS for primetime launch.