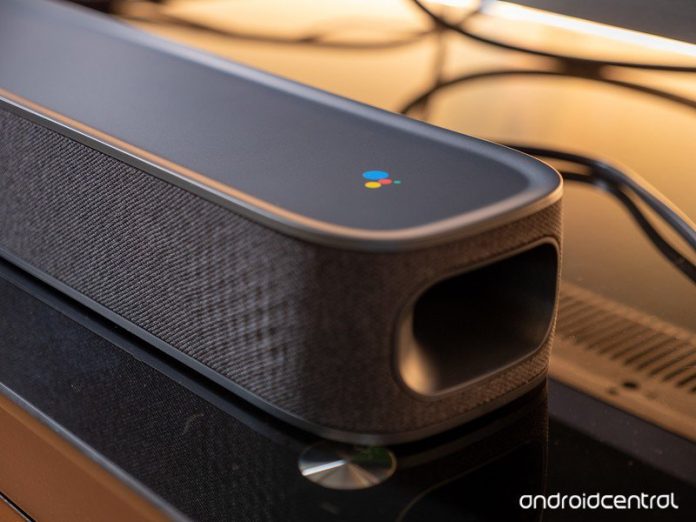 It’s really about how badly you want Android TV baked into a $399 soundbar. 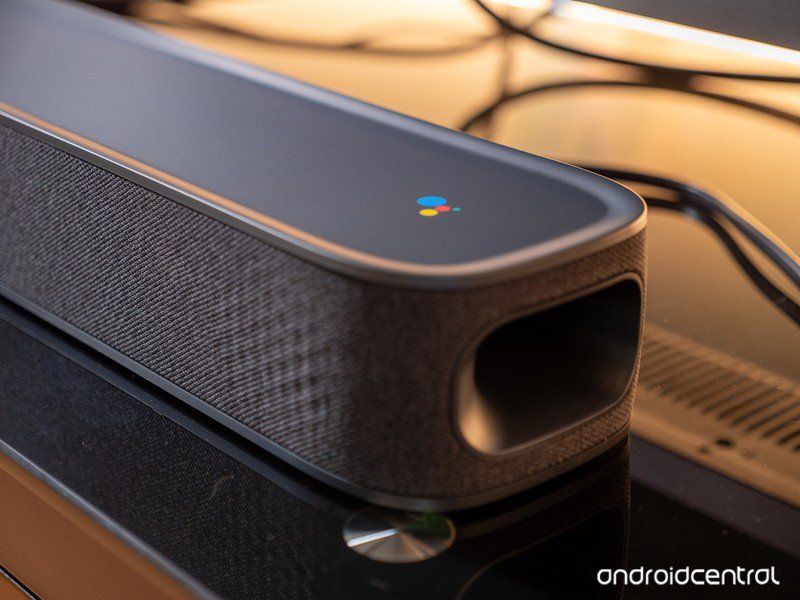 This may well come as a shock to many folks out there, but the speakers that come built in to a television generally are not all that great. It’ll vary from manufacturer to manufacturer (and by price, for sure), but the simple fact is that modern TVs just aren’t built for robust audio.

It’s also a simple fact that not everybody wants to deal with surround sound speakers — even though it’s possible to get a decent wireless setup for just a few hundred dollars these days.

That’s where soundbars come in. And not only do soundbars give you better room-quality audio — they’re also adding in complete operating systems so that you don’t have to also deal with some sort of streaming stick or box.

Halfway through 2019, the JBL Link Bar is the Android TV offering. (We’ll also see soundbars from Roku and Amazon Fire TV this year.) From a storied audio company like JBL, you’d well expect the sound quality to be great. (And it is.) And Android TV is very much a known entity at this point.

So what happens when you marry the two together in a $399 product? You get an excellent soundbar with the added bonus of a powerful smart TV platform. 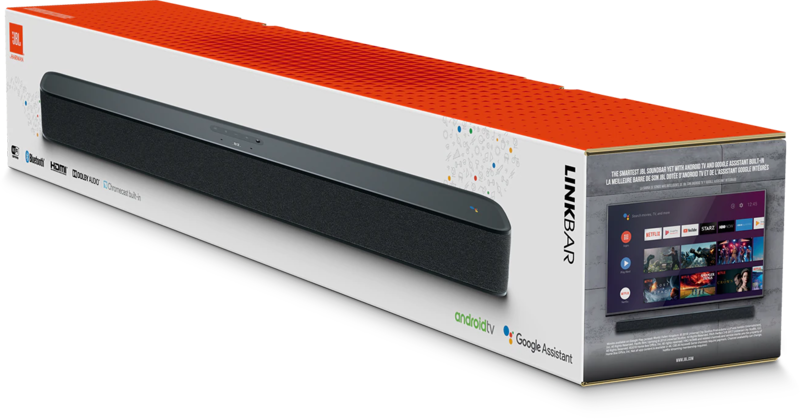 This is all about plugging in fewer things — and making your TV more useful in the process. It’s smart, and it sounds pretty darn good. But it’s pricey. 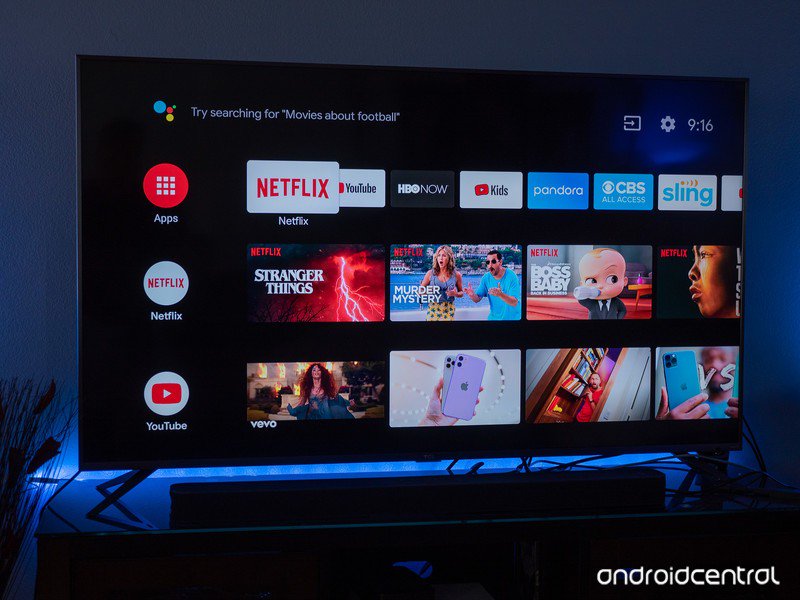 I’ve always demanded decent audio from my home entertainment setup. It doesn’t have to be bleeding edge — but I’ve had surround sound for as long as I can remember. I’ve had traditional 5.1 setups in the past. But for the last several years I’ve been using a relatively inexpensive Vizio soundbar paired with wireless rear speakers and a subwoofer. (I started with a system at less than $300 but have since been using an upgraded Vizio model that includes Dolby Atmos and can now be had for less than $400.)

So that’s the context with which I’ve approached the JBL Link Bar. I’m no audiophile, but I know when something sounds bad. And from the get-go, price has played a pretty big part in how I think about the Link Bar. (As well as the upcoming soundbars from Roku and Amazon.)

JBL Link Bar is a decent Android TV experience, but it’s hard to justify the price.

The setup and out-of-box experience from JBL is about as good as it could be. And that’s very much the point. You’ve got one thing to plug in. If you’re using the HDMI-ARC connection, you’ve got audio and video covered. Your setup may well vary, of course. But at its simplest, you just plug in and go.

After that it’s a matter of adding in your Google credentials and sitting back for a few minutes while apps load and update themselves. There was a good bit of mandatory downloading going on — so JBL’s worked some deals with some companies. It happens.

I’ve set up my share of Android TV devices, so I may be a little quicker than most. But a good half-hour of time really is all it should need, at least initially. Signing in to apps like YouTube and Spotify will add some time — that’s more a matter of whether you use them in the first place, though.

After that it’s a pretty standard Android TV experience. The home screen still isn’t the most user-friendly thing around — it still feels like it was designed by engineers, and there’s a lot of stuff on the screen.

I came into this prepared to be pretty down on the audio. Not because it’d be bad — JBL isn’t known for having bad audio — it’s just that a solitary soundbar, sans subwoofer, isn’t the same thing as what I’m used to. (Again, that’s a soundbar with rear speakers and a sub.)

But there’s a surprising amount of bass coming out of the Link Bar, ejected from the ports on either side. And enough so that I’m completely satisfied with it in my living room, which is pretty prone to echoes. That’s true whether I’m listening to music or watching movies. It’s not the same as having rears and a sub, but it’s still really good and pretty filling. (And while there’s obviously no Dolby Atmos, I’m also not exactly missing it.)

There’s also plenty of separation between the channels. Listen to the latest Tool record, for example, and you’ll hear the movement.

The remote control that comes with the Link Bar is decent. It’s a matte plastic (save for the glossy circular D-pad), so fingerprints aren’t a problem. And it’s thick enough and has just enough heft to feel substantial. The “OK” button in the middle of the D-pad is where your thumb naturally rests, which is good. Beneath that you’ll find buttons for Back, Google Assistant and Home — I’d prefer Home be in the middle, as I use that far more than I do Google Assistant. And there are volume controls at the bottom. All in all, it’s a good remote, powered by two AAA batteries.

Google Assistant works just fine. You can bark at it hands-free and be greeted by the same four hidden LEDs in very much the same way you’ll find on the Google Home speakers, which is a nice touch. Or you can use the Google Assistant button on the remote to trigger things. If you don’t want the Link Bar’s mics to be listening for you, there’s a physical switch to turn them off. 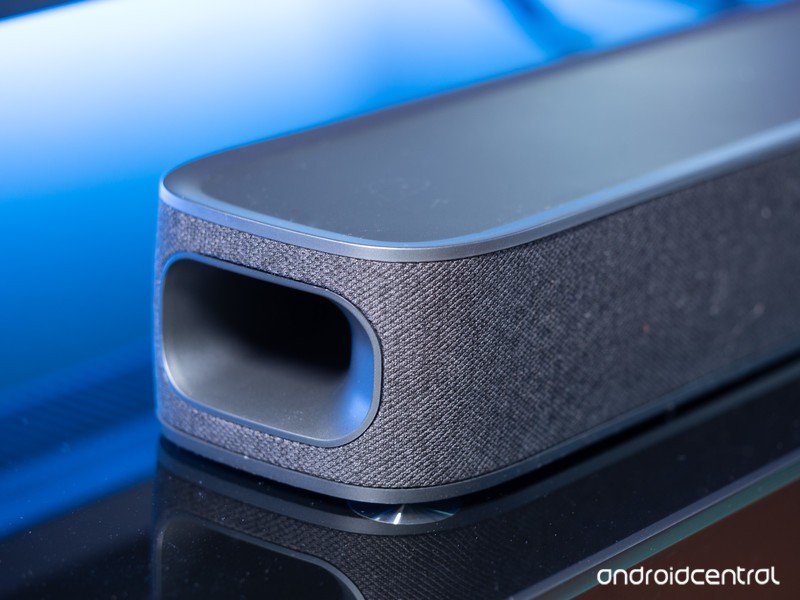 One of the more annoying things about Android is that you don’t have to stray far from the beaten path to find that things don’t always work as you expect.

It could be the little beeps you hear as you move from icon to icon on the home screen. They’re merely annoying at first — but then you realize the pitch starts to shift ever so slightly if you start moving around too quickly. Weird, and you’re able to turn that off in settings, but still.

You can buy a better Android TV box and surround-sound system for the same price.

Or maybe it’s the perceptible lag as you’re bouncing around. That’s something that perhaps most folks won’t notice. But if you’ve been using an NVIDIA Shield until now, you’ll notice.

But maybe the biggest headache is when you go to load an app like Amazon Prime Video. Which is to say, you can’t. It’s not yet available for the JBL Link Bar. Sure, you can Chromecast video from a phone to the Link Bar from the Amazon Prime Video app, but that’s not exactly ideal. And in my case I ended up with some pretty wonky latency — nearly a second off. (And unlike the Shield, the Link Bar had no way to adjust for that.)

So you’ve got a $399 smart sound bar that can’t reliably use one of the bigger video libraries around. Cool.

Should You Buy It? It Depends … 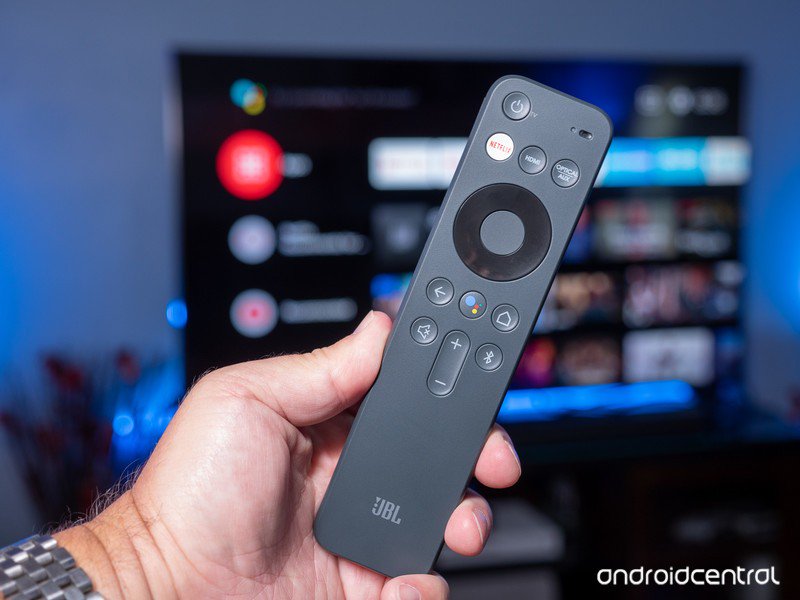 The one thing that’s been rolling around my brain with all of these sound bars is this: What, exactly, do you get for the money? If all you need is a really good soundbar, well, this is that.

If the JBL Link Bar existed in a vacuum, none of that would matter. But it doesn’t live in a vacuum. It lives in a world in which you can get an NVIDIA Shield (with the best Android TV experience there is) and pair it with a basic soundbar/rear/sub setup for roughly the same price. You just have to be willing to plug in a little more.

And that’s where a product like the JBL Link Bar becomes a tougher sell. It’s good. It’s pretty good, even. But it’s not the best Android TV experience out there. And the audio — which is pretty darn good considering it’s a soundbar — still runs into the physical limitations of a soundbar. And pairing a sub darn near doubles the price.

Would I recommend the JBL Link Bar? Sure. But I’ll also point out how you can get more for the same cost.

This is all about plugging in fewer things — and making your TV more useful in the process. It’s smart, and it sounds pretty darn good. But it’s pricey.