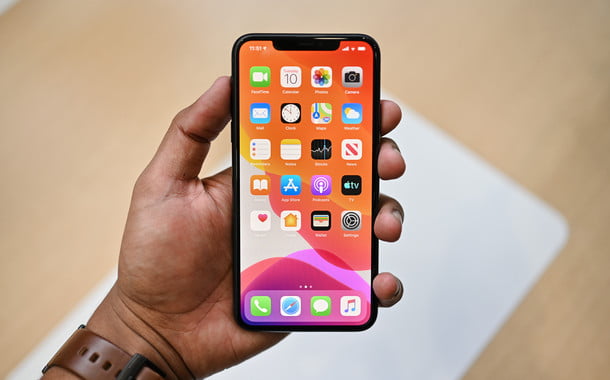 Is it the iPhone “Ten S”? Or is it “Ex S”? It doesn’t matter anymore, because the latest iPhones drop the Roman numerals for a new moniker — one that I hope Apple sticks to so it can end all this confusion between its iPhones. There’s the iPhone 11, the iPhone 11 Pro, and the iPhone 11 Pro Max.

The addition of “Pro” to distinguish its flagship smartphones over its cheapest model — which was known last year as the iPhone XR — makes sense. Apple uses the “Pro” label in several other categories of products, from the iPad Pro to the MacBook Pro; it still doesn’t make iPhone 11 Pro Max any less of a mouthful.

Naming aside, what I’m most excited about on the iPhone 11 Pro and iPhone 11 Pro Max is the triple-camera suite, which adds an extra ultra-wide-angle lens to the portfolio, along with features like Night mode and slofies — slow motion selfies. The iPhone’s camera has never been bad, but has struggled to keep up with competitors like the Google Pixel 3 and Huawei’s P30 Pro. It’s looking like that’s about to change.

First, let’s talk about looks. Sure, the front’s hardly different over the iPhone XS and XS Max. You’re still getting a wide notch housing the TrueDepth camera and similar sized bezels around the screens. The iPhone 11 Pro has a 5.8-inch OLED screen, with a 2,436 x 1,125 resolution, whereas the iPhone 11 Pro Max kicks things up to a 2,688 x 1,242 resolution on a 6.5-inch OLED screen.

What’s new is the display technology, which Apple is calling Super Retina XDR, bringing down some features from the company’s Pro Display XDR monitor. It enables a higher contrast ratio and improved HDR. The screen can reach 1,200 nits, though you’ll more often see it hit 800 nits.

It looks fantastic, at least from my brief time with it in the hands-on area. Blacks were noticeably inky, hiding away the notch when paired with a black wallpaper, and colors look natural.

Display upgrades are one of the key reasons to buy the Pro models over the standard iPhone 11, which has an LCD screen. If you want the best quality possible for your screen, the iPhone 11 Pro and Max are the way to go.

Going case free? Guess what? You won’t need to deal with fingerprints!

If you drop it, you should have a little peace of mind because the Pro models use stainless steel, which is stronger than the aluminum on most phones (including the iPhone 11) and more scratch-resistant. It’s still glass on the back and front, though it’s strengthened. You’ll want to slap a case on it if you’re paranoid. Apple says it has improved the water resistance on the new iPhones. They’re still IP68, but you can take it up to 2 meters underwater for 30 minutes, as opposed to just 1 meter on last year’s model.

Going case free? Guess what? You won’t need to deal with fingerprints! At least, not as much as before. The new iPhone Pro models utilize a matte texture for the glass on the back, and it feels nice to touch and I didn’t feel the need to wipe it down after a few minutes of use. There’s a new Midnight Green color too, which is quite subtle, but I’m digging it; that’s alongside the traditional Space Grey, Silver, and Gold options.

Now, onto the elephant in the room: the camera module on the back. Elephant is the right word, because it’s massive. I’d have liked Apple to add a mask on the glass covering the lenses so they don’t look as pronounced, not unlike what Samsung does on its Galaxy S10 range. It’s all a bit jarring, and while I’ll get used to it, I’m not the biggest fan.

The design of the camera may not be a strong point on the iPhone 11 Pro range, but that’s certainly not the case with the cameras themselves. Like most smartphones today, ranging from the LG V50 to the Galaxy Note 10 Plus, the iPhone now comes with a standard, telephoto, and ultra-wide-angle lenses, allowing for extreme versatility when snapping photos.

The ultra-wide-angle lens has an f/2.4 aperture with a 120-degree field of view, and it allows for so much more to be in the shot. Switching between all three lenses is seamless and fluid — you can either slide your finger and go from 0.5x, 1x, 2x, and even a 10x digital zoom option. Alternatively, you can just tap on the 1x button to cycle through those options.

Speaking of versatility, Apple is also following the rest of the industry with the inclusion of a Night mode. It’s not a dedicated camera mode, but one that triggers automatically when it detects low light. You can choose the length of time for the long exposure (or let it do the work automatically). Apple’s photo comparisons with Night mode off and on are quite impressive, but I haven’t been able to give this feature a try because it was blindingly bright in the hands-on area.

It feels like Apple is finally ready to claim the title again for being the smartphone camera champion.

While I’ll be comparing this to the Pixel’s Night Sight mode, which leverages artificial intelligence to color in low-light photos, it’ll be more interesting to compare Night Sight with Deep Fusion, a new feature coming to the Pro iPhone models later this year. Apple said the feature captures several images before you tap the shutter icon, utilizes a long exposure, and then the neural engine, which selects all the pixels in the image and optimizes them to maximize detail and reduce noise. It’s a lot of work happening under the hood fast, and it should result in stunning low light photos, but it’s not available yet.

Apple is touting several video upgrades on the iPhone 11 Pro range, specifically with improved “cinematic stabilization,” which should allow for more fluid footage, along with 4K 60 frames-per-second video capture, and extended dynamic range to help with high-contrast lighting conditions. I haven’t had a chance to properly test any of this, but I will in the full review when I get my hands on a unit.

Other improvements include better HDR for stills, a new High Key Mono Portrait Lighting option, but the most intriguing is Slofies, largely because of its ridiculous name. It stands for slow-motion selfies, meaning you can capture 120 frames-per-second slow-motion footage with the front-facing 12-megapixel camera. It’s not common to see this on smartphones, but I had a lot of fun making faces in slow motion.

The iPhone 11 Pro and iPhone 11 Pro Max are powered by Apple’s A13 Bionic processor, which the company said is the most powerful mobile chipset available today. It certainly makes the new iPhones feel fast and fluid. I played a game called Pascal’s Wager, and it ran without a hitch.

Apple is finally including the 18W fast charger in the box.

Apple is finally including the 18W fast charger in the box, which you had to buy separately on last year’s iPhone models. It’s a nice change and makes the iPhone charging speed comparable to most of the competition. There’s still the option to wirelessly recharge them.

The new iPhones run iOS 13 out of the box, and you can check out our guide to iOS 13 for more impressions on the latest software from Apple. One notable change is that Apple has taken out 3D Touch on the new phones, opting for Haptic Touch instead as we saw on last year’s iPhone XR. It means pressing and holding app icons to access the pop-out menus will require a bit of a harder press.

The screen, build materials, and the extra camera lens are good reasons to buy the Pro range over the standard iPhone 11, but it’s unclear whether those improvements are worth the $300 price jump. For most people, probably not – but if you want the absolute best, you likely know the answer already. It’s nice to see the features are all the same between the iPhone 11 Pro and the Pro Max, so you can choose between sizes and not features.

I wish Apple included USB-C here, considering the jump to the “Pro” name. The iPad Pro and MacBook Pro all have USB-C. The addition here would have been perfect, and it would mean one less cable to carry around.

I’ll be testing the new iPhones soon, so check back in for my final thoughts on Apple’s latest.