Home News iPhone 11 Pro and 11 Pro Max: Everything you need to know
News

iPhone 11 Pro and 11 Pro Max: Everything you need to know 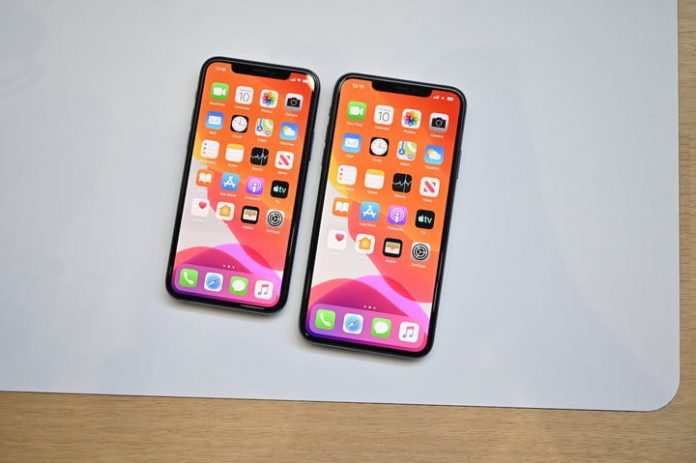 Ready to be an iPhone Pro?

Apple has announced the new iPhone 11 Pro and 11 Pro Max at its September event, helping us easily recognize its “most advanced” devices over the newly announced, and cheaper, iPhone 11 which succeeds the iPhone XR. The phones have a host of new features centered around an exciting triple-lens camera system, and more efficient performance through the latest A13 Bionic chip and some key software optimizations.

Not looking to spend the most advanced amount of money? Check out or specs comparison between the Pro models and the iPhone XR successor, the iPhone 11.

New colors and camera, but essentially the same design

New colors and a triple-camera hump on the back separate the iPhone 11 Pro models from their predecessors, the iPhone XS and XS Max. In addition to the typical gold, silver, and space gray colors, Apple’s introduced a new hue called midnight green. Otherwise, if you’re not looking at this color or the lens array on the back of the phone, you won’t see much difference in the overall design to the last models.

The notch is unchanged, as are the thicker stainless-steel bezels around the screen. Both are heavier too, with the iPhone 11 Pro gaining 10 grams to reach 188 grams, and the iPhone 11 Pro Max is now a massive 226 grams, way above the already heavy 208 grams of the XS Max.

Apple’s rebranded the iPhone 11 Pro’s screen with a third descriptor, labeling it the “Super Retina XDR” display. With this you’ll find the same OLED display from last year with very similar specs. The 11 Pro has a 5.8-inch screen with a resolution of 2436 x 1125, and 458 pixels-per-inch (PPI) density, while the iPhone 11 Pro has a 6.5-inch screen with 2688 x 1242 pixels for the same PPI. What has improved? The Super Retina XDR panel has a 1,200nit brightness, and a 2-million-to-one contrast ratio, plus the usual True Tone color management tools for a colorful, natural viewing experience.

The iPhone 11 Pro’s camera still delivers a 2x optical zoom photo, as before, while Apple describes the ultra-wide viewpoint as a 2x optical zoom-out. To help compose shots, previews for wide-angle pictures will be seen with a translucent border around the regular lens’s preview while taking a picture, helping you understand which lens will take the best photo.

Up front is an upgraded 12-megapixel sensor for taking wider group selfies, with the ability to still take narrower 7 MP selfies alone, all with just a turn of the phone from landscape to portrait. You can also now snap videos without switching camera modes by simply holding down the shutter button. Optimizations to video stabilization have been made, and slow-motion video is now available on the front-facing camera for the first time. Apple’s also introducing an audio zoom in video feature, similar to what we’ve seen from LG’s V50 and the Samsung Galaxy Note 10 and Note 10 Plus.

Among the other new features is a dedicated Night Mode which switches on automatically when the environment calls for it. This uses multiple exposures to compile a photo and reduce noise, bringing darker scenes to life. We’ve seen features like this with the Google Pixel 3’s Night Sight, Huawei P30’s Night Mode, and Samsung’s latest Night Mode, as well. There’s also a new Portrait Lighting mode called “High-key Mono,” which produces brightened black and white photos while removing the background around the subject.

Also announced is a feature called Deep Fusion, which will arrive later this fall as an update. This uses pixel-by-pixel analysis through machine learning to refine photos for extremely clear detail eliminating movement and noise — much in the same way Super Res Zoom works on the Google’s Pixel devices. Essentially, this mode will capture nine photos in total — some even before the shutter is clicked and one at the time of actually tapping the button — then optimize them using the A13 Bionic’s NPU (Neural Processing Unit) for clarity.

Finally, camera app FilMic Pro will extend the multi-lens functionality further, letting you simultaneously record 4K video from all four cameras on the iPhone 11 Pro (three on back and one front-facing camera) when the new version of this app launches later this fall.

Apple didn’t dive too deeply into the bolstered performance offered by the new A13 Bionic, only stating that it’s 20% faster than the A12 Bionic chip inside the last iPhone models, enough for it to claim it’s, “the fastest chip ever in a smartphone.” It’s efficient too, and optimizations mean more battery life from both new Pro models.

You’re looking at a four-hour increase in battery life from the iPhone XS to the 11 Pro, and five hours from the XS Max to the iPhone 11 Pro Max. There are also four efficiency cores inside the chip and “machine learning accelerators” to help the A13 Bionic achieve 1 trillion operations per second, according to Apple. It’s here where the chip will speedily process those complicated photos taken by the new camera.

Happily, when you buy the newest iPhone you will finally be treated to the fast-charging experience it deserves, as each model will come with an 18-watt USB-C-to-Lightning charger bundled in the box. Both also support wireless charging, have improved Face ID that works better at distances and angles, plus an IP68 rating for water and dust resistance.

The Dell XPS 13 is hands-down the best laptop out there at the moment, and it’s still on sale for just $700.
Read more
News

If you're doing some Memorial Day shopping, here are the best tech deals from the Best Buy Memorial Day Sale.
Read more

How to make a saddle in Minecraft

You have your horse, your hat, your tools, and your weapons -- now all you need is a saddle to gallop forth.
Read more

The Dell XPS 13 is hands-down the best laptop out there at the moment, and it’s still on sale for just $700.
Read more

If you're doing some Memorial Day shopping, here are the best tech deals from the Best Buy Memorial Day Sale.
Read more