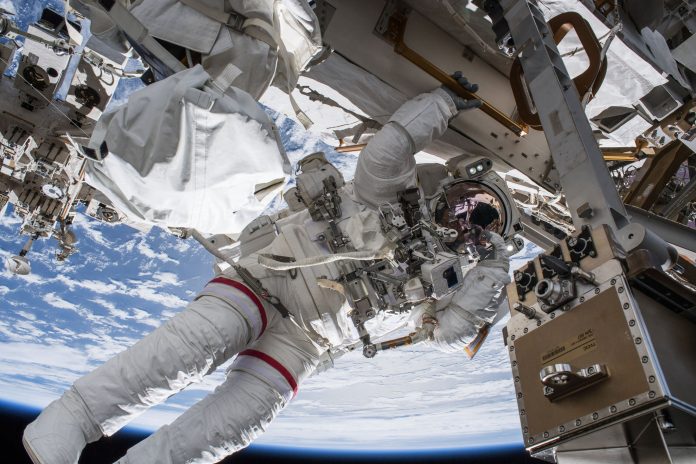 The unique environment of the station allows astronauts to perform important scientific research. These upgrades will increase the amount of data from these experiments that can be sent back to Earth. NASA

The International Space Station (ISS) is getting a data boost. Components of the Space Network have been upgraded to double the rate at which data can be sent from the ISS back to earth, allowing faster transfer of scientific information between the station and researchers on the ground.

Communication networks are vital for performing NASA missions, and the new 600 megabits per second (Mbps) connection will help with human spaceflight missions as well as scientific research and technological demonstrations. Some of the research performed onboard the ISS includes measuring the behavior of gels in microgravity, analyzing data from the astronauts such as their blood cell counts, and looking at how weightlessness affects human blood vessels and the heart.

The results from these and other experiments can now be sent back to NASA faster, and the higher speed connection opens up possibilities for more projects which require high-resolution images or videos, or highly detailed data.

“NASA’s communications networks play a pivotal role in every NASA mission, enabling data from human spaceflight, space and earth science research missions, and technological demonstrations to reach earth for the benefit of humanity,” George Morrow, the acting center director of NASA’s Goddard Space Flight Center, said in a statement. “This increase in data rate capability for the International Space Station underlines our commitment to provide high-quality operational services for NASA exploration missions today and in the future.”

The ISS sends data to earth via radio frequency signals using a system of data relay satellites in high orbit, which is detected by the ground-based antennas which form the Space Network. The data is then sent from the antennas via a landline to NASA centers across the country, where the radio signal is translated into usable data. The same process happens in reverse to send data from the ground to the ISS.

The upgrades performed included new architecture for the Space Network, better data processors at NASA centers, and enhanced hardware such as routers at the ground stations. Upgrading the global system required cooperation between different locations and companies. “Partnerships like this are crucial to our continued success as an agency,” Penny Roberts, the upgrade project lead for the space station, said in the same statement. “Our continued partnership will transition us to 600 Mbps, and who knows where else we will go together.”