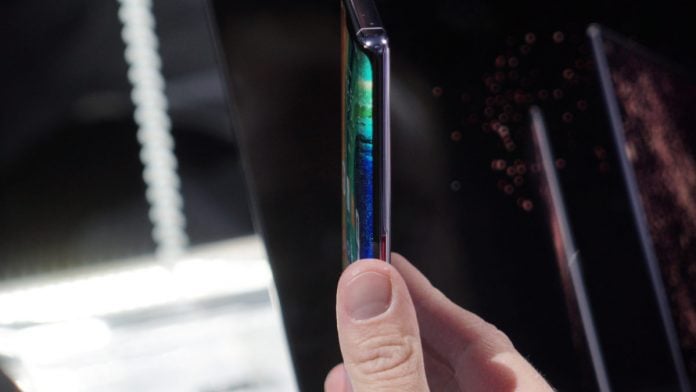 Who would buy a phone without Google apps? It’s a rhetorical question that has come up time and again over the years, as Google solidified its grip of the Android ecosystem by carefully controlling who gets to use its apps. The rhetorical question is about to become very real as Huawei tests the waters with a flagship Android phone with no Google apps preinstalled — the Huawei Mate 30 Pro.

Huawei is doing the unthinkable here, but it’s not out of its own volition. Is the Mate 30 Pro good enough to tempt buyers in spite of the Google apps hassle? Here are our impressions so far.

Who would buy a phone without Google apps? Huawei is about to find out. 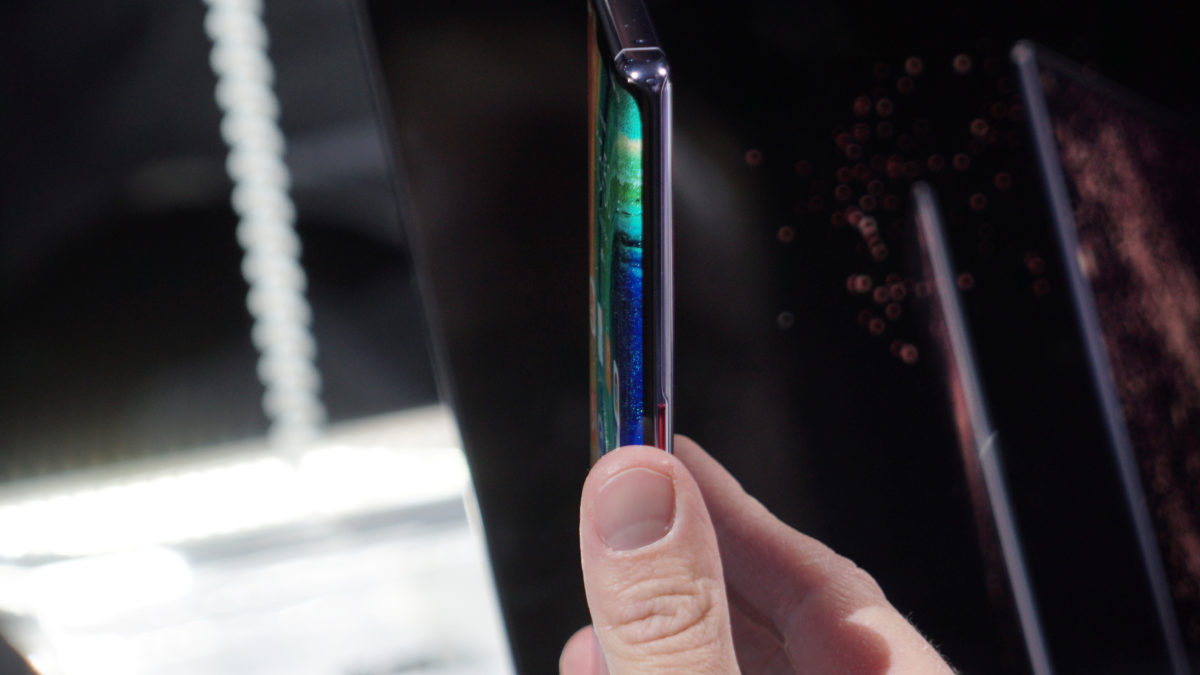 Visually, the Mate 30 Pro is a departure from both its predecessor and the newer Huawei P30 Pro. Huawei has changed things up quite a bit, even if the Mate 20 Pro’s design still looks relatively fresh.

Gone is the squarish camera module, replaced by a circular one that’s surrounded by an eye-catching ring of polished glass. The back of the Mate 30 Pro is quite glossy. Some colors come with a matte-to-glossy gradient, so as to not attract fingerprints.

Huawei has toned down the gradient effect it used on the Mate 20 Pro, probably because a lot of other manufacturers have copied it since its release. The new colors – black, lavender, purple, and teal – look classy and still have some depth that changes with the viewing angle.

There are also a couple of models made with a vegan leather back. These both look great, and the leather-backed Pro model still maintains its IP68 water and dust-resistance rating. 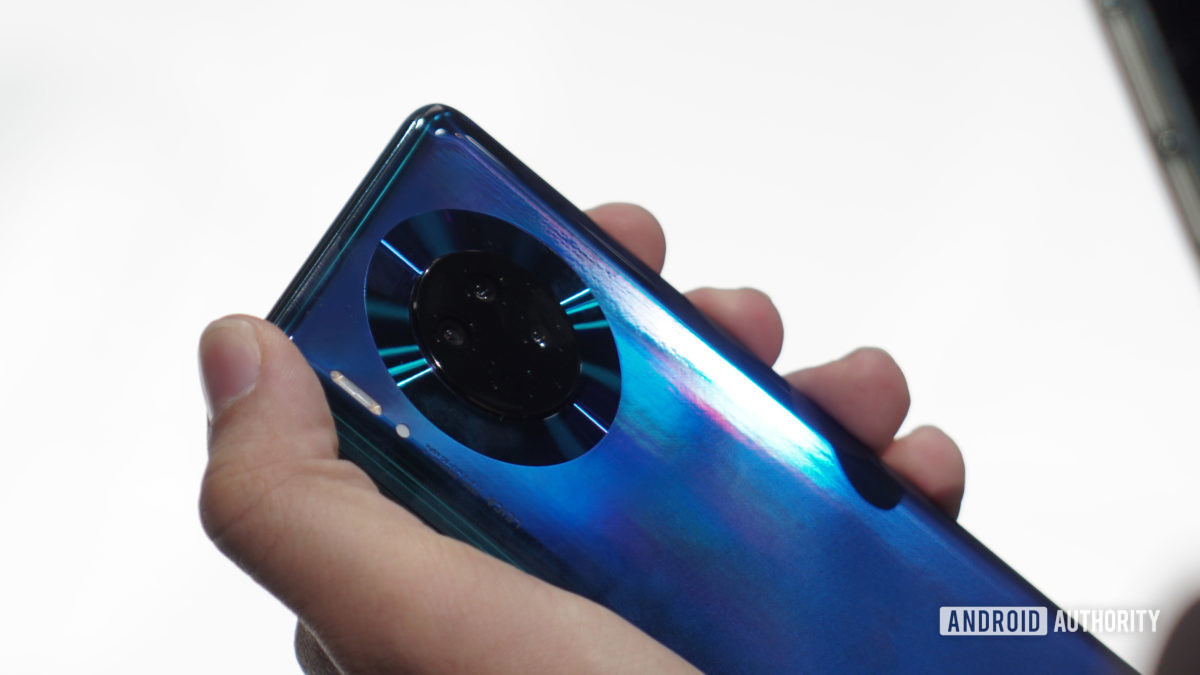 Overall, the Mate 30 Pro feels similar to recent Huawei flagships in terms of size and feel. The cosmetic changes are more than enough to differentiate it, and the front and sides are brand new, thanks to the use of a so-called “waterfall” display.

The new display definitely makes the Mate 30 Pro feel awkward to hold. It just feels strange to hold a phone by its screen. I’m not sure if we’ll get used to this once we test the device as a daily driver, but anything is possible.

The waterfall display’s edge curve is similar to high-end Galaxy phones, but even more dramatic.

Waterfall displays – we’ve just seen another example in the Vivo Nex 3 – are basically displays with curved screens, but more curved. The edge curvature is similar to the screens on high-end Galaxy phones, but more dramatic. On the Huawei Mate 30 Pro, the edges of the screen “flow” over the sides quite a bit.

There’s no doubt this style of display looks cool, further enhancing the illusion of a “bezel-less” display. There’s also a little functionality bonus, because the curved sides can be seen even when the phone is face down on a table. As is often the case with modern smartphone design, the downside may be in practicality: the larger the exposed glass surface, the more fragile the screen becomes. 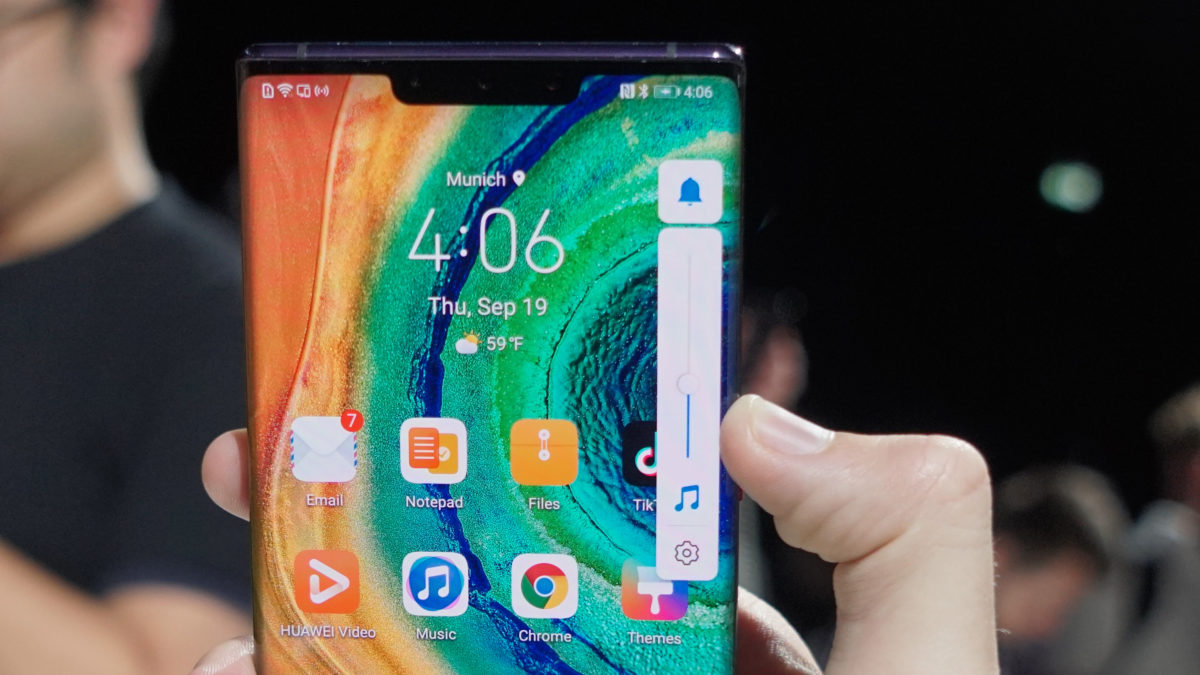 Because of the waterfall screen, you’ll need to slide your fingers up and down the side of the phone in order to adjust the volume. simply double-tap either side of the phone to access virtual volume rockers. In real-world use, I had a lot of trouble getting this to work. You have to tap in the exact correct spot to get it to recognize your finger, and I don’t really see extra side display as a valuable trade-off.

Huawei has put a laser-based face-unlock system in the large notch of the Mate 30 Pro display.

Outside of Apple’s walled garden, large notches have become an endangered species. Somewhat surprisingly, the Mate 30 Pro still has a fairly big one, but it’s more compact compared to the Mate 20 Pro. The reason why Huawei went this route is to have room for a laser-based face-unlock system. It wanted to have multiple methods of bio-authentication, so now you can use either face unlock or the in-display fingerprint reader.

You still get an in-display fingerprint reader, which Huawei says has the highest standard of security on the market today. It didn’t say how big the sensor is or if it is noticeably better than the ones the company has been using in the past. 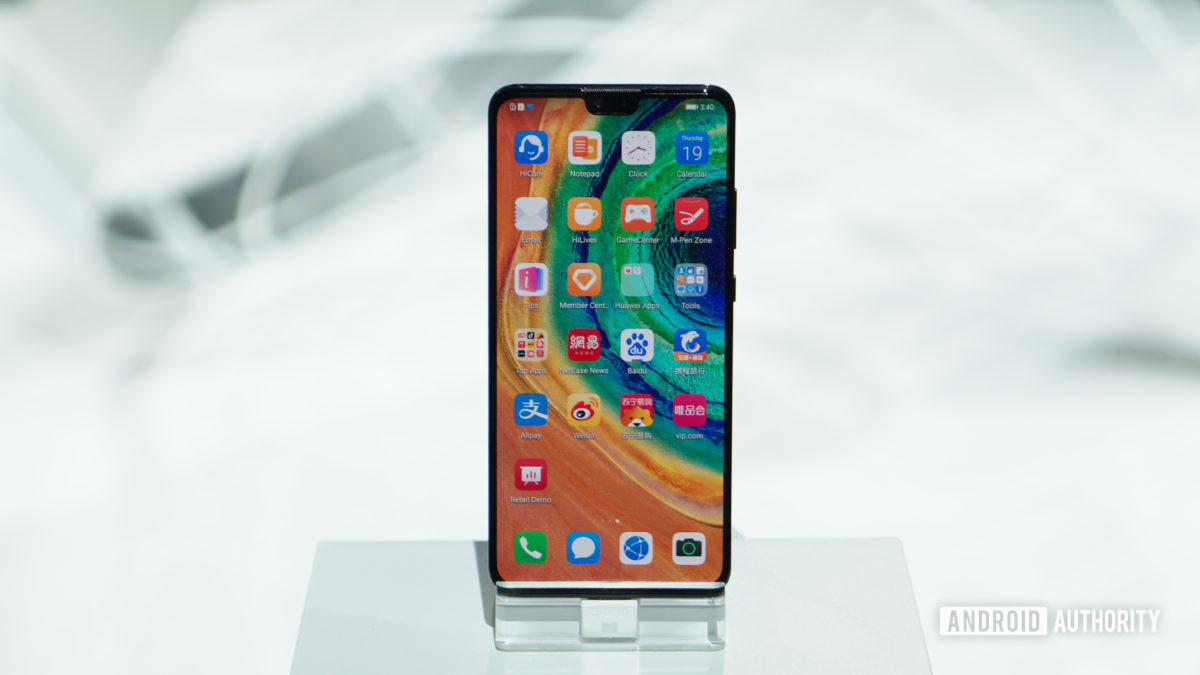 The Mate 30 Pro is a powerhouse, and we wouldn’t expect anything less from Huawei’s year-end flagship release. It’s the first phone with the new Kirin 990 processor, which brings improved graphics performance, an additional NPU core for low-power AI tasks like facial recognition, and, in general, moar power. You can read more about it in our deep dive here.

The Kirin 990’s real claim to fame is for being the first flagship SoC with an integrated 5G modem (Samsung beat Huawei to the punch by releasing a mid-range SoC with a 5G modem earlier this month). This creates a bit of fragmentation: in specific markets, Huawei will release the full-fat 5G-enabled version of the Mate 30 Pro, while in others the phone’s 5G modem will be disabled in favor of regular 4G LTE connectivity.

In our hands-on time with the Mate 30 Pro, the phone felt really fast and smooth, but we’ll put it through its paces in our full Huawei Mate 30 Pro review.

Huawei’s smartphone shipments may be taking a beating from the US trade dispute, but the company’s 5G deployment ambitions are plowing ahead unhindered. At least according to Huawei’s latest boast about the 200,000 5G-enabled base …

The fast charging hasn’t got an upgrade compared to the previous generation, but we can’t really complain. 45W fast charging is still plenty fast, and it should let you top up from 0% to 70% in a little over half an hour. The phone also supports 27W wireless charging. 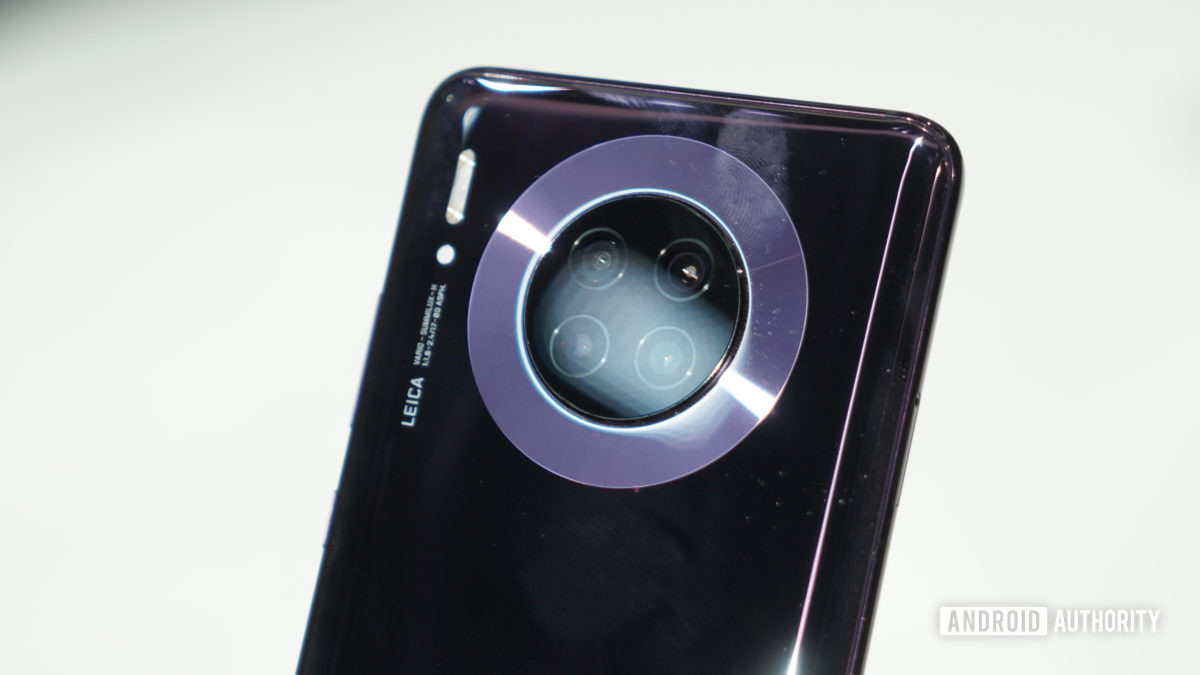 The Mate series is less focused on photography compared to the P series, and that shows. Surprisingly, the Mate 30 Pro does not feature a periscope-style 5X optical zoom lens like the P30 Pro. Instead, you get 3X optical zoom and 30X hybrid zoom, just like last year, but that should be good enough for most people.

The Mate is also using the same RYYB sensor design we saw in the Huawei P30 Pro, which captures more light than traditional RGB sensors. Interestingly, the ultra-wide cinema sensor uses a 3:2 aspect ratio with a 1/1.54-inch sensor, which is bigger than almost any sensor we’ve seen on a smartphone. Because this is also a 40MP sensor, you’ll get bigger pixels than on the main camera sensor.

Surprisingly, the Mate 30 Pro does not feature a periscope-style 5X optical zoom lens, sticking with 3X instead.

The overall camera system has been updated over last year. The main one is a 40MP shooter with OIS and f/1.6 aperture, while the super-wide lens now has a 40MP sensor with f/1.8 aperture. For zoomed-in shots, you’ll use the 8MP telephoto with OIS and f/2.4 aperture. Supporting these three cameras is a 3D depth sensor that shoots out light rays and measures reflections to determine the geometry of the scene. If that all sounds like technobabble, what you need to know is that this depth sensor will help with better portraits and improved background blur. 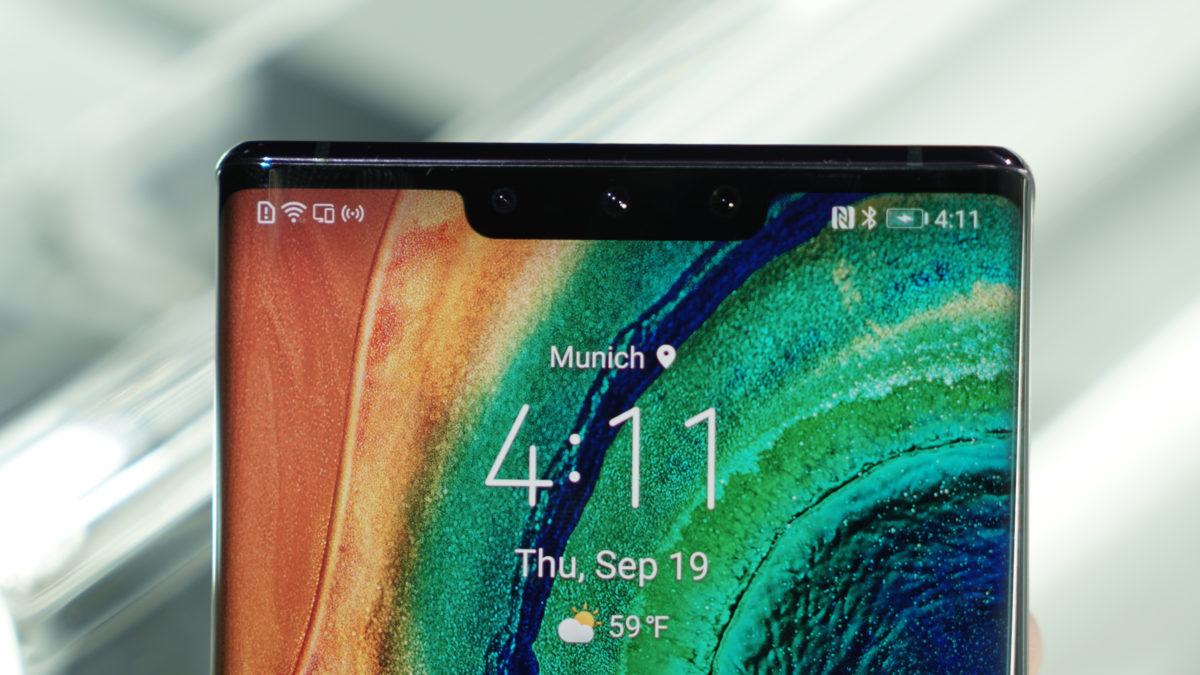 We expect another solid performance from the Mate 30 Pro’s cameras. Its biggest strength is probably versatility, but we look forward to seeing what Huawei has done in regards to low-light performance and software optimizations.

There is also a special face and motion-tracking camera in the front notch, which has some interesting capabilities. It can do things like wake up your device when you walk by it, or even change the orientation of the screen depending on what side of the phone you’re looking at. This is likely their response to Google’s upcoming Soli radar sensor, which has similar capabilities.

The craziest feature in the Mate 30 Pro’s arsenal must be its ultra-slow motion capability: 7680fps at 720p.

The craziest feature in the Mate 30 Pro’s arsenal must be its ultra-slow motion capability. It’s a frankly unbelievable 7680fps at 720p. Huawei didn’t mention if there is some software interpolation magic going on here, and we’ll have to follow up to see exactly how this works. 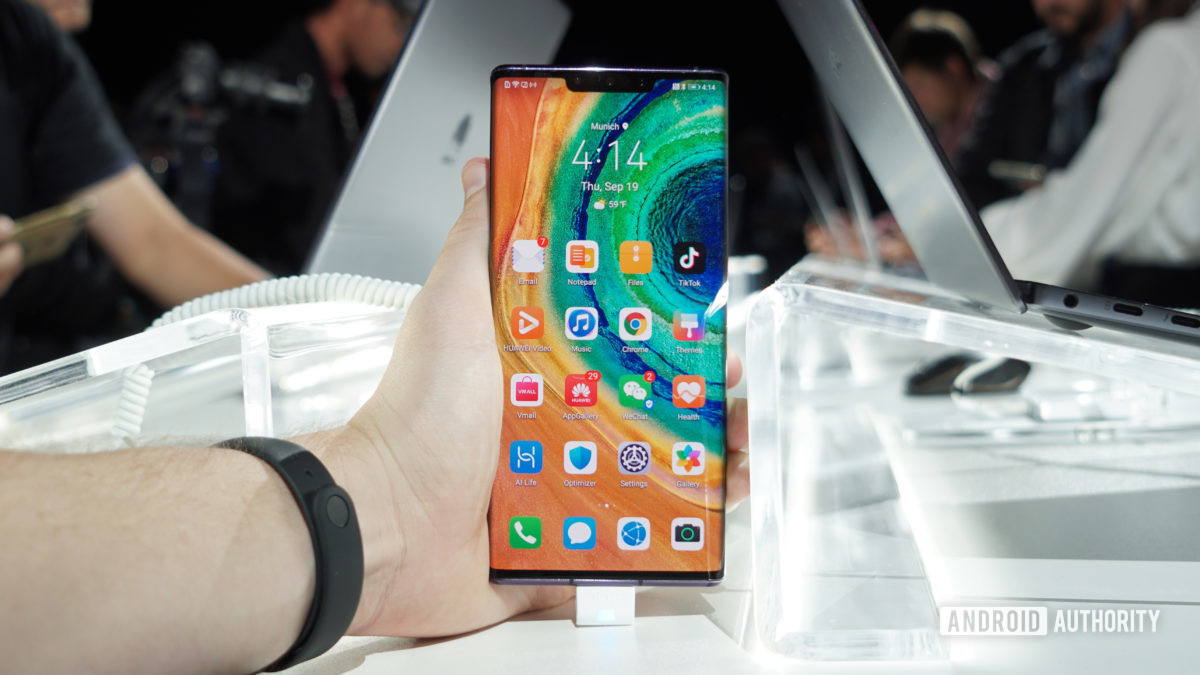 Hey Google, where did you go?

We’ve kept the most contentious part of the Mate 30 Pro for last. Because Google can’t do any business with Huawei due to the US export ban, Huawei had to ship a phone without any of the familiar Google apps on board. You don’t get Gmail, or Google Maps, or even the Google Play Store, not to mention Google Play Services and other under-the-hood bits supplied by Google on top of the open-source stock Android.

We still haven’t heard any word on if or how Google Play services will land on this phone. Currently, Huawei has a temporary partial extension until November that allows it to update existing devices, but it still isn’t legally able to put Play Services on new phones like the Mate 30 series.

The Huawei controversy timeline: Everything you need to know!

China and the United States are in a massive trade war right now. As a result, both governments are making some big decisions. None have been more significant than the upcoming ban on Huawei. The …

Feature-rich as it may be, the lack of key Google apps leaves the Mate 30 Pro’s EMUI look rather bare. It’s still based on the just-released Android 10, making it one of the first phones with the latest version of the Google OS. For this release, Huawei has come up with a lot of visual refinements, broken down into four main categories: the new Magazine Design philosophy, a low saturation color palette, enhanced Dark Mode, and improved natural animations. Performance has been improved as well. 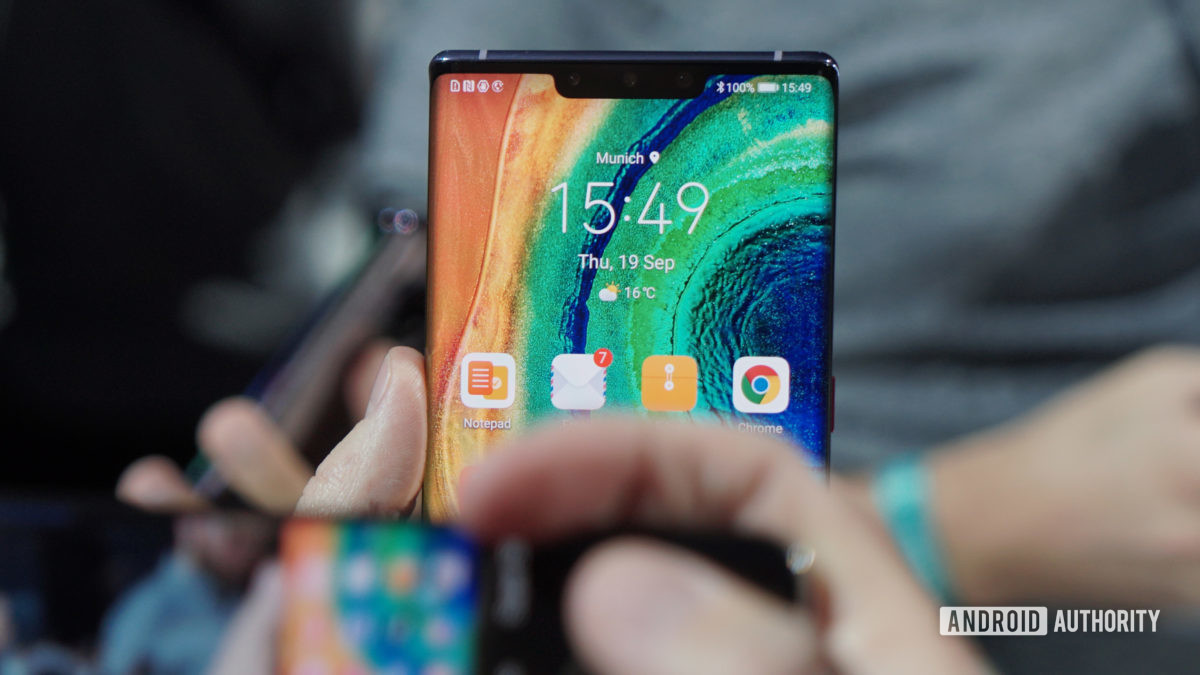 We don’t know yet what to make of the Huawei Mate 30 Pro. On one hand, it’s a beautiful, powerful Android flagship that makes almost no compromises in terms of build quality and hardware. On the other, it’s hobbled by the absence of Google’s apps and services, which are a major part of the Android experience. This forced Android fork will live or die based on how easy it will be for the average user to get access to the Play Store, and from there to Gmail, YouTube, and the like. Experienced Android users may not be bothered by having to go through the process, but people who buy $1,000 flagship phones tend to have little patience for menial tasks. There are so many good options out there after all.

Our Mate 30 Pro review will be coming next week, and hopefully, by then, we’ll know a little better just what hoops you’ll need to jump through to bring Google back to the Mate 30 Pro.

This concludes our Mate 30 Pro hands-on coverage – keep it tuned for more! 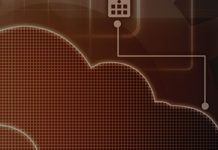 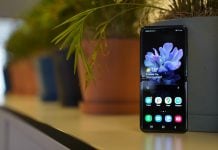 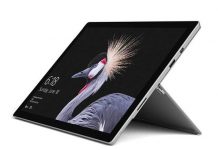