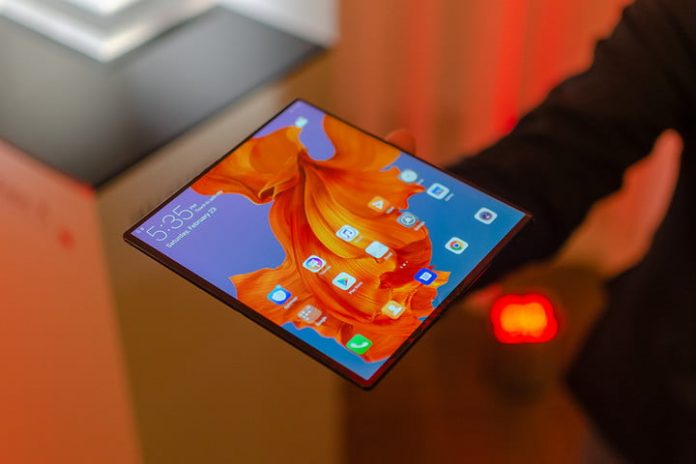 Huawei Business Group Chairman Richard Yu has said that the Huawei Mate X, its folding smartphone launched in March, may finally go on sale in October. A revised model with the latest 5G Kirin 990 processor may also be released not too long after. Yu’s comments came in an interview with Digital Trends and selected journalists after he delivered his keynote presentation at IFA 2019.

“We were going to sell the Mate X last month, but we postponed that,” he explained, pointing to the slow rollout of 5G and continued app development to ensure the large screen is well utilized as reasons for the delay. “Maybe we will start to sell the Mate X next month,” he continued, referring to October, and then added: “We are also considering an upgrade to the new chipset.”

The Mate X was announced with the Kirin 980 processor and the Balong 5000 5G modem inside, which was the best combination of processor and modem hardware available to Huawei at the time. The delays mean that combo has been superseded by the Kirin 990, which is an all-in-one 5G solution. It offers significant power and energy efficiency benefits over the previous combination.

When asked to clarify, Yu said a Mate X with the Kirin 980 would arrive first, potentially in October, and then a second version with the Kirin 990 processor would follow later. A time frame was not given, but several months was indicated to be the minimum.

Under normal circumstances, swapping processors out would be a relatively simple endeavor for a company like Huawei. However, circumstances are not normal at the moment. While the Mate X was announced before Huawei was placed on the U.S. Entity List, which stops U.S. companies doing business with it, it is unclear if alterations of any type would stop it from shipping with Google Services running on Android.

Yu was justifiably proud of the 5G Kirin 990 processor, and making it a world first. “The key secret behind our leadership is huge R&D investment,” he told Digital Trends when asked about the work that went into making it. “We invest earlier and more than our competitors. We put 6,000 R&D people on the project, most of them with Ph.D.s. A huge investment.”

Using it in the cutting-edge Mate X makes sense, especially now that Samsung has solved the problems with the Galaxy Fold, and will be putting the folding smartphone on sale this month. No exact date for the Mate X’s launch was given, but more may be learned during the Mate 30 series launch, which takes place on September 19.