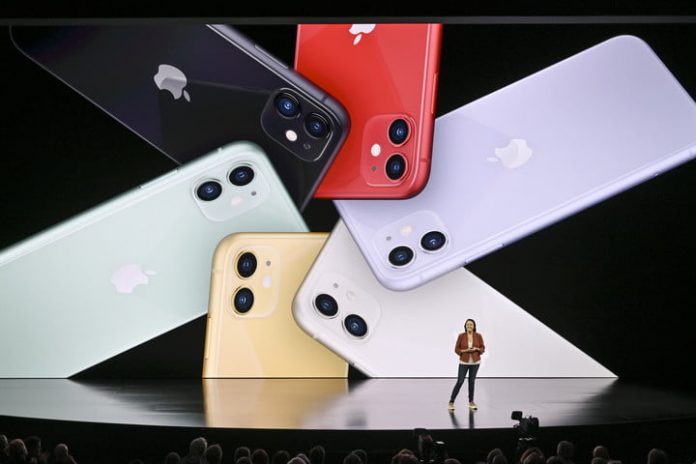 Two hours seems like a long time, but when it’s an action-packed Apple event, two hours barely seems long enough. Apple’s September event for 2019 is over, and it’s left us with more than just memories. We thought the event would center mostly on the new iPhones we knew were coming, but boy were we wrong. While we certainly saw new iPhones — three of them, no less — much of the event wasn’t even about them. Instead, we got updates on Apple’s new gaming arcade service, Apple TV+, a new Apple Watch, and even a new iPad.

We watched it live, but you may not have had the chance. Don’t worry if you missed it though — you can catch up in a flash if you need to. From the new iPhones to the Apple Arcade, here’s everything Apple announced at the Apple event for September 2019.

Here it is. The big kahuna. The top dog. The one we knew was coming. The new iPhone range. Apple CEO Tim Cook started by highlighting how well the iPhone XR performed after launch — so it made sense they launched that phone’s successor first, the iPhone 11.

The iPhone 11 has a glass and aluminum body and is available in six colors, including Product RED and purple. There’s a 6.1-inch Liquid Retina display — like the iPhone XR — but the big change is the addition of another camera lens. It has two 12-megapixel lenses, one of which is an ultra-wide-angle lens to provide those absolutely stunning landscape shots. The other 12-megapixel lens is a regular wide-angle lens.

The camera now also includes a Night Mode, catching it up to recent phones from Google and Huawei. It’ll come on automatically when required, boosting light, reducing noise, and allowing users to take great photos in much lower lighting. Video capabilities have been boosted too, and there’s support for 4K video at 60 frames-per-second. The new Quick Take feature makes taking video much easier too — simply hold down the camera button to start taking videos.

The specs have seen a boost too, of course. The iPhone 11 is powered by Apple’s new A13 Bionic chip, which Apple boasts is the most powerful processor ever in a mobile device. There’s traditionally been a heated rivalry between Qualcomm and Apple for this title, so you can be sure we’ll be putting Apple’s claims to the test. Battery life has also seen a boost, with Apple claiming the iPhone 11 will exceed the iPhone XR’s already hefty battery life by a full hour.

Read more about the Apple iPhone 11

Apple has chosen not to upend the apple cart this year, choosing to once again improve on the design of the iPhone X, so you’ll still find the same general design, including a stainless steel frame with a glass body. There’s a new matte finish though, and both are available in a selection of colors, including midnight green, space gray, silver, and black. Like the iPhone XS and XS Max, most of the differences between the two phones rest in the display size. The iPhone 11 Pro comes with a 5.8-inch display, while the iPhone 11 Pro Max rocks a massive 6.5-inch display. However, both new displays are using Apple’s new Super Retina XDR technology — which Apple calls its best ever.

The camera has been upgraded too. Both models come with three 12-megapixel lenses, comprised of a telephoto lens, a wide-angle lens, and the new ultra-wide-angle lens. Expect the iPhone 11 Pro range to rank high on our best camera phones list. But it’s not just about the hardware — Apple is also introducing a new piece of software called Deep Fusion, which uses machine learning to blend together a number of long- and short-exposure photos to create a single, great-looking image.

Apple Watch is one of the best things about Apple at the moment. Don’t believe us? Just ask DT’s own Andy Boxall. Apple shared a heartwarming video update with testimonials from customers whose lives have been positively effected by their Apple Watch, from those whose fitness level has been increased, to those whose lives were saved by their Apple Watch’s ECG and fall-detection features. Apple also shared details on how the health data gathered from the Apple Watch has been helping to advance key medical research.

You might be wondering what Apple could possibly have added to improve on the Series 4, and the answer is a new, always-on Retina display. The addition of this new display means you can easily glance down at your watch at any time, without having to lift your arm to activate the display. This new display also uses more power-efficient LTPO technology, so it draws less energy than the Series 4, which will help the new Apple Watch sport an 18-hour battery life.

The Series 5 is a little thinner where other additions are concerned, with the next biggest addition being a compass — but this lack of real advancement simply shows how good the Apple Watch Series 4 is. The Series 5 does also come with international emergency calling, so you can easily call for help even if you’re away from home. Like the new iPad, the new Apple Watch is made from 100% recycled aluminum — except, of course, for the gorgeous ceramic model.

The Apple Watch Series 5 starts from $399, and $499 for LTE models. It can be ordered starting today, and will be available in stores later this month. Also, for bargain lovers, the launch of the new Apple Watch means a drop in price for older models — the Apple Watch Series 3 is getting a price cut to $199, making it a serious bargain.

This one caught us by surprise. Apple announced an upgrade to the 9.7-inch iPad, revealing the seventh generation of iPad.

Unfortunately, this was very much in line with the theme of the show — improvement, rather than replacement — and anyone hoping for a bezel-less iPad in the vein of the iPad Pro went away disappointed. The look of the new iPad is much in line with 2018’s iPad, except for one key difference — it’s bigger. The new iPad has a larger, 10.2-inch display. That’s an increase of half an inch, and it means you’ll be able to fit more content on screen than before, which makes it perfect for use with Apple’s new iPadOS.

There are more changes on the inside. The new iPad is rocking a more powerful A10 processor, and — most excitingly — it’s the first basic iPad to come with support for Apple’s smart keyboard, giving keyboard warriors a genuine reason to consider the iPad. Finally, the new iPad is also made from 100% recycled aluminum, making it more environmentally friendly.

Prices for the new iPad start at $329, and educational customers can pick it up for just $299. It’s available to be ordered now, and will be shipped on September 30.

Read more about the new iPad and iPadOS

Apple has previously shared a lot of great=looking shows for Apple TV+, but today it showed off See, a new TV series starring Jason Momoa that’s set in a world where all humans have lost the ability to see. Human society has been decimated, and the survivors believe sight was taken from humans as punishment for their sins. As a result, when children with sight are born, the primitive society of See is thrown into turmoil as the main characters fight to save their babies from a world that views them as sinful.

The first Apple TV+ shows will be available on November 1, with new programs added every month. It will be available in more than 100 countries on launch, and will cost just $5 a month. You’ll also get a year’s worth of Apple TV+ included when you buy a new Apple device.

It may be last on this list, but it certainly wasn’t at the event. Tim Cook kicked off the event by throwing us a curveball, ditching the usual updates and diving straight into the new Apple Arcade. The service gathers all the games you want for iOS, MacOS, and Apple TV in one place, and it’s launching with more than 100 games from a bunch of your favorite developers.

Apple is teaming up with Konami to bring Frogger in Toy Town to the Apple Arcade. Unlike traditional Frogger, this revamped version of everyone’s favorite digital frog can… throw bombs? Blimey, kids these days. Shinsekai: Into the Depths takes you under the sea, challenging you to survive as you explore an amazing new world. Finally, Annapurna Interactive brings the trippy but heartfelt world of Sayonara Wild Hearts to life.

Apple Arcade launches on September 19 in more than 150 countries. One-hundred new games are planned to be added in the weeks ahead. It’ll cost you $5 a month to access the Apple Arcade — though you’ll also get a month’s free trial.