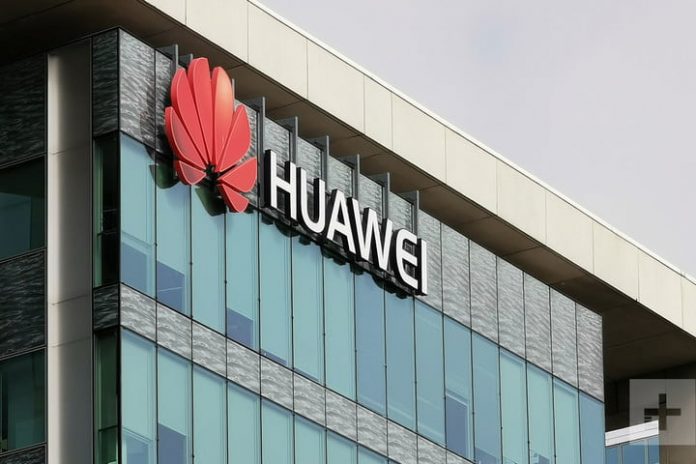 Huawei’s new HarmonyOS is “an operating system for the future,” according to Huawei’s Senior Global Product Manager, Peter Gauden. Excitingly, the near future may involve HarmonyOS on smartwatches and laptops sold outside China.

Gauden was speaking to Digital Trends and a select group of other journalists at a briefing on the new software in London, where he discussed the intricacies of HarmonyOS and how it will potentially shape the future of the company’s products.

Why did he describe it that way? After all, HarmonyOS is here now, and if you’re in China, the first product with the software — the Honor Vision smart screen — will soon be available to buy. To understand, we need to understand Huawei’s goal here, which is to help the many connected products we all use — from TVs and fitness products to smart speakers and smartphones — communicate more effectively. Gauden called this “the seamless A.I. life,” and it’s also deeply entwined with Huawei’s other major project, 5G, as well as the latest mobile user interface, EMUI 10.

Gauden said at the moment, many of these connected products use software that’s not designed to communicate freely — that they’re “siloed.” That’s where HarmonyOS comes in. It’s an alternative to that isolated software, where it’s hard to create a seamless experience across devices, and sometimes even harder for the products to share information.

HarmonyOS is “an operating system for the future.”

HarmonyOS, Gauden summed up, is “a single OS that covers everything, and works with all product types.”

The operating system is engineered to communicate openly regardless of the device, and by using a microkernel system, Huawei says HarmonyOS is secure, which is a concern when dealing with Internet of Things (IoT) hardware. Plus with Huawei’s Ark Compiler, programming languages can be translated so apps work with HarmonyOS, and that includes Android apps, simplifying adoption for third-party developers. It’s even intelligently adaptive and will display correctly on various screen sizes, just like adaptive mobile websites, so it’ll work in your car and on your TV without looking awkward.

Huawei’s “Seamless A.I. Life” isn’t an especially unusual goal. Many companies, from Apple to Microsoft, want to ‘own’ your connected life. But Huawei doesn’t want to own HarmonyOS and has chosen to make the software open source. Gauden called Huawei “the initiator of HarmonyOS, not the owner.”

It’s not a new project for the company either and has been in development for a decade, plus Gauden doesn’t expect it to reach maturity for another 5 to 10 years. Putting HarmonyOS into context like this clarifies the description of it being the software of the future. Apart from its continued development, it’s designed for next-generation connected products made possible by the wider introduction of 5G. Does that mean it’s not going to make much of an impact yet?

“It’s designed to be used on current devices,” Gauden said about the software, and as is clear by the open-source nature, not just by Huawei either.

He was unable to disclose whether any discussions had taken place with other manufacturers, but said it’s still early days for the platform.

Gauden said the first products with HarmonyOS installed available outside China could include smartwatches and laptops. Huawei has its own smartwatch operating system already, called LiteOS, and elements of it have been absorbed into HarmonyOS’ micro-kernel. Potentially, this means a sequel to the Watch GT may come with HarmonyOS. Laptops are also another successful product category for Huawei, and currently, they use Microsoft’s Windows operating system.

Huawei’s battle with the U.S. government has brought HarmonyOS into the spotlight, as if it cannot secure the correct licenses, it may one day be unable to use Google’s Android or Microsoft’s Windows. HarmonyOS solves the problem for Huawei, and also conveniently solves many of the problems we have with connected products at the moment, too.

Will it be installed on a Huawei smartphone? Echoing Huawei Business Group Chairman Richard Yu’s words, Gauden said while HarmonyOS could run on a phone, it’s not going to yet. Android is still Huawei’s focus, and even if every other product from the company runs HarmonyOS, Android will still integrate with it.

The seamlessness Huawei wants to achieve with the software will still be there, but it will need physical activity to initiate the handshake. Huawei already has this in place with Huawei Share and the OneHop data sharing feature on its most recent MateBook laptops, where images and files can be sent from phone to PC with a simple tap.

It would be very easy, and almost understandable if Huawei struggled under the pressure put on it by the U.S. government ban and ongoing U.S. and China trade war. But it hasn’t, and HarmonyOS is continued evidence of the company’s confidence in itself and the future. HarmonyOS isn’t just about connecting future devices together, it’s about shaping the future of the company according to its own vision, rather than one forced upon it.