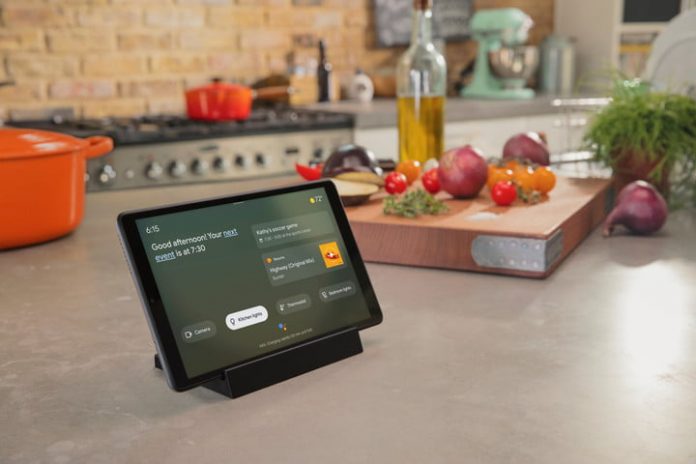 Frequently call out to Google Assistant on your phone or tablet? A new Ambient Mode coming to select devices will turn the always-on display into a smart screen showing contextually relevant information from Google Assistant.

Google made the announcement at IFA 2019 and said the Ambient Mode functionality, which is triggered when the device is charging or placed on a dock, is coming to Lenovo’s Yoga Smart Tab and the Smart Tab M8 HD, as well as to HMD’s Nokia 7.2 and Nokia 6.2. It’s a preloaded functionality on these devices, so because it’s not an app you can download from the Google Play Store, you can only access it if you have one of these phones or tablets.

The feature is similar to what happens when you place the Google Pixel 3 on the Pixel Stand wireless charger. Google Assistant commands and suggestions show up on the always-on display, but the look has been tweaked in the new Ambient Mode to resemble the experience on Google’s Nest Hub smart display. You can also turn the screen into a digital frame by having it pull photos from a Google Photos album.

It’s unclear if this functionality will make its way to Android natively to support all Android phones, or if it will eventually be an app on the Play Store.

This expands what you can do with third-party messaging apps using Google Assistant, as earlier this year the company launched the ability to send messages through the virtual assistant for apps such as WhatsApp, Telegram, Viber, and Hangouts.

Google also said Assistant is coming to even more devices, including the Sonos Move, Bose Portable Home Speaker, and the JBL Link Portable, as well as to several soundbars from brands such as JBL, Phillips, and more. Assistant is also landing on more and more Android TVs from companies ranging from Hisense and Sony to TCL and Sharp.