Home News Google serves up key updates to its products at Google for India...
News 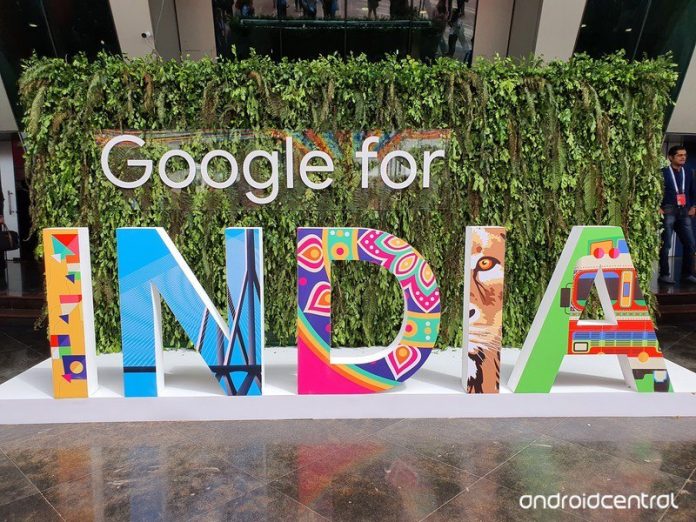 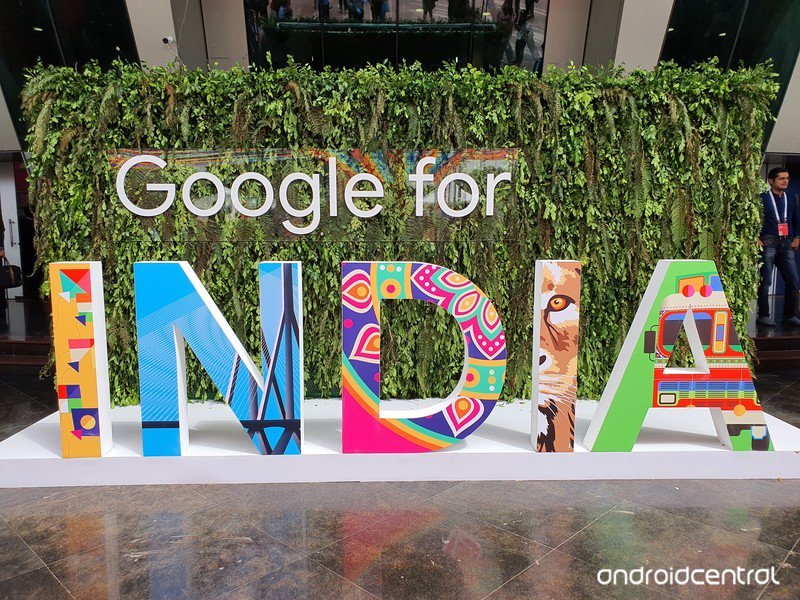 For the last four years, Google held an event in India to talk about updates to products and services tailored for the country. This is where Google Pay made its debut for the Indian market, and also where we got exciting new features in YouTube and Google Maps.

India is obviously a key market for Google — where Android has a 98% market share — and over the years the search giant has introduced several features in India before making them available for a global audience. Some of those include two-wheeler mode in Google Maps, the lightweight Files app, and offline mode in YouTube.

For the 2019 edition of Google for India, the search giant introduced new features to Google Assistant, Pay, Lens, Search, and several other products. 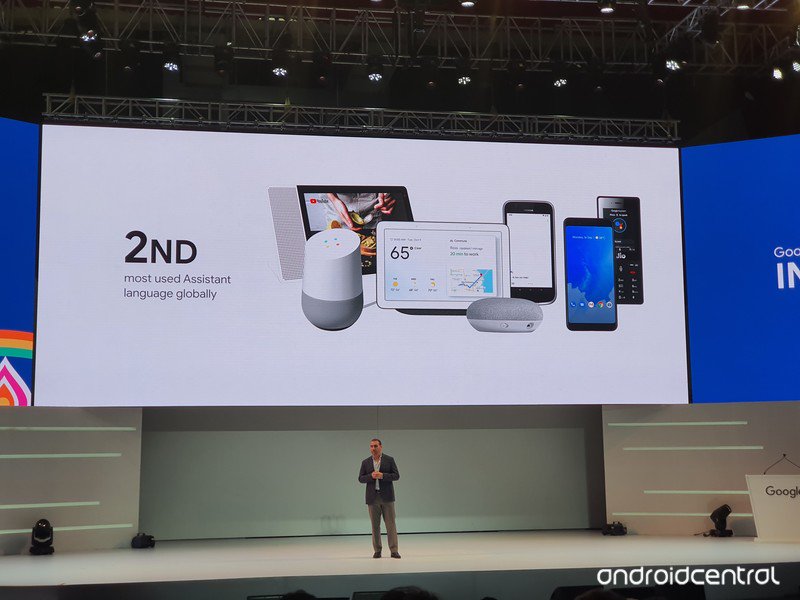 Google Assistant debuted in India two years ago, and in that time Google rolled out Hindi and eight other languages to the digital assistant. Google mentioned that Hindi is now the second-largest language globally for Assistant, with users in the country asking over 100 million queries in Hindi to get updates on scores and schedules during the Cricket World Cup.

Google is now making it easier to switch languages in Assistant. Going forward, you can just ask Assistant, “Ok Google, switch to English” to switch the digital assistant to English if you’re using an Indic language.

There’s also a nifty new feature that’s bound to come in handy in India. Google is rolling out a dedicated phone line that lets Vodafone Idea users in the country talk to Google Assistant by calling a toll-free number (000-800-9191-000). It’s an ingenious way to get a wide swath of new users to get started with Google Assistant. 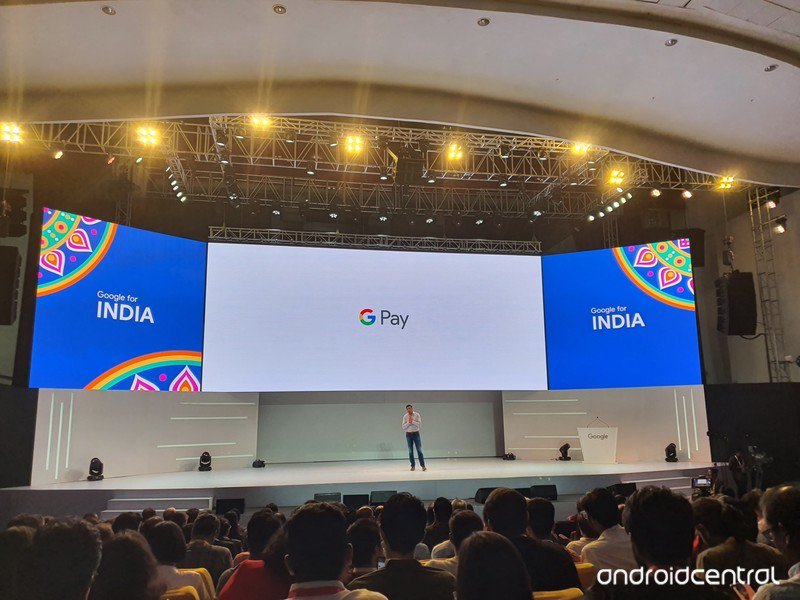 The version of Google Pay that’s in India is very different from the one that’s available in other markets. Google Pay in the country works on Universal Payments Interface (UPI), allowing users to transfer money, pay for goods at offline stores, register billers, and much more.

Google announced that it handles 918 million transactions a month in India, a 54x increase from two years ago. Google is now rolling out NFC card payments to Google Pay, letting users add credit and debit cards and pay at retail stores. This is similar to what Google Pay offers in the U.S., and a welcome addition. That said, NFC isn’t really present in most budget phones in the country, so it remains to be seen how much usage it gets.

There’s tokenization as well for debit and credit cards, and initially cards from HDFC, Axis, Kotak, and Standard Chartered banks are eligible for NFC payments in the country.

Google also introduced its Spot platform in the country that lets brands offer their services on Google Pay easier. For instance, you’ll be able to order food from Eat.Fit directly within Google Pay, and Google is also rolling out Spot codes that bridge the division between offline and online. Spot codes sound exciting, and I’ll have more to share on this in the coming weeks as the feature goes live. 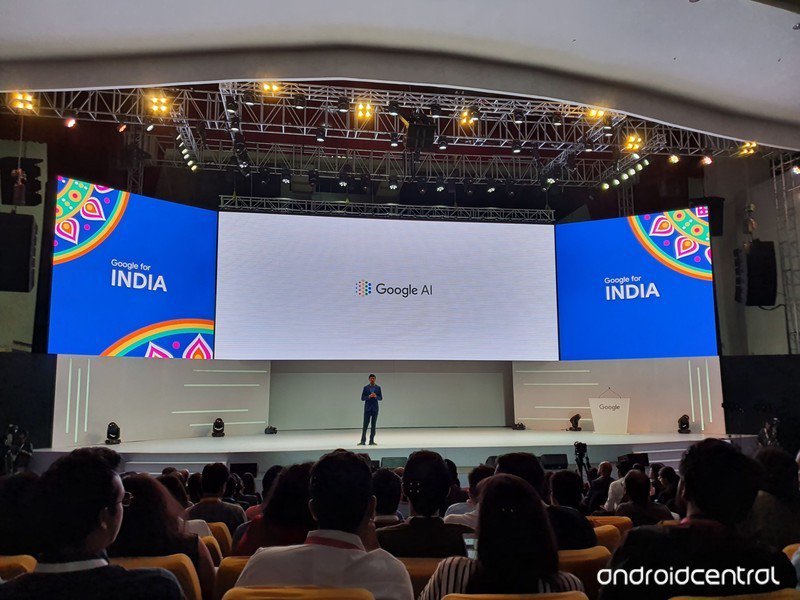 Google is setting up an AI lab in Bangalore to further the search giant’s efforts in this category. Google says India will play a key role in the development of AI. There’s a wealth of computer science talent in the country, and Google says

Google is also leveraging its AI smarts for predicting flood forecasts. Flood are a continual problem for several regions in India during the monsoon season, and Google has been building prediction models over the last two years to send timely notifications to users in areas that are prone to flooding. Google has increased the size of its flood forecasting model by 12 times, allowing the search giant to send notifications to over 800,000 people. 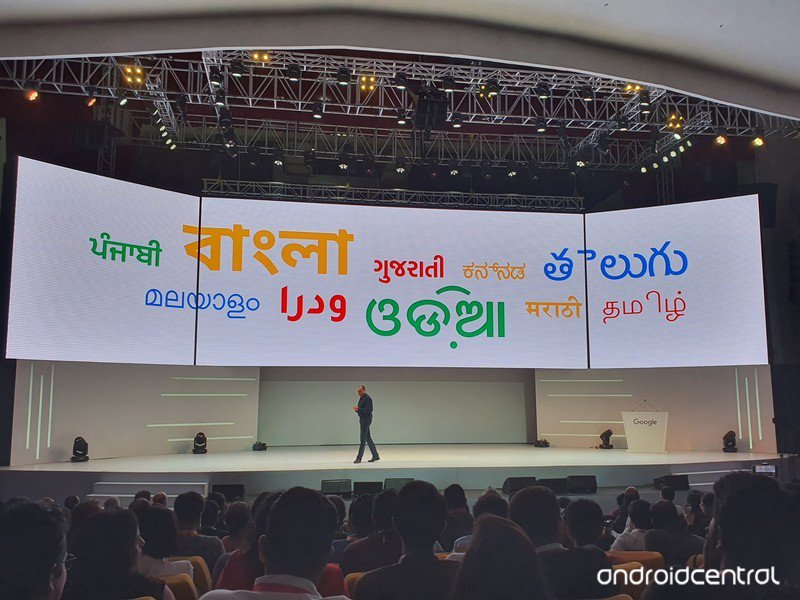 Google rolled out a Hindi tab in mobile search results last year, allowing users to easily switch between English and Hindi. The company is now rolling out the feature in more Indic languages — including Marathi, Telugu, and Kannada — and the language selector is also changing, with a more modern design that lets you switch languages seamlessly.

Also, if you’re a signed-in user, you will automatically see results based on your language of choice. If you’d like to receive sports updates in English and travel notifications in Hindi, you’ll be able to do so. Google is also making changes to its Discover tab. It allowed users to switch to Hindi last year, and is rolling out seven additional languages Google Lens has been used over 500 million times in India, and Google rolled out the ability to translate between English and Hindi, with a read-aloud feature as well. Google says the feature is being used by hundreds of thousands of Indians. Google is now introducing three new languages to the mix — Tamil, Telugu, and Marathi.

You can instantly translate the text from the aforementioned languages to Hindi or English, and Lens will even switch out the text in your preferred language.

Google introduced a service aimed at getting kids to read better in Bolo, and the search giant has mentioned that 800,000 children in 28,000 towns have benefitted from the service. Over 3 million times stories have been read on Bolo, and Google is now offering the service in Bengali, Marathi, Tamil, Telugu, and Urdu in addition to Hindi.

Google is teaming up with the Global Book Alliance, Katha Kids, and Chotta Bheem to bring hundreds of stories to the platform.

Google Station is coming to 4,000 locations

Google offers free public Wi-Fi at over 400 railway stations across India under the Google Station initiative, and at the event Google announced that it would make the service available to more locations. Google Station is coming to public areas as Google is teaming up with BSNL.