The mid-range Pixels are here. 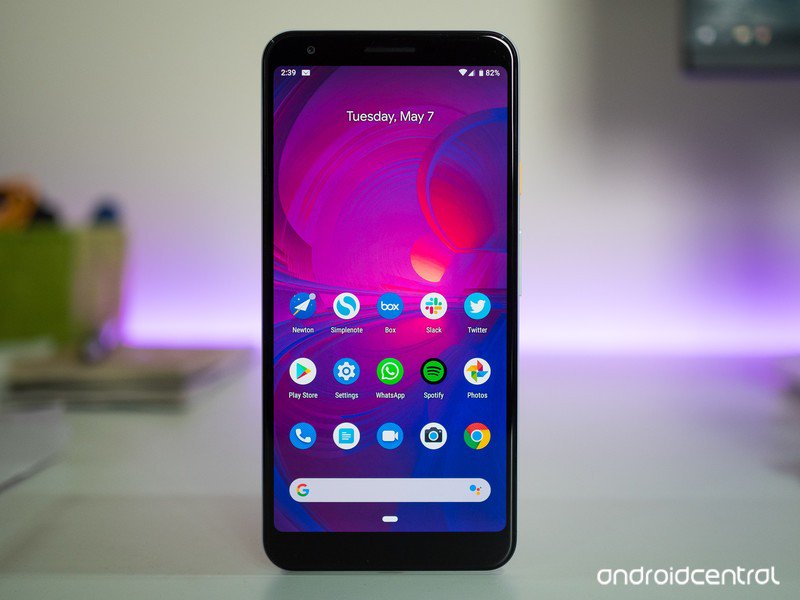 If there’s one thing Google’s Pixel 3 series is known for, its the camera performance. The Pixel 3 and Pixel 3 XL capture some of the best photos of any smartphone we’ve ever seen, and when you combine that with a clean software package and guaranteed software updates, you end up with a really solid phone. Unfortunately, a starting price of $800 is just too much for some people to fork over.

Enter the Pixel 3a and 3a XL. With these two phones, Google aims to offer the same core experience found on its Pixel 3 phones but with much lower prices thanks to cheaper materials and specs.

Whether you’re eager to buy the Pixel 3a or just want to learn more about it, here’s everything you need to know!

80% of the Pixel 3 experience for half the cost.

Whether you get the Pixel 3a or larger 3a XL, these are two of the best mid-range Android phones we’ve seen so far in 2019. The camera performance is no competition for anything in this price range, and when you add that together with a great software package, smooth performance, and solid OLED displays, you end up with two pretty great handsets.

Take a look at our review!

The Pixel 3a and 3a XL look and feel exactly like what Google intended — cheap versions of the already-great Pixel 3 series. The build quality isn’t as fancy, and you miss out on wireless charging and a proper IP rating for water resistance, but all-in-all, these are two fantastic phones entering price brackets that have virtually no competition in the United States.

Read our full 4-star review to understand why this is one of the best cheap(ish) phones you can buy!

Google Pixel 3a XL review: The best camera gets cheaper

There are two models — normal and XL 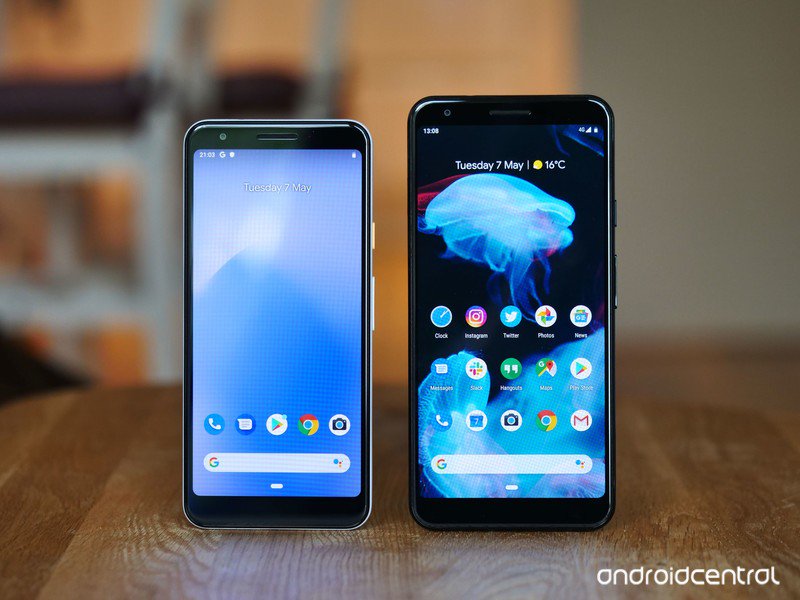 Both phones are nearly identical to one another, featuring the same design, processor, RAM, storage, and camera. However, with the Pixel 3a XL, you get the benefit of a larger display and a bigger battery.

These two things do come at a cost, however. The Pixel 3a XL is $80 more expensive than its smaller sibling, but even with that increased price in mind, we think most people should spend a few more dollars and get it over the petite Pixel 3a.

Google Pixel 3a vs Pixel 3a XL: Which should you buy?

Where the Pixel 3 and 3 XL are flagship phones, the Pixel 3a series is decidedly mid-range.

In regards to specs, this means Google went with lower-res displays, a slower processor, and ditched some features like wireless charging in order to reach the price points that it did. Some of the highlights include:

To check out the full specifications, hit up the link below 🤓.

Pixel 3a & Pixel 3a XL Specifications

How the Pixel 3a compares to other handsets 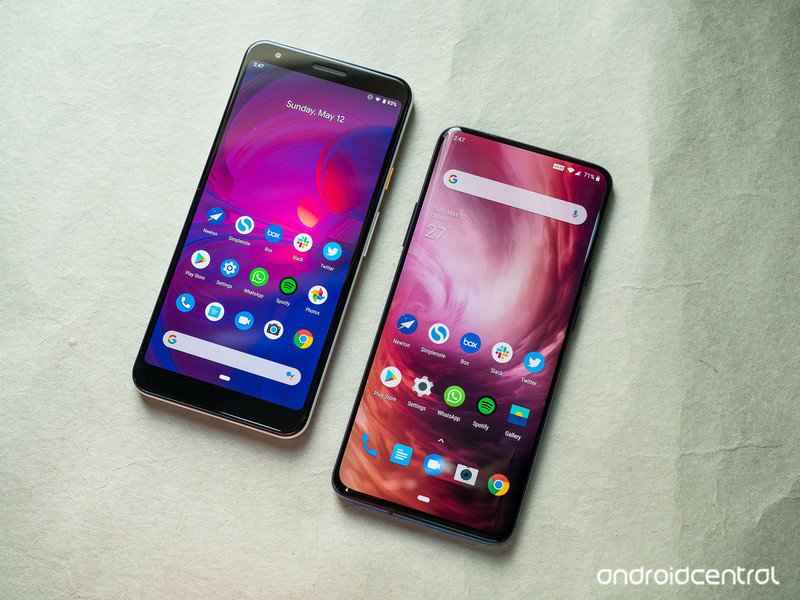 The Pixel 3a and 3a XL are both excellent smartphones, but they’re far from living in a bubble. There are a ton of other handsets on the market that are also begging for your time/money, meaning you have some decisions to make.

In an effort to make your quest to buy the perfect phone a bit easier, we’ve compared both the 3a and 3a XL to some of their closest competitors.

Google used plastic instead of glass 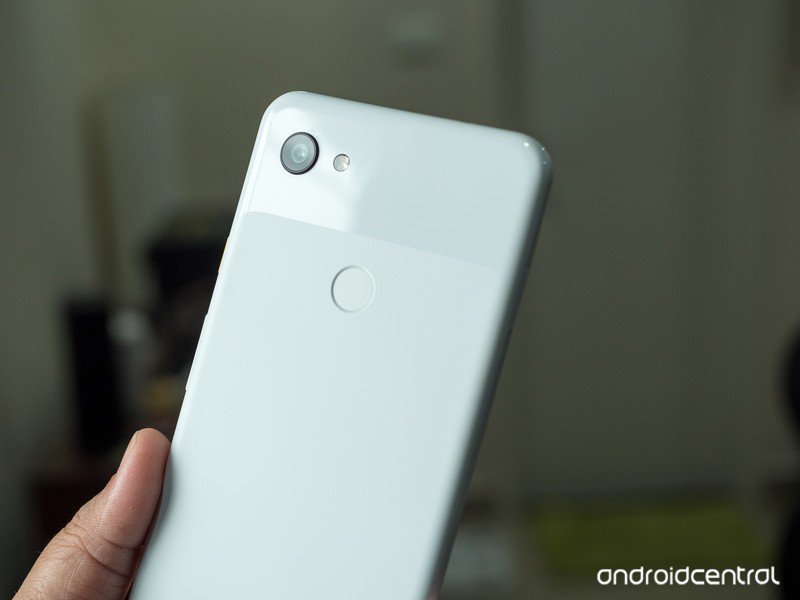 Google’s premium all-glass design for the Pixel 3 is pretty great, but that’s something that couldn’t stick around for its mid-range cousin. Instead, the Pixel 3a is made out of polycarbonate.

While not as flashy as glass, the polycarbonate used for the Pixel 3a series still looks really good and has almost the exact same design on the back as the flagship Pixel 3 — including the subtle two-tone finish with a colored power button.

Perhaps the biggest letdown in these regards is the lack of wireless charging. While phones made out of polycarbonate can technically support it, Google chose to omit it.

Purple-ish is this year’s color of choice 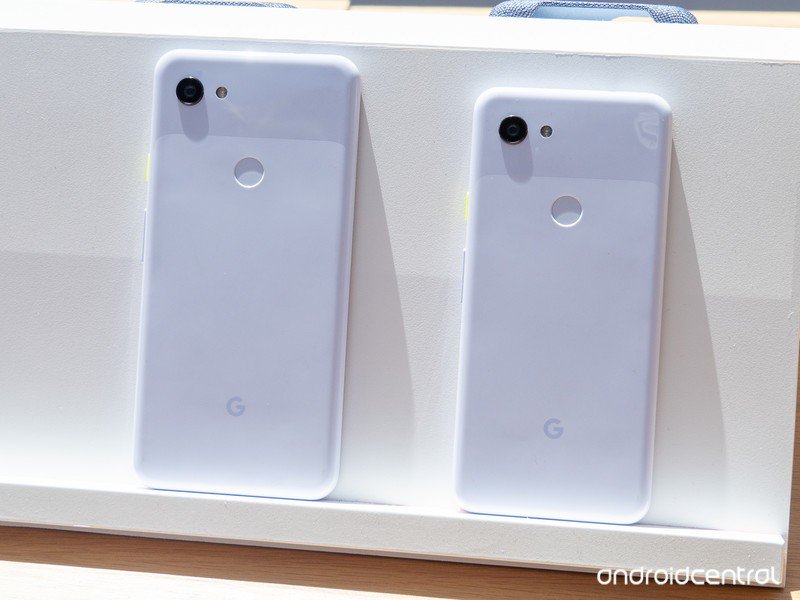 Speaking of the Pixel 3a’s design, there are three colors to choose from — Just Black and Clearly White from the Pixel 3 along with a brand new color called Purple-ish.

All three options look really good, but being the new kid on the block, we’re quite smitten with Purple-ish. It’s a subtle paint job that adds a good bit of pop without being too boastful, and to go along with the purple/violet hue, you’ll find a yellow-clad power button that contrasts really well.

Just Black and Clearly White are great options as well, but they’re identical to what we’ve seen from Google before.

What color Pixel 3a should you buy?

The camera is the same as the Pixel 3’s 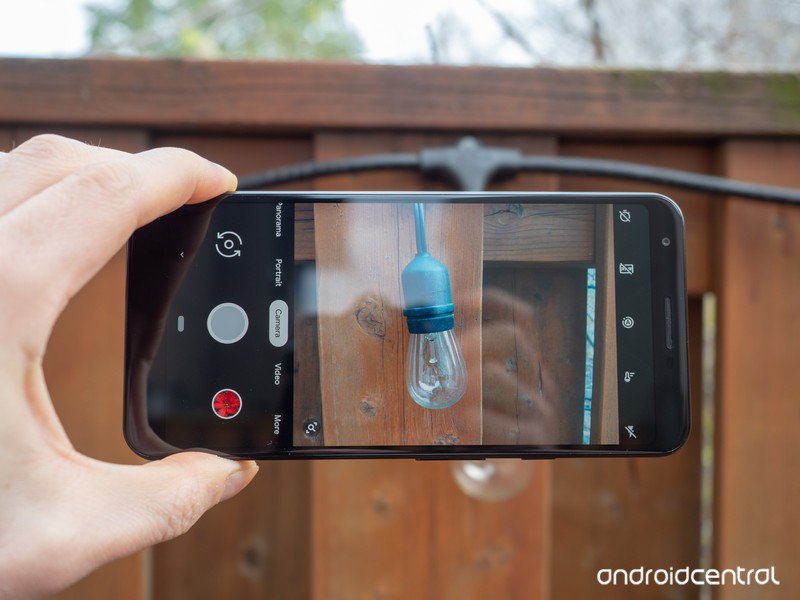 The Pixel 3a and 3a XL have all the makings of really solid mid-range Android phones, but the aspect that’ll help them stand out from just about everything else is its cameras.

We boastfully praised the Pixel 3 as having one of the best smartphone cameras we’ve ever seen, and wouldn’t you know it, Google took that amazing camera and threw it right on the Pixel 3a lineup despite its considerably lower pricing.

So, what can you do with the Pixel 3a’s 12.2MP single rear camera? In addition to capturing truly beautiful photos, you can also use Google’s Night Sight mode to take great pictures in lowlight environments and take advantage of popular features such as Time Lapse and Photobooth Mode.

For the price, you’ll be really hard-pressed to find anything that even comes close to the Pixel 3a’s camera performance. If that’s important to you in a phone and the Pixel 3a is within your budget, that should make up your mind right there.

Here are our first Pixel 3a XL camera samples

Android Pie is available out of the box 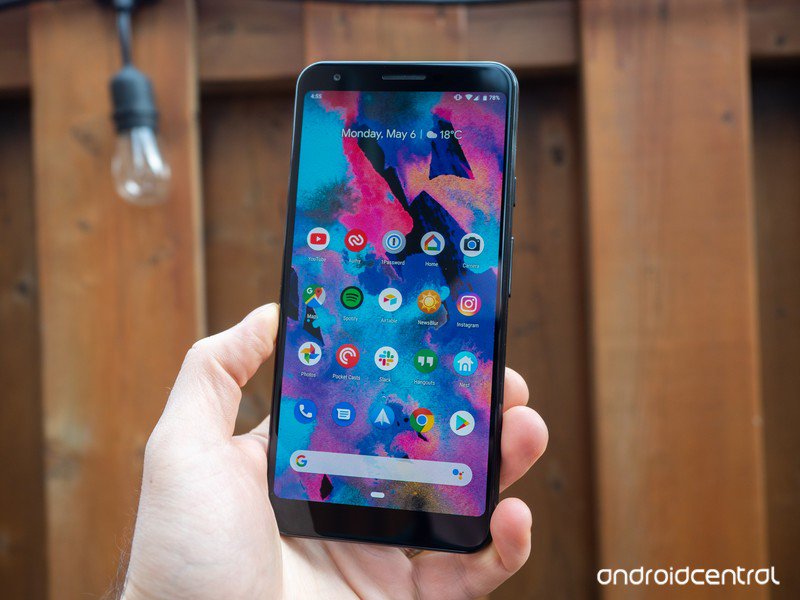 In addition to industry-leading cameras, another highlight for Google’s Pixel series is its software experience.

The Pixel 3a ships with Android 9 Pie out of the box, and if you want, you can live on the bleeding edge and download the official Android 10 beta.

This is the same Android Pie you’d find on any other Pixel phone, meaning it’s super clean, fast, and doesn’t bog you down with unnecessary bloat. And, as time goes on, you can relish in the fact that you have three years of guaranteed OS updates and security patches. 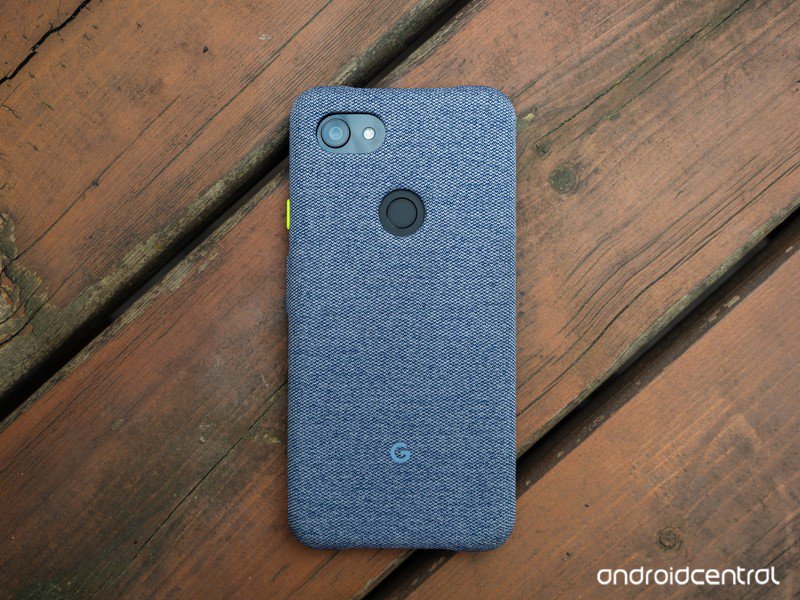 No phone is complete without a few accessories, and the Pixel 3a and 3a XL aren’t exceptions.

Whether you’re in the market for the best screen protectors, cases, or anything else in between, here are the accessories we recommend picking up for your new gadget.

When and where can you buy it? 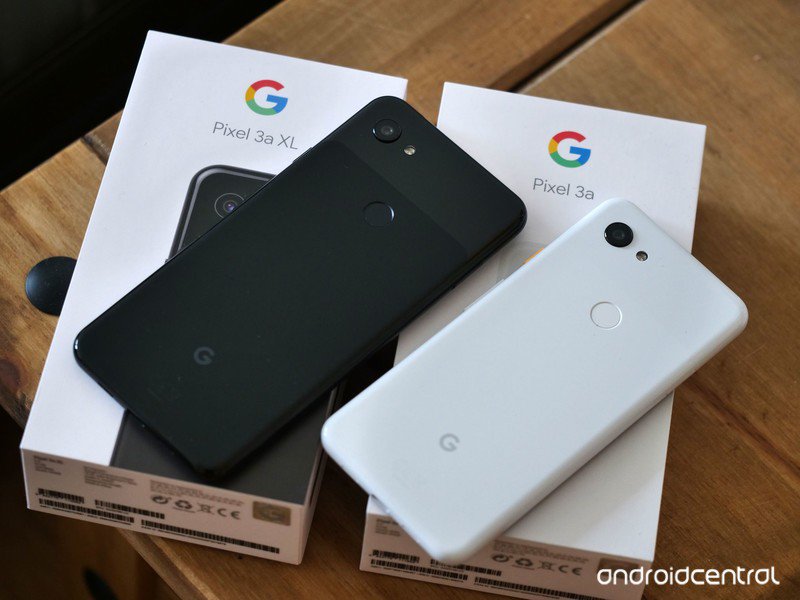 The Pixel 3a is the most affordable of the duo and costs $400. If you want to upgrade to the larger Pixel 3a XL with its bigger screen and battery, you’ll be asked to hand over $480.

You can buy the Pixel 3a right now, and in addition to being sold on Verizon and Google Fi like past Pixel phones, you can also pick it up at T-Mobile, Sprint, and U.S. Cellular.

Where to Buy the Pixel 3a

80% of the Pixel 3 experience for half the cost.

Whether you get the Pixel 3a or larger 3a XL, these are two of the best mid-range Android phones we’ve seen so far in 2019. The camera performance is no competition for anything in this price range, and when you add that together with a great software package, smooth performance, and solid OLED displays, you end up with two pretty great handsets.