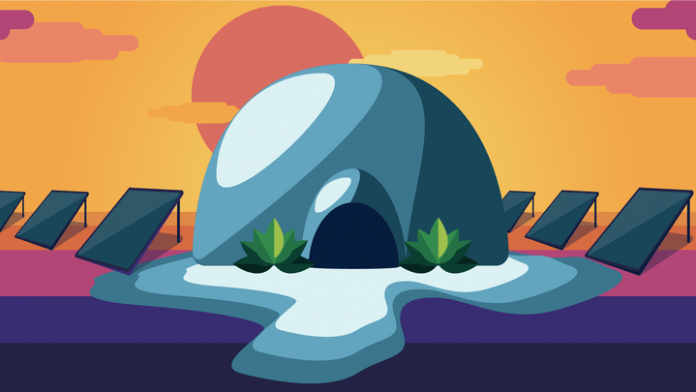 This article is part of The Food Fight, a series that explores how the United Nations’ World Food Programme is using technology to battle food scarcity and put an end to hunger by 2030. Check out the rest of the articles here.

Hunger is one of the most prominent issues humans face worldwide. According to the Food and Agriculture Organization, more than 820 million people currently suffer from a lack of food. That’s roughly one in nine people that go hungry every single day.

Since 2015, the number of people affected by the world’s food security epidemic has grown by about 35 million, with those living in developing countries impacted by it the most. Poverty, food shortages, and climate change all contribute to the issue, but one major issue plays a role in all of those factors — food waste.

Developing countries in Africa, Asia, and Latin America lose about 40% of their food after harvesting and during processing. And 45% of the spoilage is a result of a lack of cold storage. If that sounds like needless food waste, that’s because it is. It’s an issue that can’t be easily remedied by purchasing a fridge as we do here in the states. With 840 million people having no access to electricity, and many of them living in poverty, the answer to this problem isn’t so crystal clear.

Fortunately, a little invention called ColdHubs could be a solution.

Maybe electric refrigerators don’t work. That’s fine. They aren’t all that great for the environment anyway. But what if we ditched the Freon and made them solar-powered? ColdHubs does exactly that.

Using cheap and readily-available insulated panels, these solar-powered walk-in cold rooms provide a temperate place for farmers to store their vegetables, fruits, and other perishable foods. Using a “flexible pay-as-you-store subscription” to sustain the stations, farmers can stash away their produce neatly in the reusable crates, dramatically increasing shelf life from two days to 21 days.

ColdHubs estimates it can decrease food waste by a whopping 80%. This will help local farmers increase their income, and bring more nutrition-rich foods to hungry people in the countries that need it most. With up to 80% of the food in the developing world provided by small farms, ColdHubs is not only trying to curb hunger in these countries but is also supporting global markets (you can thank them for that smoothie you had for breakfast later).

ColdHubs estimates it will decrease food waste by a whopping 80%.

It is also creating more job opportunities for women. ColdHubs primarily hires women to work at its stations, which may seem like a small gesture, but it’s actually a big step toward a much more important goal. The FAO reports that by giving women farmers access to the same resources as men, the number of people starving globally could drop by 100 million to 150 million. Now, who said the future isn’t female?

Founded in Nigeria by farmer/innovator Nnaemeka C. Ikegwuonu, ColdHubs is first doing its work in Africa with the hope it can extend its support to other developing countries in the world.

“We are home to the largest tomato production belt in west Africa, yet farmers are losing more than 50% of their crops due to lack of cold storage. So we came up with solar-powered, walk-in cold rooms which can extend the life of food up to 21 days, and my goal is to push these hubs to all developing countries.” Ikegwuonu told The Guardian.

With help from the German Society of Refrigeration and Air Conditioning, the solar-powered refrigerators use powerful batteries that when fully charged, have the ability to run a unit for up to three days without sunlight, increasing a ColdHubs’ ability to thrive in even the most overcast of locations.

ColdHubs is just one of the many ways people are helping tackle the world’s problems with hunger. If you’re interested in learning more, several organizations like the United Nations Development Programme, UNICEF, World Food Programme, Food and Agriculture Organization, Feed the Future, and the International Fund for Agriculture and Development have initiatives that inform and take steps toward causes directly related to improving food security for people all over the world.

Facebook
Twitter
Pinterest
WhatsApp
Previous articleThanks to iris scanning, refugees can get the food they need at a glance
Next articleWaiting in the wings: How drones are revolutionizing the battle against hunger