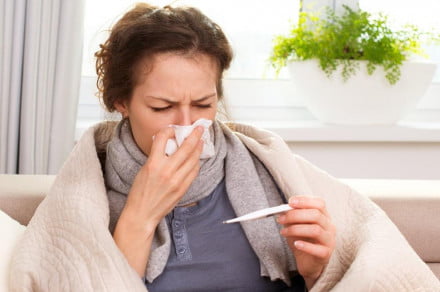 A cure for the common cold has been on most people’s medical wish list forever, but scientists have yet to deliver one. Perhaps until now. Thanks to groundbreaking research carried out at Stanford University and the University of California, San Francisco, researchers have discovered evidence suggesting it may be possible to create a form of universal protection against the common cold and other viral diseases, too — and all it requires is temporarily disabling a single protein inside our cells.

“Most cases of the common cold are caused by rhinoviruses,” Jan Carette, associate professor of Microbiology and Immunology at Stanford, told Digital Trends. “There are more than 150 types of this virus, making it virtually impossible to create a vaccine for this virus. In our study, we have identified one particular protein from our own body that the rhinoviruses critically depend on to make us sick. We have shown in human lung cells and in mice that taking away that protein leads to complete resistance to virus infection. Therefore, this protein could be an excellent target for antiviral therapy.”

In addition to colds, the approach of targeting proteins in the cells could also be used to stop viruses that are associated with asthma, encephalitis, and polio. The exact protein that is affected is one that enteroviruses apparently need in order to replicate. By targeting a protein in this way, the researchers get around one of the big problems with creating a universal flu vaccine: Namely, that the flu continues to mutate every season.

“Drug resistance can be a problem for these viruses that rapidly mutate,” Carette explained. “This is especially seen in traditional antiviral therapy where the drug directly targets a viral protein because the virus can mutate in a way that it loses interaction with the drug. Our approach is different because we target a human protein that the virus depends on, therefore [creating] a higher barrier to drug resistance. Nevertheless, as we have have learned in treating HIV, successful antiviral drug therapy will require combination therapy with drugs that have distinct modes of action.”

Carette suggested that this approach will make an “excellent candidate” for antiviral therapy. The next phase of the project will involve finding drugs to disable this protein temporarily. Once one has been discovered, preclinical testing and clinical trials can be performed. This is likely to take place in the next five years.

A paper describing this research was recently published in the journal Nature Microbiology.