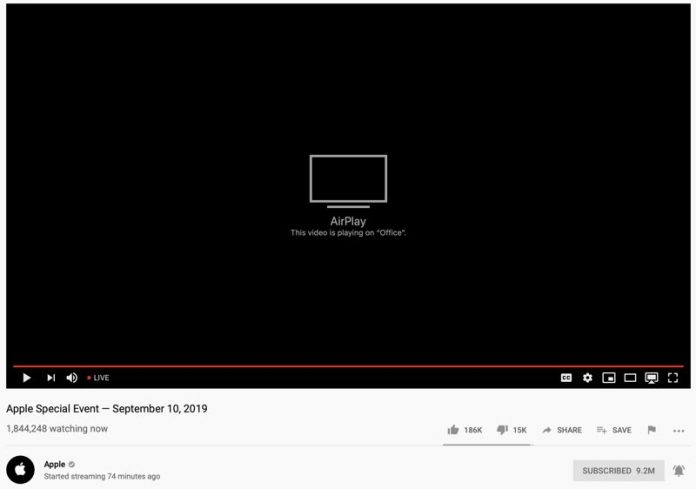 Apple always live streams its iPhone events on its own Events website and the Events app on the Apple TV, but this year, for the first time, Apple also did a YouTube live stream.

Within just 10 minutes of when the event kicked off, Apple had over 500,000 viewers, and at the live stream’s peak, when new iPhones were being shown off, Apple reached 1.875 million viewers.

After this screenshot was taken, views climbed even higher
We’ve never before known how many people watch Apple’s live streams because the company doesn’t share that information, but the YouTube metric gives us some idea of how popular it was. For comparison, it earned more views than YouTube live streams from other companies like Samsung and Google.

The biggest YouTube live stream saw 8 million people tuning in when Felix Baumgartner jumped from a space capsule at 120,000 feet and parachuted back to the earth’s surface, while SpaceX’s Falcon Heavy launch in September 2018 garnered 2.3 million views.

Apple’s live stream is no longer available on YouTube at the current time, but the full event video has been uploaded.