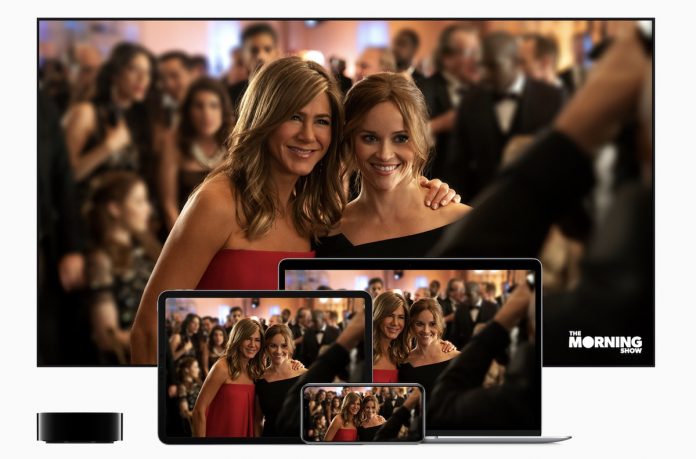 Apple plans to make an impact in Hollywood by premiering feature-length movies to theaters before releasing them on its upcoming Apple TV+ streaming service.

According to The Wall Street Journal, Apple has “made overtures to cinema chains and consulted with an entertainment executive” as it considers following a traditional theatrical release plan.

If Apple follows through with the plan of observing a significant period of theatrical exclusivity, it would be adopting a longstanding business model in the commercial cinema industry that’s also a proven route to awards eligibility, since film awards typically require a theatrical run for their candidates.

Theater chains want to attract audiences for as long as possible before they have the option to stream movies at home, with some requiring a 90-day period of exclusivity before movies go to home streaming services.

Netflix often releases its films in theaters before streaming them. However, adopting the plan could be perceived as risky for a new venture like Apple TV+, as Apple will likely want to use new content to attract and retain subscribers to its $4.99 per month streaming platform, due to arrive on iOS, Mac, and Apple TV in November.

Tag: Apple TV Plus
This article, “Apple Movies Could Premiere in Cinemas Weeks Before Being Released on Apple TV+” first appeared on MacRumors.com