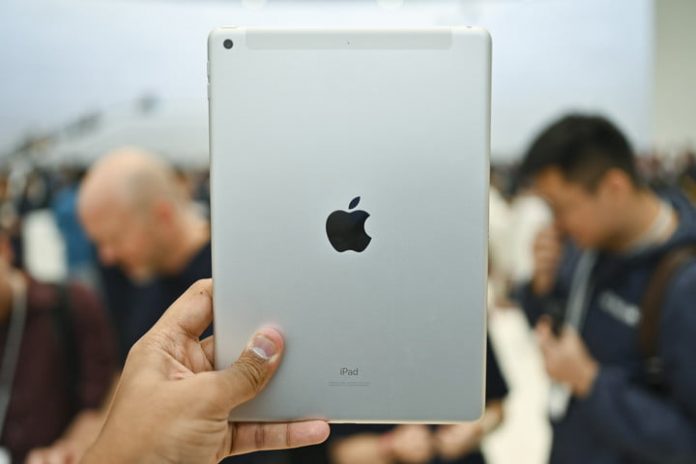 Alongside a trio of new iPhones and an upgraded Apple Watch, there was also a slightly improved entry-level iPad on show at Apple’s September event. Whether you own an older iPad and you’re wondering whether to upgrade, or you’re just shopping for a new tablet and want to know what Apple’s most affordable option has to offer, we have you covered. We’re going to delve into all the differences between Apple’s 2019 iPad and its 2018 iPad, so you can decide which one is for you.

It’s unusual for Apple to release a new iPad version and not improve performance, but the iPad (2019) has the same A10 Fusion chip as the iPad (2018). Apple doesn’t reveal RAM, but we know last year’s iPad had 2GB and it’s highly likely that remains unchanged in this year’s model. What that means is that you can expect the same level of performance from either tablet. We found the iPad (2018) to be speedy and slick for the most part, though this chip is the same one Apple put in the iPhone 7 and it’s definitely aging; expect to see the odd frame rate issue with demanding games.

Apple doesn’t state battery capacity either, preferring to suggest that the iPad (2019) will give you 10 hours of mixed use, which is what it said about the iPad (2018). We assume the new iPad has a bigger capacity than the 8,827mAh in the iPad (2018) simply because it has a slightly bigger screen to power. Sadly, there’s no fast charging or wireless charging support for either.

The seventh-generation iPad is a bit bigger and heavier than the sixth-generation iPad to accommodate the larger display, but aside from that, the design language is exactly the same. There are sizable bezels around the screen and a Touch ID fingerprint sensor at the bottom when you hold it in portrait. Both feature a strong and durable aluminum body, though the newer iPad is the first to be made from 100% recycled aluminum. They come in the same three colors: Silver, gold, or space gray.

Sadly, there’s no mention of water resistance for either tablet. We can’t divide them on design or durability.

With an extra half-inch of display we’ve finally found a tangible improvement in the newer iPad. The iPad (2019) has a 10.2-inch screen with a resolution of 2,160 x 1,620 pixels which translates to 264 pixels per inch. It’s exactly the same Retina display as you’ll find in the iPad (2018) in terms of quality, brightness, and sharpness, it’s just a little bigger.

The iPhone 11 may have gotten a dual-lens camera and the iPhone 11 Pro and Pro Max boast triple-lens cameras, but Apple left the camera configuration in the basic iPad unchanged. That means you’ll get a single-lens 8-megapixel camera on the back and a 1.2-megapixel front-facing camera for FaceTime.

We’re excited about iPadOS, Apple’s tablet-optimized operating system that brings new layouts to many apps and an updated Split View to take advantage of all your screen real estate and make it easier to get productive on your iPad. You’ll also be able to pinch the onscreen keyboard to shrink it and use Slide Over to quickly switch between open apps or have one app hover over another. It will be available on both these iPads, though, so it’s not a point of difference. We also expect them to be updated on the same schedule for the foreseeable future.

While both these iPads support the first-generation Apple Pencil ($99), only the newer iPad boasts a smart connector. That means it can pull duty as a laptop stand-in with the full-size Smart Keyboard, however, that Apple accessory will cost you $159 which is nearly half the price of the iPad.

You can order the iPad (2019) now and it starts shipping September 30. The basic model is $329. If you want cellular network support, then it starts from $459. You’ll need to pay more for the 128GB versions ($429 and $559 respectively) and we think you’ll want to because 32GB isn’t really enough storage space. That’s the same pricing as the iPad (2018) which has now been discontinued by Apple, though you can likely still find it at various retailers and it may be discounted now.

The seventh-generation iPad is slightly better than its predecessor, but we’re talking about a half inch of screen (measured diagonally) and that smart connector option. If you’re buying new, the trial of Apple’s streaming and gaming services may also sway you toward the newer iPad. And it’s perhaps worth mentioning that the cellular version of the iPad (2019) supports Gigabit-class LTE connectivity which makes cellular data connections up to three times faster than the iPad (2018). But that’s really all that sets them apart. Needless to say, if you already have an iPad (2018) there’s no compelling reason to upgrade.