After spending the last several months in various beta releases, Google has released the final version of Android 10 to its Pixel users. The latest release of Android is available beginning today, September 3, and looks to be coming to other devices in 2019.

Key features in the Android 10 build include Focus Mode, Live Caption, and Project Mainline. It’s worth pointing out that Focus Mode is only offered as a beta at this time and that Live Caption will launch later this year and should be a Pixel-only feature for a limited time.

Focus Mode helps users unplug for studying, down time, family time, or whenever they’d like to be free from common phone distractions. It eliminates notifications from apps and games for determined times, giving users time to focus on whatever it is that’s important.

Android Q to officially be known as Android 10

If you’d like to learn more about Focus Mode, or install it on your Android phone, we’ve got a primer with instructions.

Live Caption is a way to have your phone display real-time captions for any audio or video presented on your handset. As cool as it sounds, and looks, we won’t see it until later this year where, presumably with the launch of the Pixel 4.

Project Mainline, for its part, helps Google address critical security issues by directly patching through the Play Store, is perhaps the most important. With that said, it won’t be offered to devices which update from Android 9 Pie to Android 10; only those models which launch with Android 10 will include the service.

How to get Focus Mode on your Android phone now

Other notable details in Android 10 include simpler notification and security controls, better management for families, and a Dark Theme.

Android users may have recently noticed that select Google titles have been given options for dark colors. According to Google, all of its first-party apps will support the Dark Theme but not all of them are available as of today.

One of the most obvious changes to Android comes in the gesture navigation. With Android 10, users can swipe to go backwards, pull up the home screen, and move between tasks.

To learn more about what’s new and interesting in Android 10, head to the official Google blog. 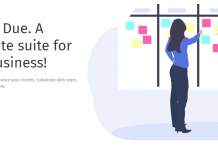 ProjectDue: A lifetime business solution is yours for as low as $30 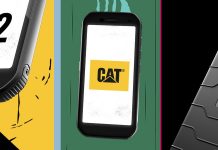 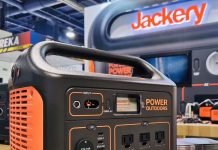 Jackery powers up Explorer 1000 and Explorer 300

Mars’ water is evaporating away even faster than we expected