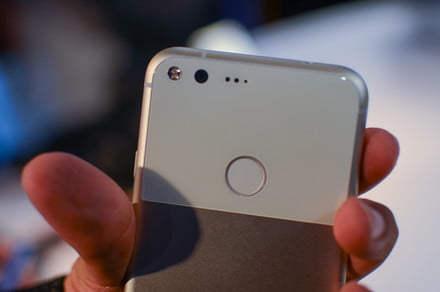 If you had an original Google Pixel phone, you could be eligible to file for a $500 claim.

A lawsuit against Google reached a $7.25 million settlement in May. The class-action lawsuit made by a California law firm focused on the devices’ defective microphones and alleged that Google did not fix the problem with replacement phones, despite Google admitting to the fault in March 2017. In the past, Google said that the issue affected less than 1% of Pixel phones.

The claims website is now open to people who bought an original Pixel or Pixel XL in the U.S. that was manufactured before January 4, 2017. Those who did not receive a replacement phone manufactured after January 3, 2017, or refurbished after June 5, 2017, are eligible to file a claim.

Pixel owners could get up to $500 if multiple defective devices were purchased. Those who experienced the defect on a single phone will get $350. In addition, Pixel users who paid an insurance deductible to receive a replacement device will be refunded in the amount of the deductible. All first-generation Pixel owners who purchased the phone before the specified dates — even if they did not experience a defect — are entitled to $20.

The deadline to file a claim is October 7. Payments will only be made after the court approves the settlement, which would happen at the next hearing on December 6. Users can expect payments to be distributed within three months of court approval.

Since the original Pixel, Google has come out with the Pixel 2 and Pixel 3. The Pixel 4 is set to debut later this year with updated features like a better display screen, two camera sensors, and new gesture-recognition technology.

Pixel users also experienced an issue with the Pixel 3a and Pixel 3a XL variants, which came out in May. Shortly after the release, Pixel users were complaining that their phones were randomly shutting down.

The defective original Pixel devices described in the lawsuit had what Google described as a “hairline crack in the solder connection on the audio codec,” which caused significant microphone and speaker issues.

Digital Trends reached out to Google about the settlement, but the company had no comment.