The last piece of the remaster puzzle is finally here. Final Fantasy VIII is looking better than ever! 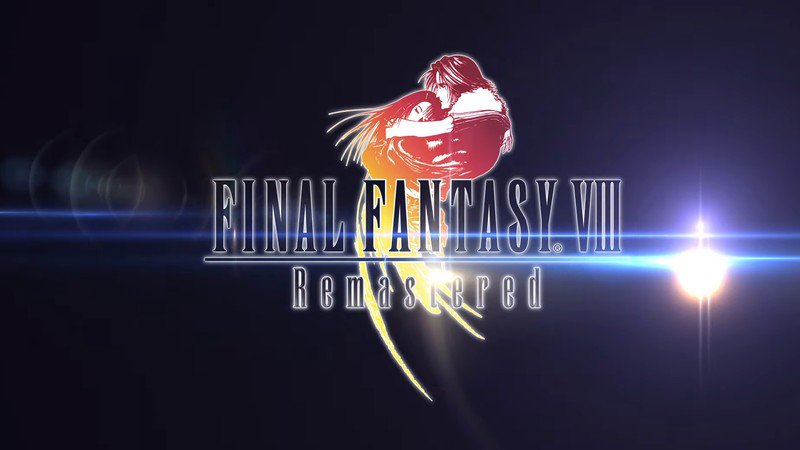 With that in mind, I’m going to tell you everything you need to know about Final Fantasy VIII, and what “remastering” means for the game as a whole. There is some information that is pretty scarce right now but we will fill in more information as we get it.

What is Final Fantasy VIII?

Final Fantasy is a standalone game in the Final Fantasy series that first appeared on the original PlayStation in 1999. Featuring graphics that were groundbreaking for its time, and way beyond any other Final Fantasy game, it is a story of love and friendship and brooding.

The game follows Squall and a group of his “friends” as they travel the world trying to save it from an evil witch. To help you in your quest, you gain Guardian Forces, enormous elemental beasts that give you abilities and powerful attacks when you need them. Things start to get a little meta by the end of the story — one of the main sticking points for some Final Fantasy fans — but every moment of the four-disc game is packed with intense monster battles and compelling storylines.

It’s finally happening. The release date for the remaster is finally up! With all the craziness around Gamescom 2019, it would have been easy to miss this tweet from the Final Fantasy Twitter account but they have confirmed that the game will release on September third, 2019.

It seems it will be a simultaneous launch on all four platforms, PlayStation 4, Xbox One, Steam for PC, and Nintendo Switch. I will be getting it on at least two of those platforms for sure! 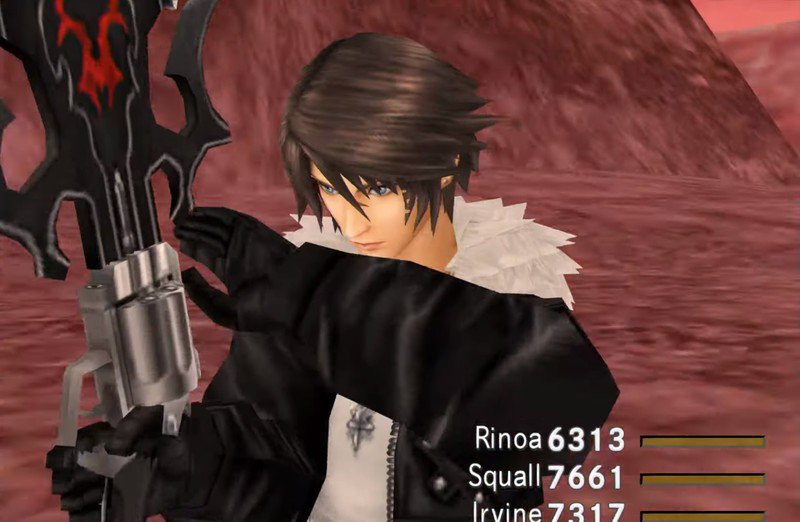 Like most of the earlier Final Fantasy games, VIII uses the classic JRPG turn-based system. You control up to three characters at a time and you set their action at the beginning of their turn. Turn-based action allows you to think strategically and use the characters’ unique abilities to their fullest. All the players and enemies have a meter that fills to decide turn order, and because it’s an RPG this stat can be upgraded.

Actually, all of your stats can be tweaked in Final Fantasy VIII. The game uses a junction system that allows you to connect spells to your stats like Spirit and Power. The more powerful the spell, and the more of that spell you have junctioned, the higher that stat will go up. This creates a balancing act in the game, where you have to use conserve certain spells for your stats while still using them to attack. It’s a lot of fun.

There are plenty of random encounters when you get to the open world parts of the game, though a lot of the story is extremely linear with huge set battles that require you to use all your abilities. These vary depending on your level but include magic, attacks, stealing items, and using Guardian Forces to cause massive damage.

Like almost all Final Fantasy games, FFVIII also has a side game, in this case, called Triple Triad, a card game that is not only a lot of fun to play but helps you can items by refining cards. When you add the card game to the already huge storyline you end up with a game that can consume hundreds of hours. At a minimum, you would expect to play for around 60 hours, but it can go much higher. I once spent 250 hours on a playthrough, maxing all of my characters just for the lulz.

Is this a remake?

No, this is a remaster. A remake normally means that the gameplay has had a major overhaul as well as the graphics, essentially making a completely new game with the same storyline. Final Fantasy VII is getting that exact thing, with a huge amount of time effort being put in to make it a completely new experience.

Final Fantasy VIII: Remastered, however, keeps all of the same game mechanics, including Guardian Forces, and simply increases the graphical fidelity to the point where it is playable on HD screens. The original game was made in glorious 240p and, as you can imagine, that doesn’t play well on a 65″ 1080p screen.

This remaster has taken the character, weapon, and enemy models and rebuilt them from the ground up to be completely 3D, instead of textured to look 3D like the original. As you can see by the comparison pictures a lot of work has gone into updating the character models, and though aren’t perfect, they are good enough to play the game without your eyes bleeding. Nostalgia is a huge part of these remasters so it is important that while the game is updated to fit modern technology, it isn’t edited to the point of being unrecognizable.

While Square Enix hasn’t touched the main gameplay, they have added several ways to make the game a little more enjoyable for those who have already played. The game can now be played up to three times faster than the original game. This makes a lot of sense as some of the animations and all of the cutscenes are time-consuming to watch, and moving around the world can take more time than needed.

They have also added the ability to max out your HP and ATB gauge — your ATB gauge controls what abilities you can use. This will give your playthrough a more cinematic feel as you will always be able to do the best abilities and you’ll never die. Only use this if you have played the game already or you will lose a lot of what makes playing the game feel worthwhile.

Lastly, Square Enix will give you the option to turn off some of the timed content in the game. There are certain sections that are a race against the clock, and if you are running the game at three times the speed, these parts just don’t work. I’ve never enjoyed that part of the game so it’s great that they have given us a toggle.

How can I get Final Fantasy VIII: Remastered?

At the moment all we know is the game will be available this year. No set timeframe or preorder is available so we will just have to wait for news as it happens. The cost of the game is likely to be on par with other remasters like the Final Fantasy x/x-2 Remaster. You will likely be looking at a full price, $50 game, but that’s fine with me. I know that I will be spending a couple of hundred hours playing the game. $0.50 an hour for an awesome game is a great deal. 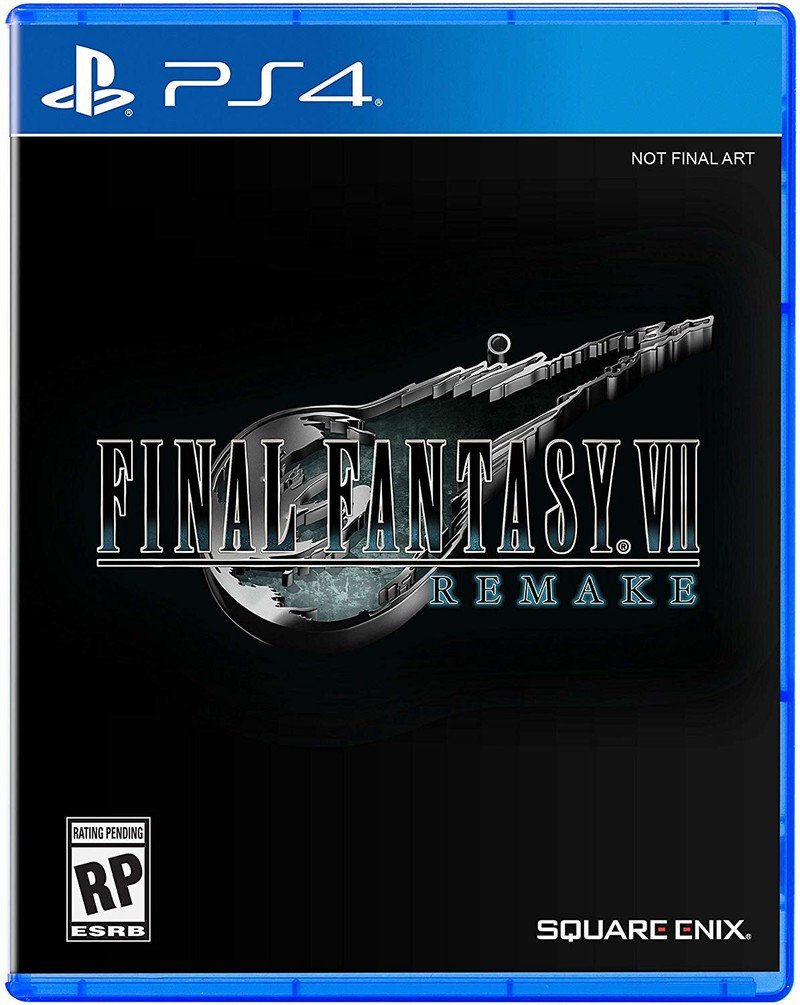 While this isn’t Final Fantasy 8: Remastered, it is Final Fantasy 7: Remake, and it is going to be awesome. Taking all of the best parts of every final fantasy game and merging them into one, amazing experience.

Things to do while you wait for Final Fantasy VIII: Remastered 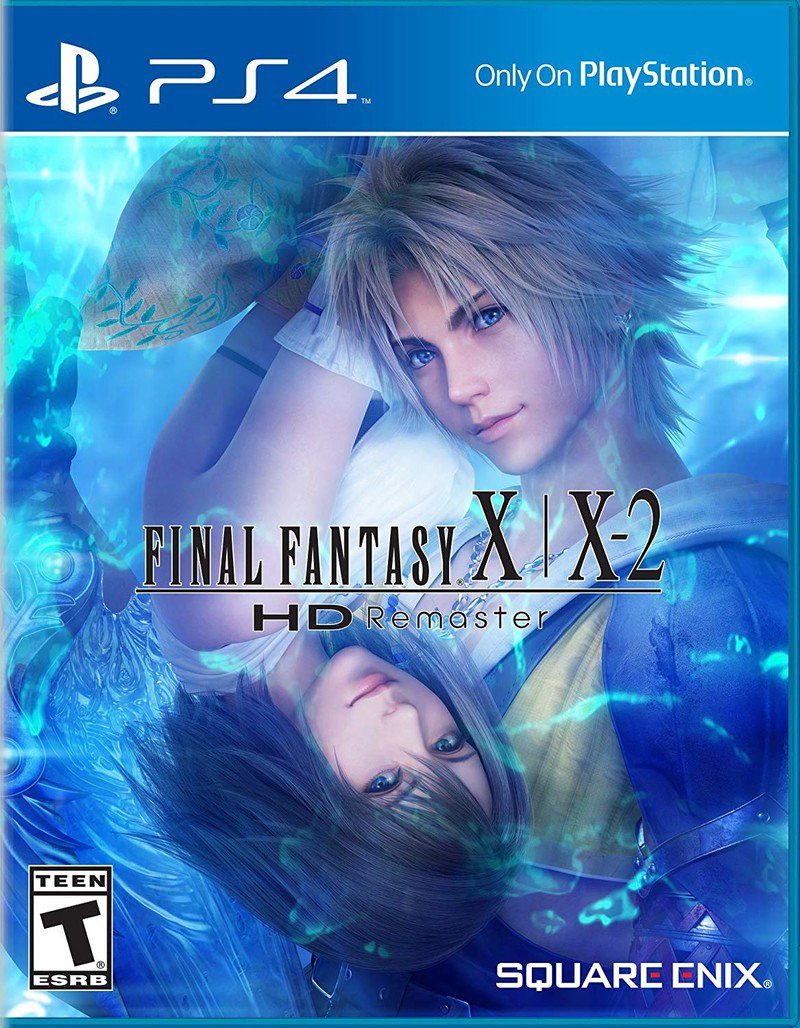 Playing these two remastered games will give you a good idea of what the Final Fantasy VIII remaster will bring to the table. Plus they are great games in their own right. 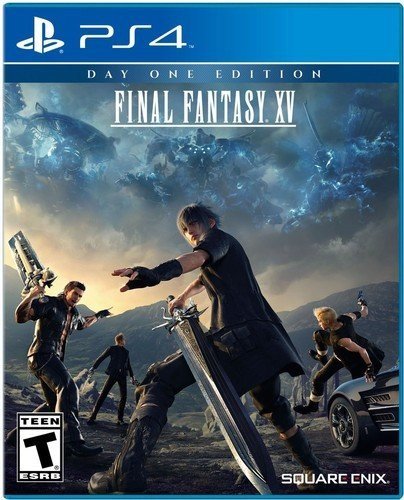 While less traditional than most Final Fantasy games, XV is still a compelling story with an all-new fighting mechanic. If you haven’t tried it, now is a perfect time. 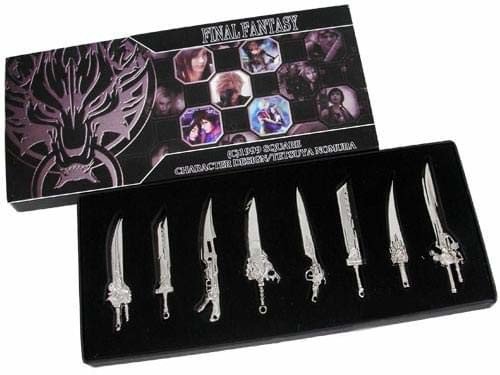 If you love the Final Fantasy games then this collection is for you, it features all of the iconic blades from the series including Squall’s Gunblade and Cloud’s Buster Sword. All the blades are made of diecast metal and look really detailed.