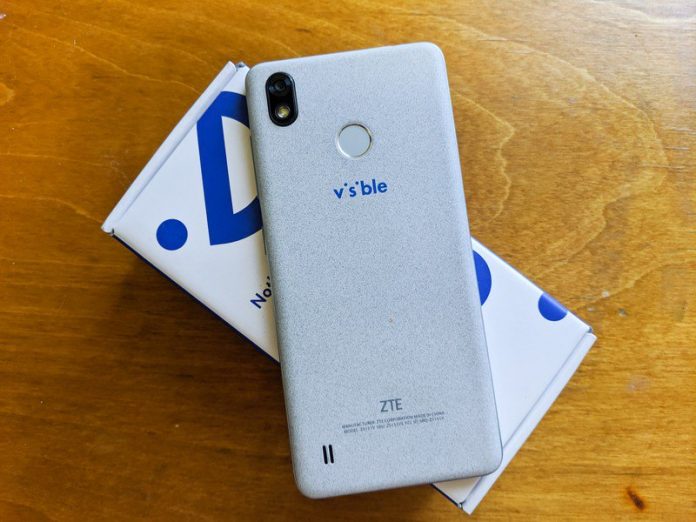 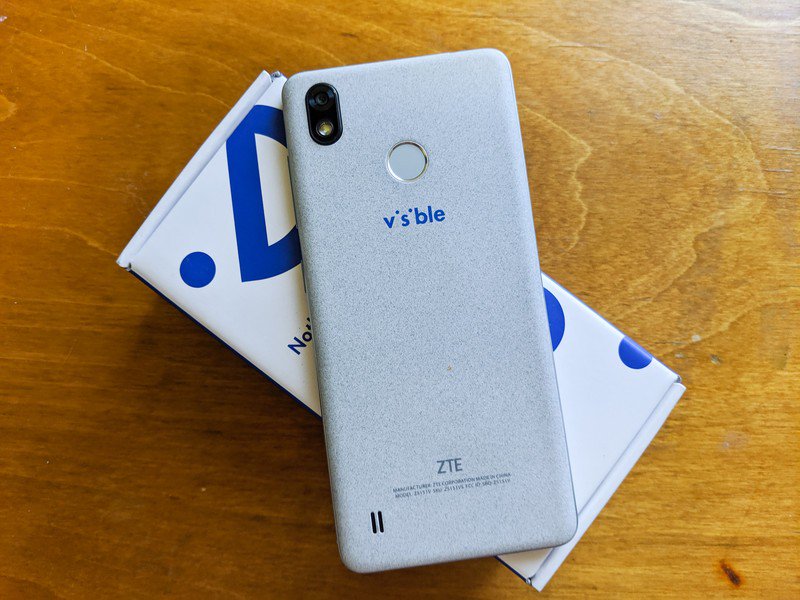 The Visible R2 offers the convenience of Verizon’s nationwide LTE network at a great price, but there are better ways to use it than this phone.

You’ve probably heard about Visible, the company that’s not quite an MVNO and provides unlimited Verizon service at a super-competitive price. We’re big fans here and think that anyone with good Verizon coverage (which is most of the country) should give it a look. You can bring a select few Android phones or iPhones to the carrier, but the company also offers its own branded smartphone with the ZTE0-built R2 at a price that might catch your eye: free with a trade-in, or just $99 outright.

A phone this cheap that runs on service this good just begs a closer look, so strap in and see if a $99 phone is worth looking at.

A smartphone on the Cheap

Did I mention it’s dirt cheap?

The Visible R2 is not a phone that’s going to satisfy anyone who expects a great Android phone. But for $99 it’s not the worst phone available. 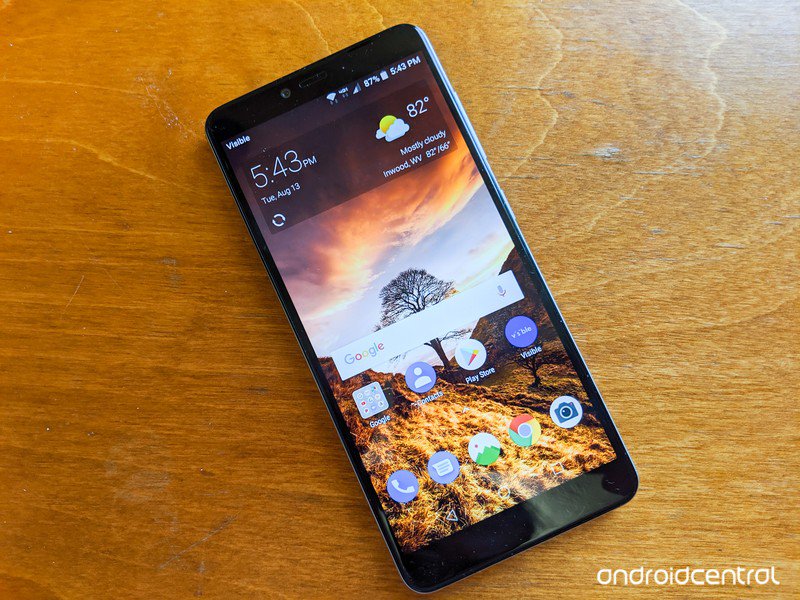 This phone looks great. Honestly, I was pleasantly surprised when I removed it from its packaging and the soft heather gray back and faux-aluminum frame struck me as both subtle and striking all at once. It’s difficult to take the rectangular slab look and make it appealing, but ZTE has done just that here. The glass is nicely beveled, the various holes and ports — including a headphone jack and USB-C — are precise. The rear fingerprint scanner is positioned in a natural finger-resting spot, too. At a glance, you might think this is a phone that costs a lot more than it does.

Which is a great segue to the one thing I really love about the R2 — it’s a modern smartphone that only costs $99. Make no mistake — anyone who uses a smartphone form more than the basics is not going to love this phone. But for $99 it’s capable even if it happens to be sluggish and storage-limited. 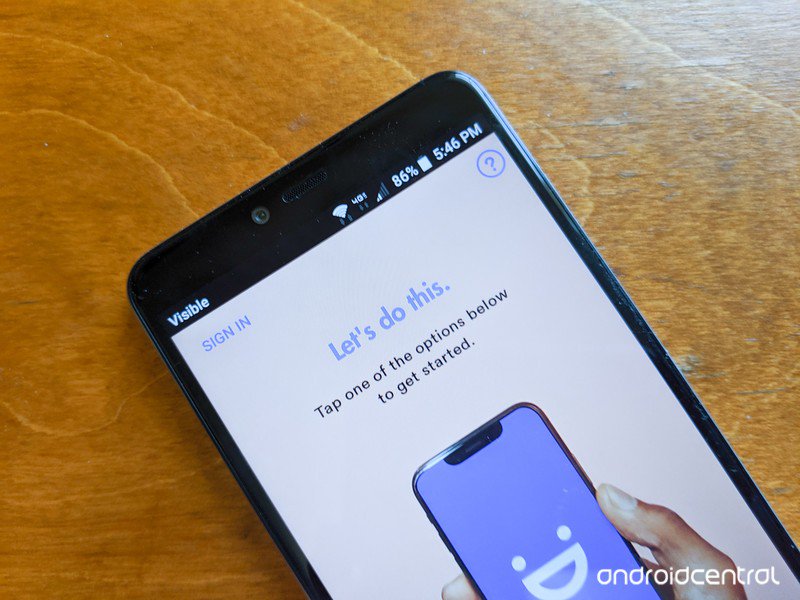 The software has thankfully been pared back to the basics, and outside of the expected Google apps you’ll only find the Visible app preloaded, which you absolutely need in order to use the phone. This helps keep background processes in check and gives the R2 a solid day of battery life with “normal” use, though what’s normal with a phone that doesn’t have the horsepower to do all that much isn’t normal for a lot of folks.

I can’t gush over the R2 and maybe saying that it’s a good deal for $99 isn’t a heap of praise, but that’s the gist of what I like here. I wouldn’t want this phone to be my daily driver, but I’m totally down with buying one as a backup or for that person who doesn’t use their phone all day every day. I guess I gave away the ending here, didn’t I? 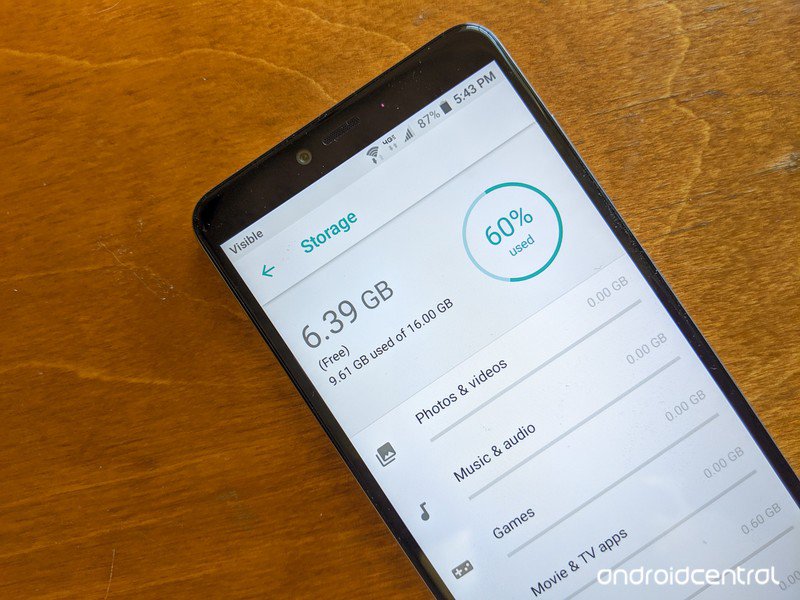 You have 6.4GB of free storage when you first turn on the Visible R2. This, combined with the often horrendously sluggishness of, well, anything you try to do will be a huge pain point for almost every user. The Snapdragon 425 is slow at basic tasks, like using the keyboard or opening an app and utterly anemic when faced with something more taxing than the messaging app. Mind you, I’m not only comparing this against a phone with the best specs — I use a BlackBerry KEY2 as my daily driver and it’s not exactly a speed demon.

If you’re patient you’ll find that the R2 can do anything you ask of it even if it’s not adept and doing anything in a rush. The storage problem isn’t so easily overcome, though. I could live within the confines of 6GB of storage, but only because I depend on cloud storage for all but the most sensitive things. You can also install an SD card which means you’re not trying to fit a season of shows or hours of your own video on the internal storage, but that’s not the solution when it comes to apps. Many apps don’t take advantage of removable storage the way we would expect and 6GB will go fast if you venture into the Play Store too often.

You’re giving up a lot when you buy a $99 smartphone.

Another head-scratcher that I just can’t excuse is that you can’t connect to a 5GHz Wi-Fi network. At first, I had thought I was sent a defective unit, but a quick check of the Google and I found that the R2 just doesn’t do 5GHz Wi-Fi. 2.4GHz Wi-Fi works well enough, but it also means that you’ll never have a really fast connection to anything since Visible’s service is capped at 5M/second. Is it fast enough? Yes, but can anything really ever be fast enough?

My last gripe is that the R2’s wonderful looking heather gray soft-touch back seems pretty darn flimsy when you’re holding it. It’s not going to come off unless you really try, but feeling things flex and wiggle doesn’t make me very confident that the phone is built well enough to survive a fall or a day at the bottom of a laptop bag. To be fair, I haven’t dropped it or tossed it into the recesses of my bugout bag so it may well be tougher than it feels. Perhaps I can spend some time abusing it now that the review is finished.

The camera What you would expect

The R2 has a 13MP rear camera with HDR. like most everything else about the phone, it’s what one would expect from a phone that’s under $100. The camera app is slow to open, the shutter is slow to fire, and the photos are mediocre for the most part.

These photos are fine for sharing on social media, which is the main purpose of any camera nowadays it seems. But if you’re looking for a way to create a keepsake photograph or anywhere that you might get a once in a lifetime shot, bring a better camera.

Should you buy the Visible R2? Probably not 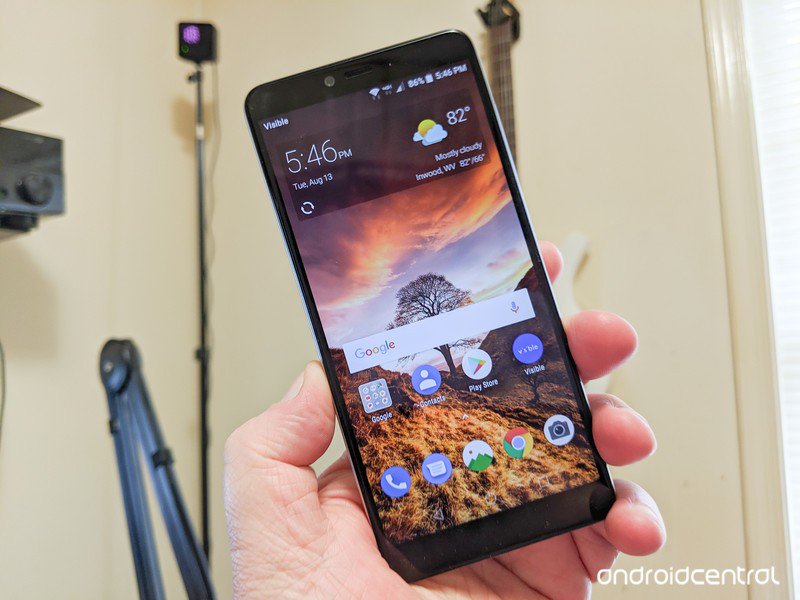 I don’t want anyone to think I hate this phone because I don’t. At least, I don’t hate the idea of this phone.

I think most of us know someone who isn’t as attached to their smartphone the way some of us are. the person who uses a phone to stay in touch through messaging and happens to take a picture every now and then would likely be served just fine by this one. But I know I wouldn’t and I’m not one who treats a phone as an extension of the arm. Even my use case is too much for this one.

Having said that, nobody is claiming that the R2 is a competitor to the latest Galaxy S or Pixel phone. It’s designed to be an adequate way to stay connected for just $100. And at that, it does a fine job.

I mentioned earlier that I would buy this one as a backup phone to take camping or to have in case I need it. It’s a lot better than having nothing at all, and it can take advantage of service that’s pretty darn exceptional. I can think of worse ways to spend $100.

A smartphone on the cheap

Did I mention it’s dirt-cheap?

The Visible R2 is not a phone that’s going to satisfy anyone who expects a great Android phone. But for $99 it’s not the worst phone available.