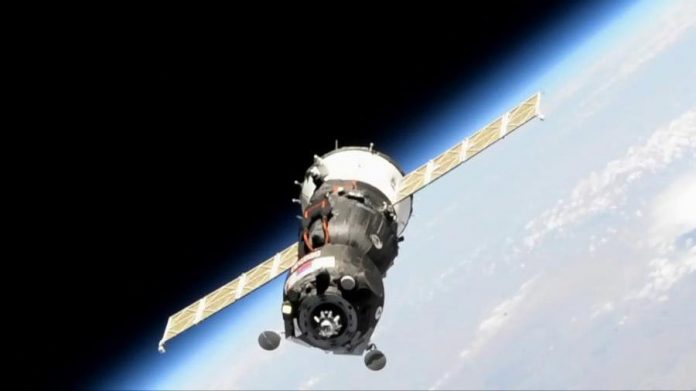 An uncrewed Russian spacecraft had issues docking with the International Space Station (ISS) on Saturday. The craft is still in orbit and will make a second attempt at docking on Monday night.

The Soyuz MS-14 craft was launched from the Baikonur Cosmodrome in Kazakhstan on Wednesday, August 21, at 11:38 p.m. EDT, and made a total of 34 orbits of Earth before attempting to dock with the ISS. However, as the craft approached the ISS at 1:36 a.m. EDT on Saturday, the Russian team overseeing the maneuver decided to abort the docking because the craft could not lock on to its target on the station’s Poisk module.

The craft withdrew to a safe distance from the ISS while Russian controllers investigated. The early results of the investigation showed the issue may have been due to the station’s part of the Kurs automated rendezvous system, rather than a fault with the Soyuz. To address the problem, Russian space agency Roscosmos will send instructions to the ISS crew to swap out the signal amplifier, a part of the docking system, to see if that fixes the target lock-on.

The craft will continue on its trajectory near to the station, and it will be close enough to dock again in 24 hours and 48 hours time. The plan is now for a second attempt at docking to take place on Monday night at 11:12 p.m. EDT. Instead of aiming to dock with the Posik module, the mini-research module which acts as the primary docking location for Soyuz and Progress logistics vehicles, the craft will aim for the aft port of the Zvezda service module instead. The ISS team has already checked the Kurs docking system there and found it to be working perfectly.

Once the Soyuz docks with the Zvezda module, ISS astronauts Alexander Skvortsov of Roscosmos, Luca Parmitano of the European Space Agency, and Drew Morgan of NASA will put on their spacesuits and enter the craft, then pilot it over to the Poisk module and dock it manually. This process should take around 25 minutes and because the docking will be manual, the Kurs system is not required.

To see how the second docking attempt goes, you can watch live on NASA TV on Monday night from 10:30 p.m. EDT.