The Uncharted movie has lost its director, according to a report from Deadline. In their report, Deadline states that while Dan Trachtenberg has left the film, Tom Holland is still signed on to play Nathan Drake. Deadline notes that Sony is trying to find a replacement director extremely quickly.

Another interesting note in this news is that the film will now be the first project of PlayStation Productions, the new media studio that Sony founded earlier in the year. PlayStation Productions is tasked with translating Sony-owned games into movies and TV shows, joining the production team of Chuck Roven, Avi Arad and Alex Gartner.

Developed by Naughty Dog, Uncharted has been massively successful for PlayStation, both critically and commercially. We’ll have to see how things continue and who will replace Tractenberg as the director. While his list of directed works isn’t incredibly long, it does include 2016’s notable 10 Cloverfield Lane. He’s not the first director to have left the film either, as Sony has been working to get it off the ground for several years now. Uncharted: The Nathan Drake Collection is perfect for anyone looking to experience Nathan Drake’s first three games on modern hardware. Remastered by Bluepoint, there are three great adventures to undertake. 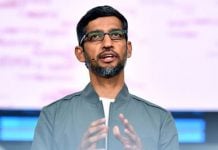