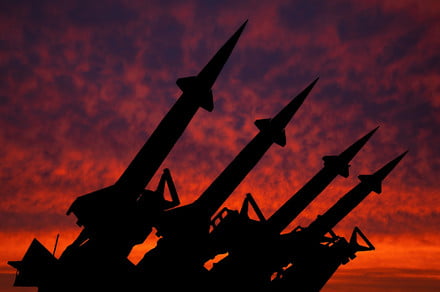 The United States military wants to equip itself with a new type of artificial intelligence-guided missile, which will use A.I. smarts to pursue its targets. While the U.S. Army already employs a missile which uses infrared sensors to locate and attack tanks at a range of around 200 meters, this new smart projectile could serve as a longer range option. Several contractors are hoping to win the Cannon-Delivered Area Effects Munition (C-DAEM) bid, with prototype demonstrations set to be shown off in 2021. The time between now and then will be used to develop the necessary software.

Requirements for would-be contractors include the ability to build a weapon that can hit “moving and imprecisely located armored targets” whose “exact position has high uncertainty.” The level of autonomy of this weapon isn’t wholly clear.

New Scientist, which reported the news, said that “unlike laser-guided weapons, which hit a target highlighted by a human operator, C-DAEM will find targets for itself.” It will boast algorithms able to distinguish between friend and foe in battlezone situations that could contain civilians alongside military troops.

However, a spokesperson for the U.S. Army disputes that this will be a missile that selects its own target. In a statement, they said: “This is not an autonomous weapon, nor is it intended to be. We seek an advanced capability for a round — once fired — to continue pursuing a target despite the types of interference that might cause it to pursue something else. This would improve our capabilities to avoid collateral damage.” In other words, this would be akin to a heat-seeking missile on steroids.

Given that the contracts for the C-DAEM won’t be awarded until 2021 at the earliest, it’s not clear exactly how long it will be before the weapons are likely to be deployed in a conflict situation. Nonetheless, it’s yet another example of how cutting edge artificial intelligence — which most of us associate with consumer-facing products — are being examined for potential military usage as well.